October 25, 2013
By Donna Heiderstadt
Back to Article 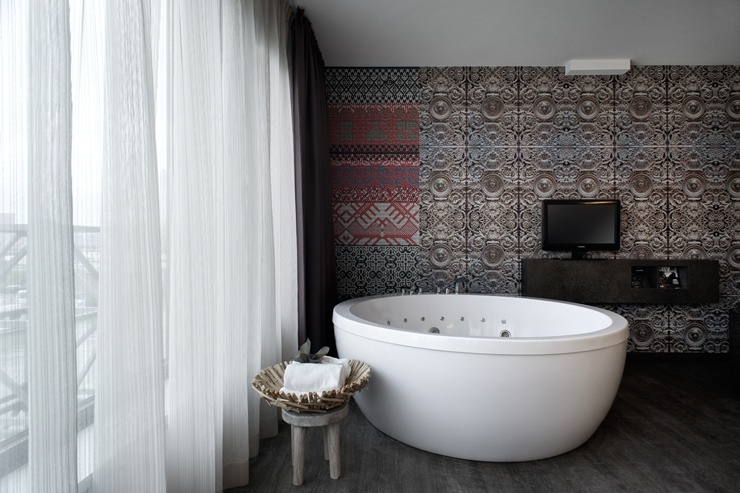 Feran Thomassen’s design for the Waterfront Spa Rooms at Mainport in Rotterdam, which feature large in room Jacuzzis and Finnish saunas off of the bathroom, combines the rich fabrics and colors of the East with the clean, contemporary dimensions of the West. 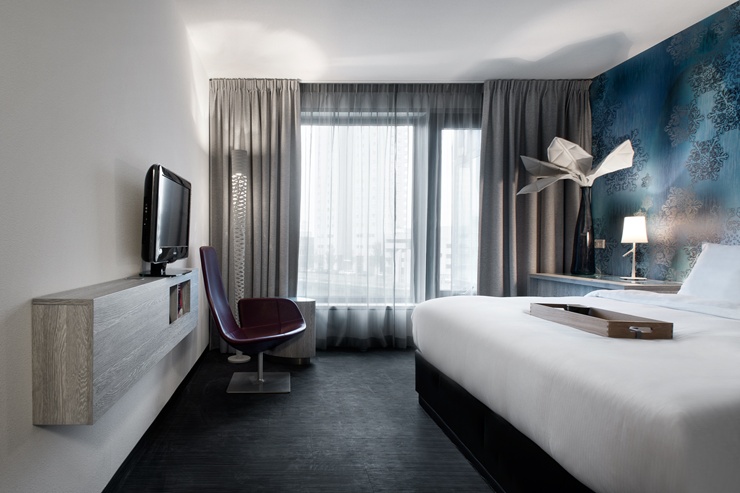 Each of the five room categories at Mainport, which opened in Rotterdam in May 2013, has a slightly different interpretation of designer Feran Thomassen’s East-meets-West philosophy. The Waterfront Sauna Rooms feature fabric feature walls in various colors and patterns, a sculptural chair and a private Finnish sauna. 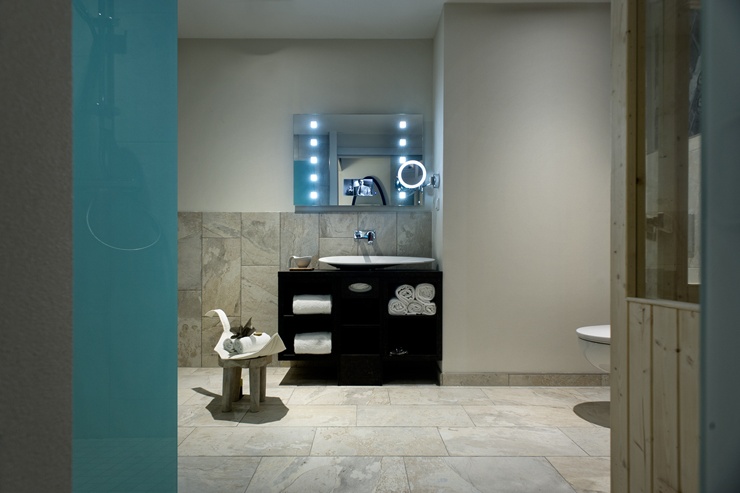 The private Finnish sauna is a key feature in the Waterfront Sauna Rooms (Waterfront Spa Rooms and Spa Suites also have them) at the Feran Thomassen-designed Mainport hotel on the inner harbor in Rotterdam, The Netherlands. 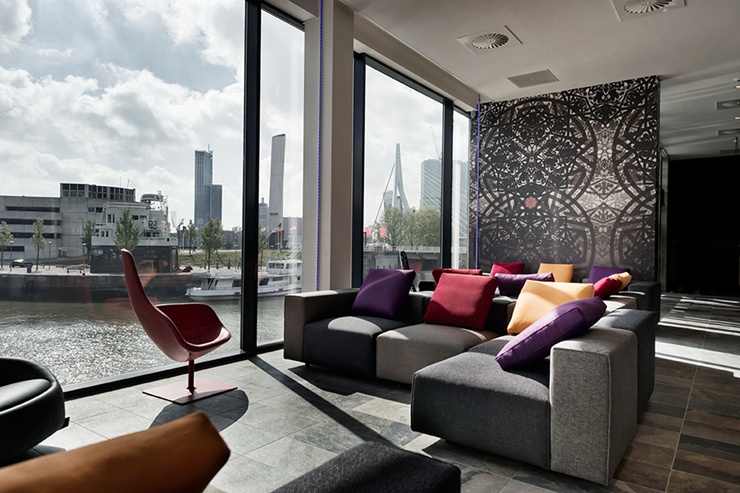 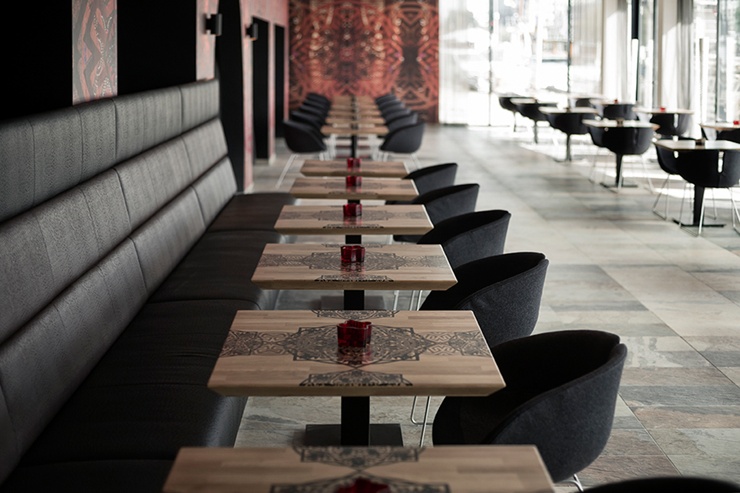 Floor-to-ceiling windows let daylight and shimmering water reflections stream into Down Under, the Feran Thomassen-designed Australian-themed restaurant at Mainport in Rotterdam—while after dark, they provide views of the inner harbor skyline. 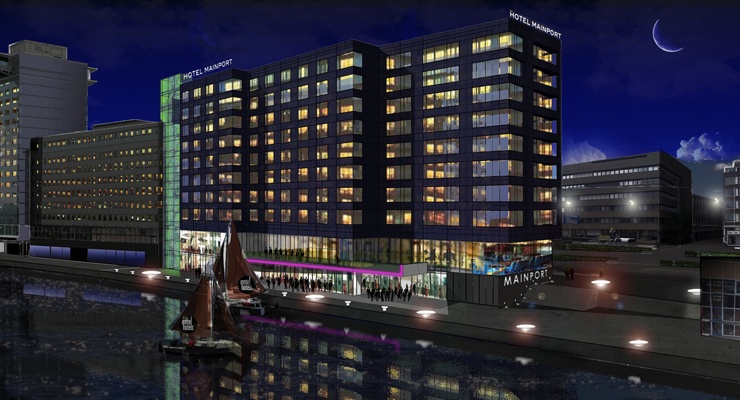 This rendering of Mainport, a new hotel on Rotterdam’s inner harbor, shows its contemporary glass-and-steel silhouette and the first and second level social spaces that have energized the area.