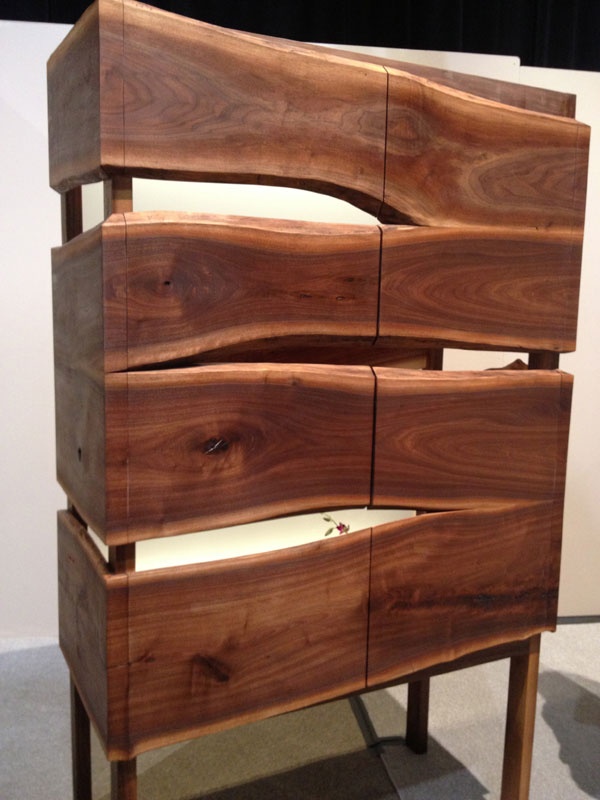 Drape, a walnut cabinet by Eric Manigian that was inspired by women's evening gowns. 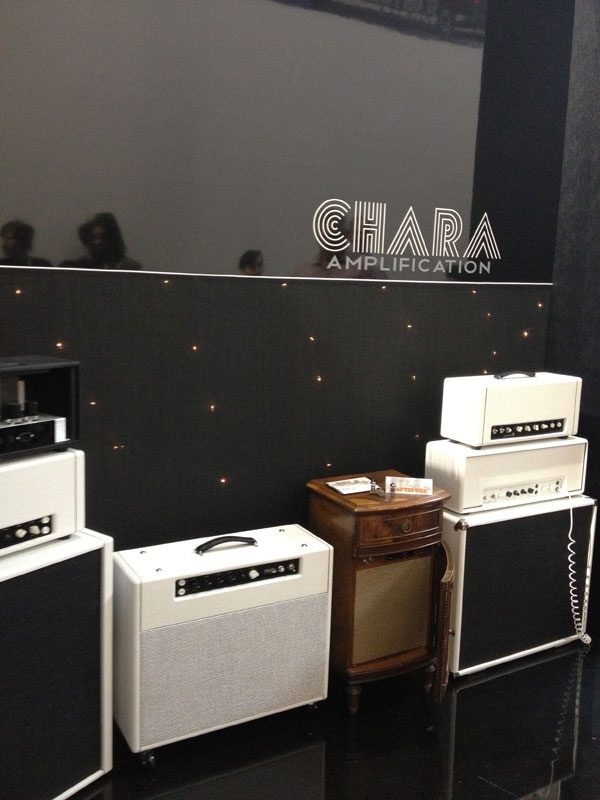 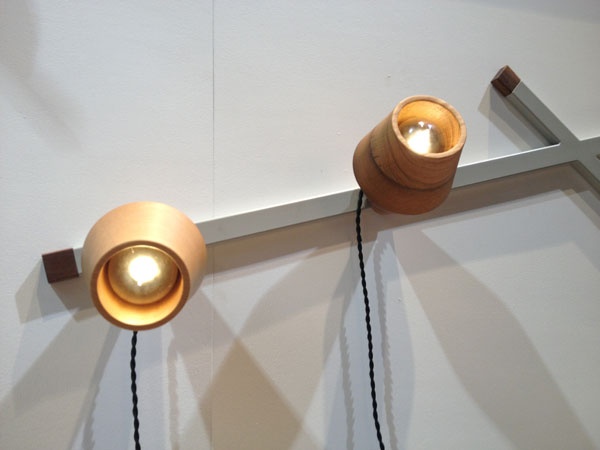 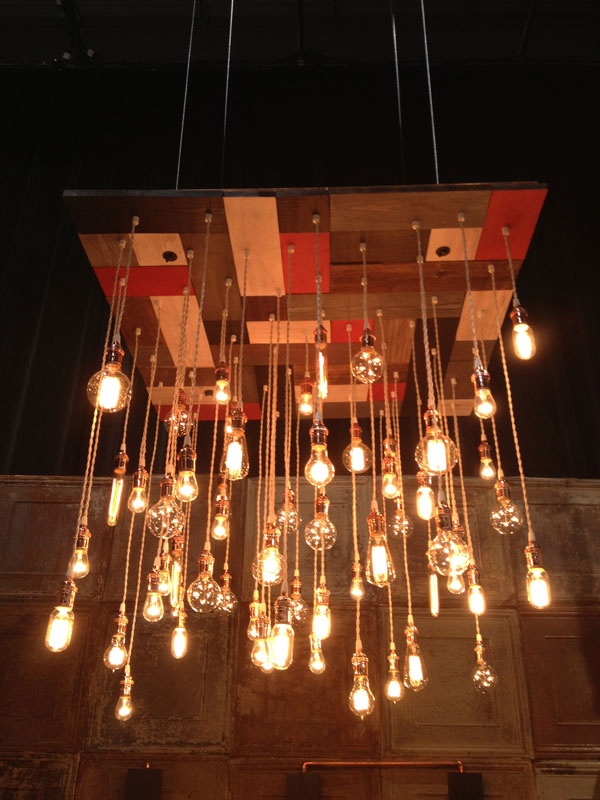 Plywood scraps salvaged from trash cans in a lighting fixture by Urban Chandy. 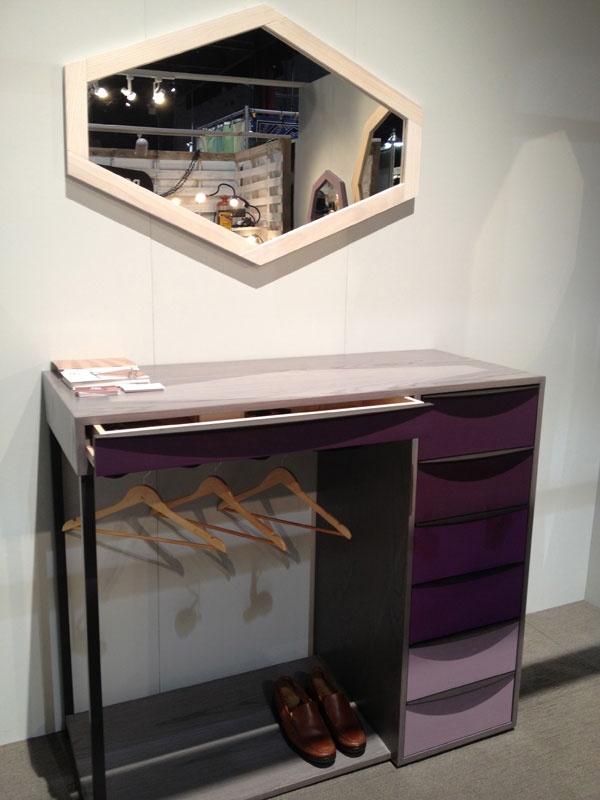 DG Design was launched by David Gaynor, formerly of Uhuru. 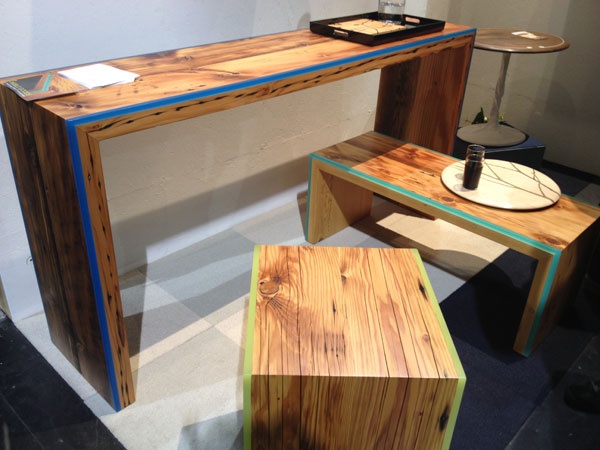 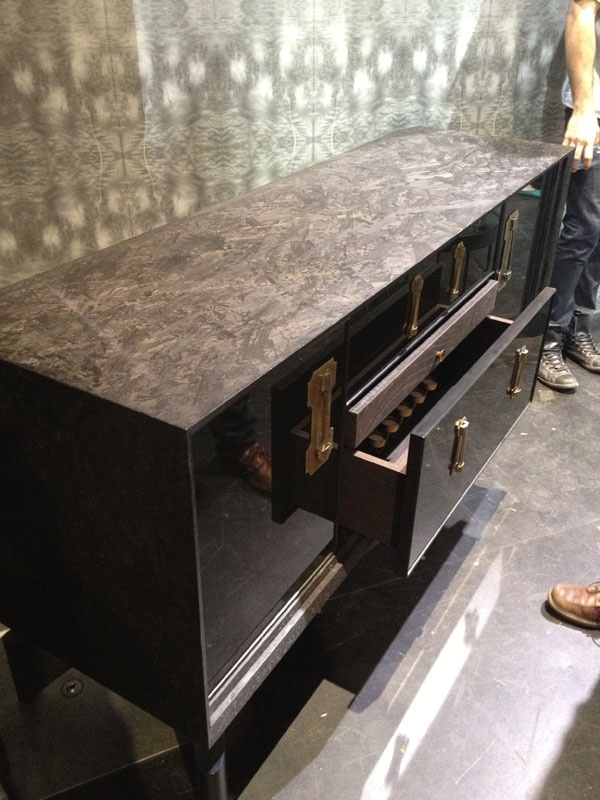 A credenza with vintage pulls by Form Treasury. 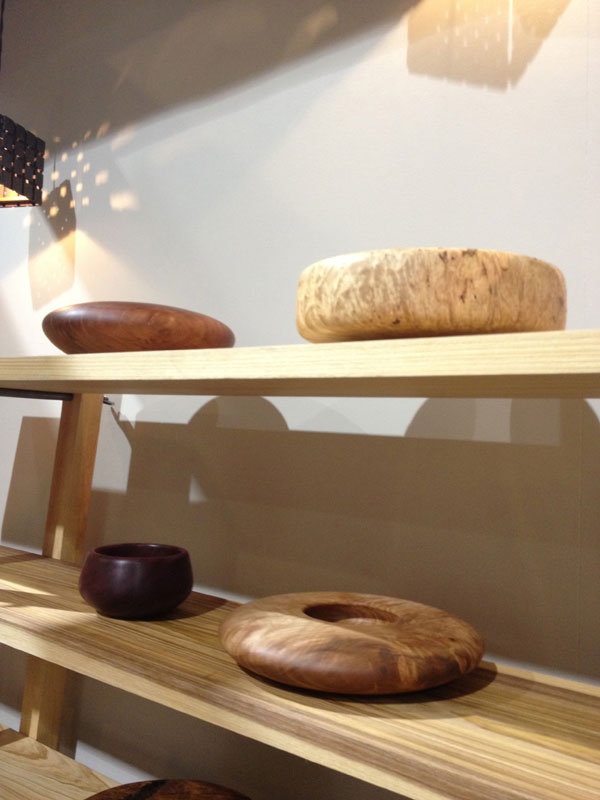 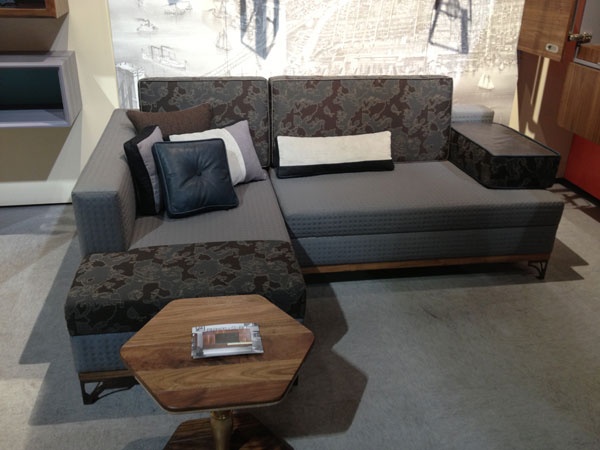 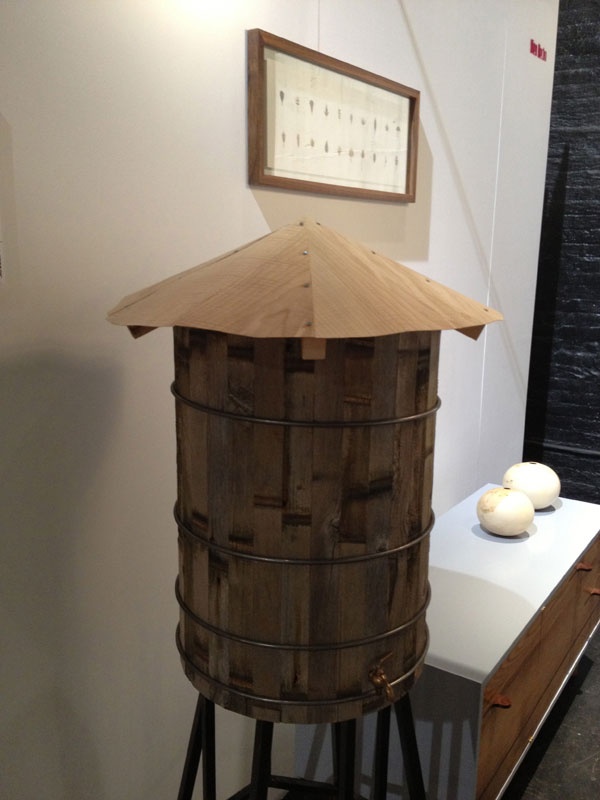 A water cooler by Bien Hecho constructed from reclaimed pieces of an actual water tower. 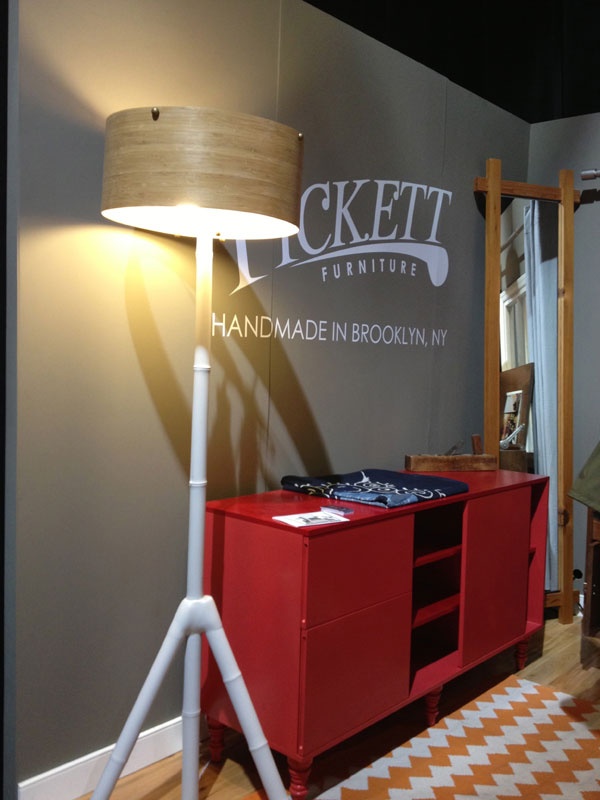 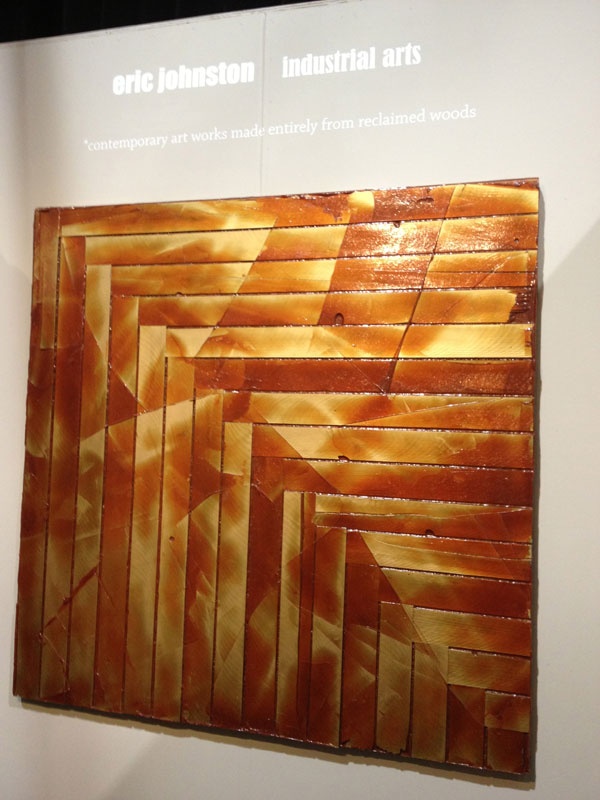 Artwork made from reclaimed wood by Eric Johnston. 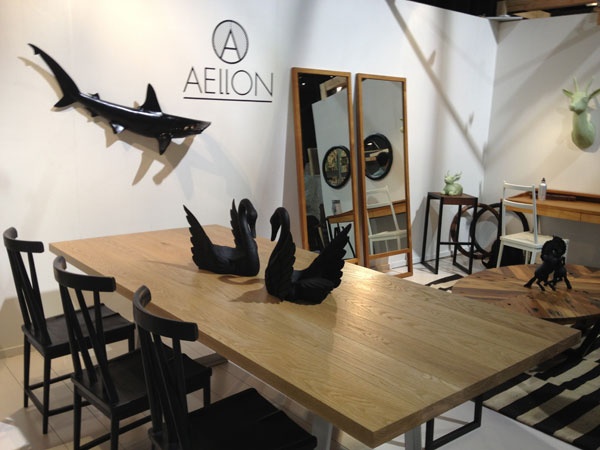 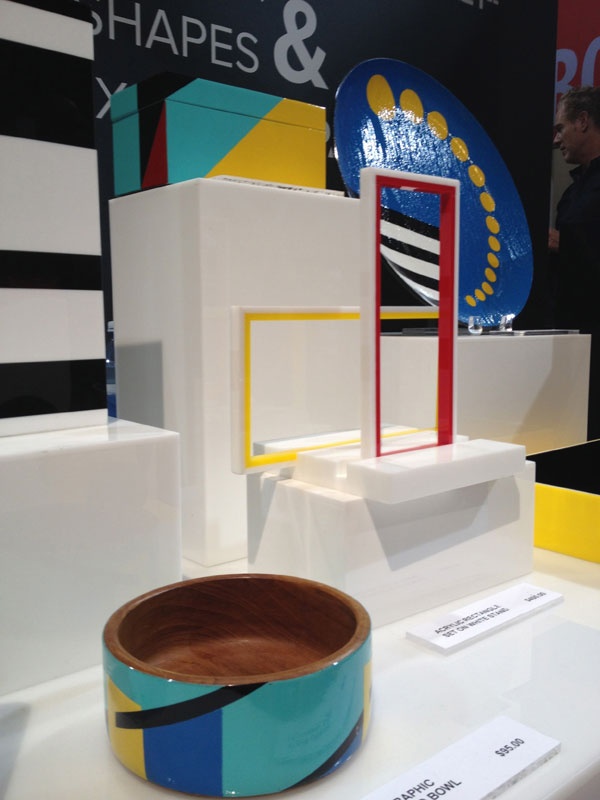 Christopher Coleman found this bowl in a thrift shop and then coated it in automobile paint. 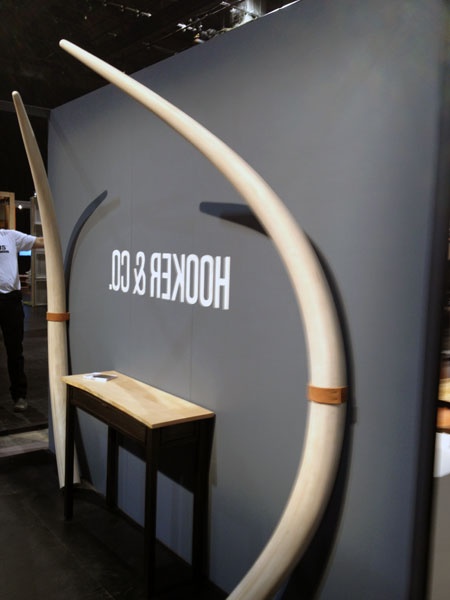