Red Star Macalline by M Moser Associates: 2020 Best of Year Winner for Large Corporate Office
Photography by Creatar Images. Relocating a 330,000-square-foot office is no small feat. That’s what M Moser was tasked with when ... 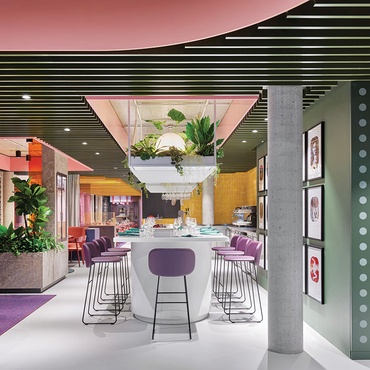 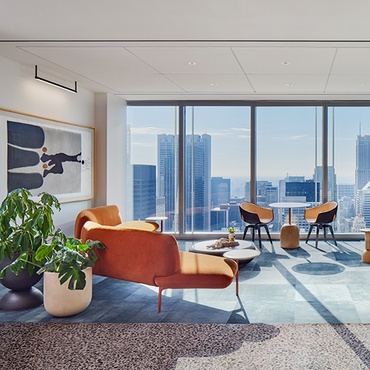 Charlie Greene Studio’s Redesign of Boston Consulting Group’s Office is a Valentine to the Windy City
Replacing the solid pivot doors with glass ones highlights the panoramic views of the Chicago Loop and Lake Michigan from ... 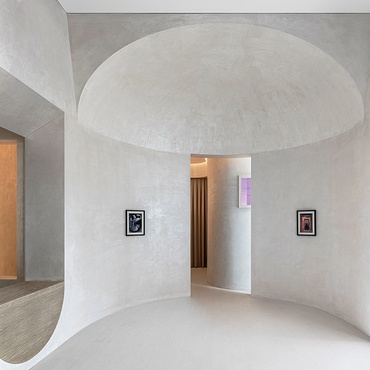 EVD Office by EVD: 2020 Best of Year Winner for Firm's Own Office International
Photography by Super Yingxiang. What better way to achieve classical beauty than by paying homage to one of the art ... 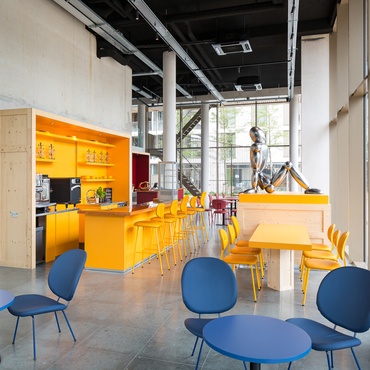 Carlo Alberto Monteverde Designs Colorful Cultural Hub for Artists and Students in Amsterdam
The ground floor of WOW Lieven is a vibrant open space, while the upper level features offices and service rooms ... 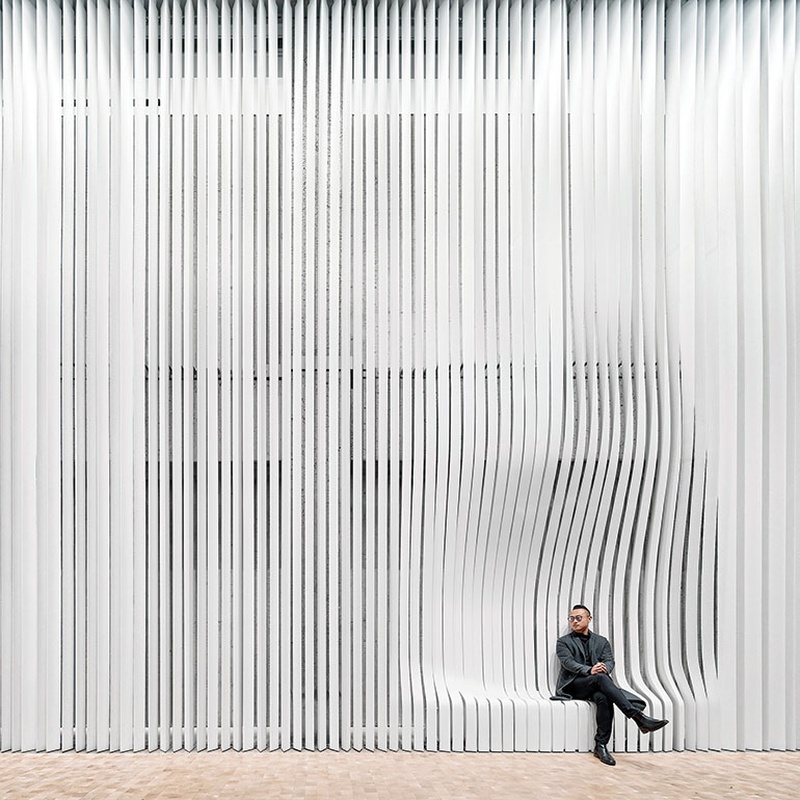 One Embarcadero Center by Gensler: 2020 Best of Year Winner for Domestic Commercial Lobby

The matter at hand: a 3,150-square-foot office lobby within a complex of brutalist towers was due for a facelift if it was to keep up with the rapidly evolving city of San Francisco. The existing structure,
designed in the late 1960s by neo-futurist
architect John Portman and completed in ’71, possessed a main entry practically obscured by a pair of retail escalators, which the Gensler team ultimately decided to remove. The lobby overhaul not only results in a more open and secure entry but also redirects attention toward a show­stopping feature wall of 250 reinforced-concrete “ribbons” that cascade from the ceiling to form intuitive seating nooks. Gensler developed the wall in collaboration with fabricator ConcreteWorks using both virtual and full-scale models, the finished installation one that celebrates, rather than obscures, Portman’s original vision. 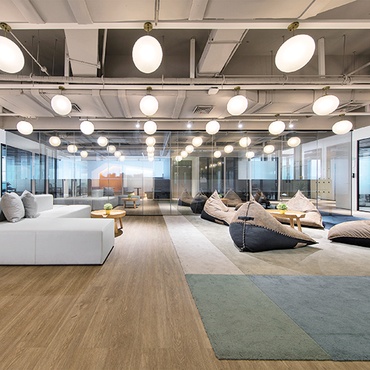 Shimao MWorks Mao Space by Matrix Design: 2020 Best of Year Winner for Coworking Office
Photography by Shi Xiang Wan He. Coworking is a relatively new concept in China, but its popularity is on the ... 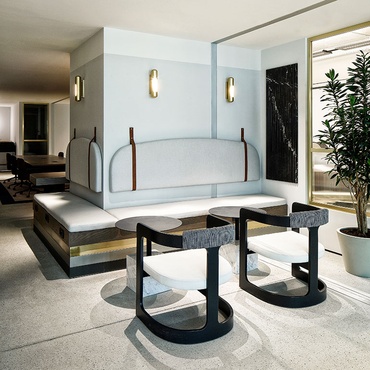 Art Deco Meets Mid-Century in Istanbul Coworking Space Designed by Stüdyo AB
Different shapes and textures come together in the central bar and lounge area. Photography by Emre Dörter. On the European side ... 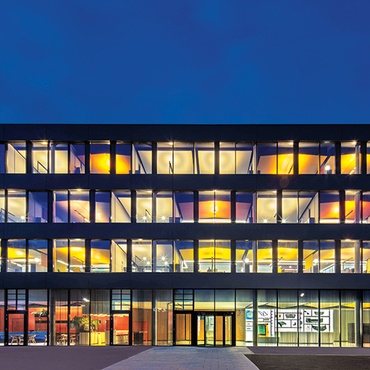 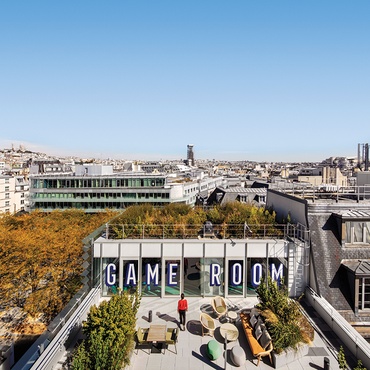 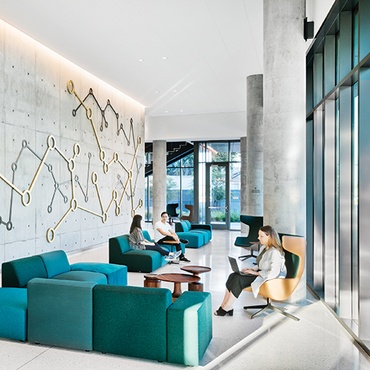 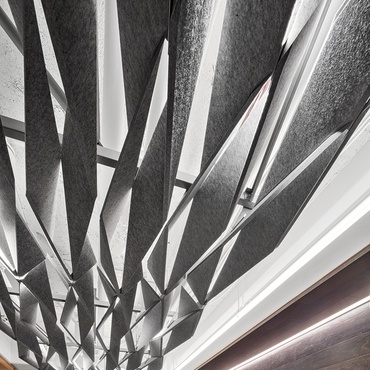 Shiseido Americas by HOK: 2020 Best of Year Winner for Creative Office
Photography by Eric Laignel. Evolving over the last century-plus from a local Japanese cosmetics company to a global personal-care giant, ... 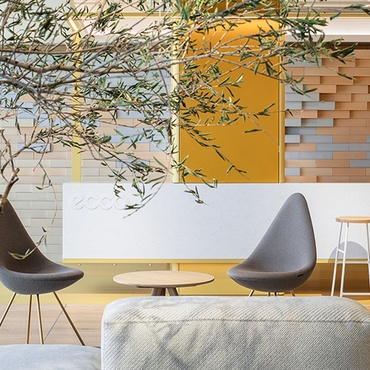 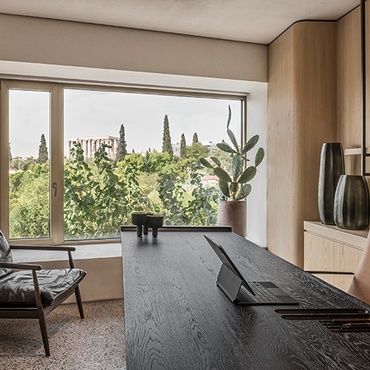 Block722 Architects+ Designs New HQ With a View in Athens
A minimalist, extended window ledge provides a resting spot for the team, looking out towards the ancient ruins; it also ... 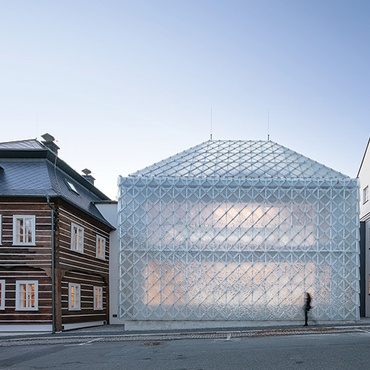 Lasvit by OV Architekti: 2020 Best of Year Winner for International Facade
Photography by BoysPlayNice/courtesy of OV-A. Novy? Bor, Czech Republic, the picturesque town in which Lasvit is headquartered, has been a ... 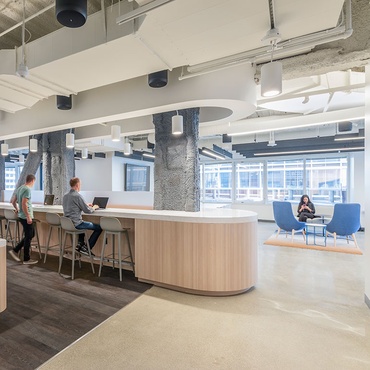 M Moser Associates Reimagines the Office for a San Francisco-based Tech Company
Seating options include booths, insular pods, loungers, and communal tables. Photography by Emily Hagopian. Shortly before the onset of the ... 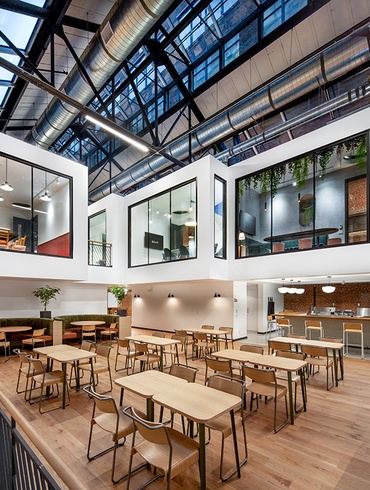 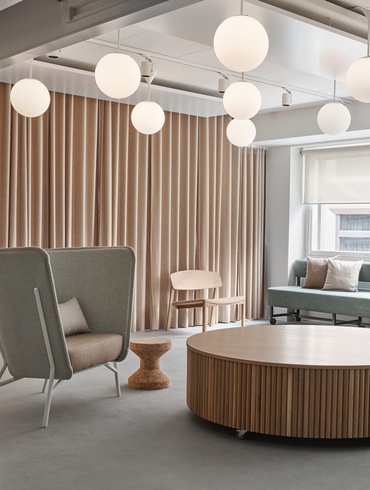 Fyra Designs New Office for CBRE With Wellness in Mind 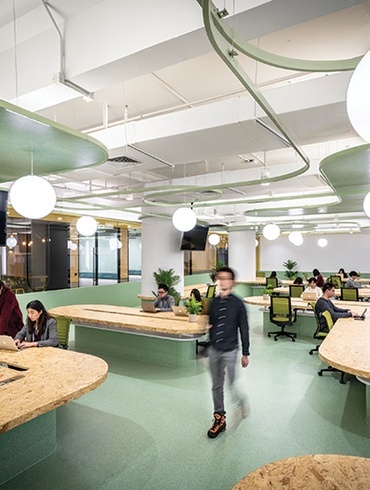