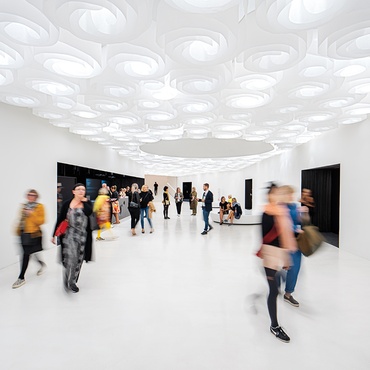 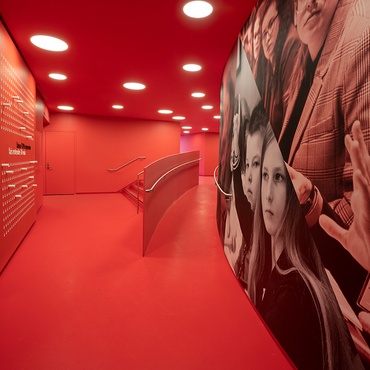 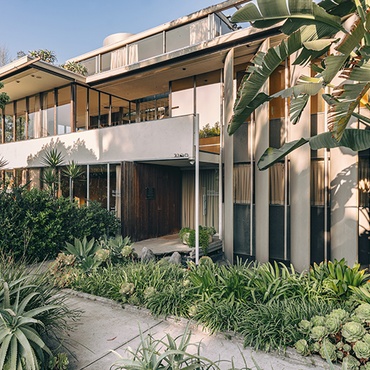 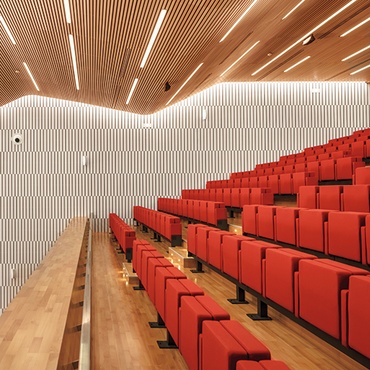 LAP Arquitectos Renovates 16th Century Hospital in Spain
Photography by Jesús Granada. It’s a stellar example of adaptive reuse. What was originally constructed in 1512 as the Hospital ... 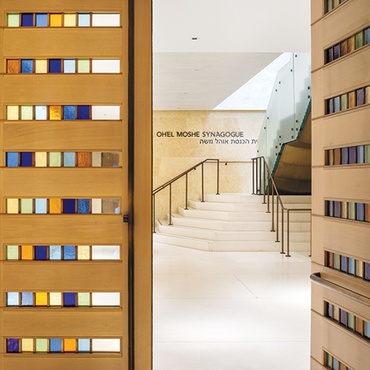 Cultural Unity Through Design: Inside the Moise Safra Center
Photography by James Ewing / JBSA. Historically, Ashkenazim and Sephardim have flourished in their own spaces. But when a son ... 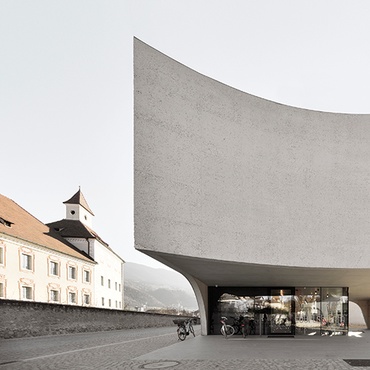 MoDus Architects Sculpts a Concrete, Tree-Hugging Visitor Center on the Italy-Austria Border
Photography by Oskar Da Riz. “Architectural homicide” is the fate described by Sandy Attia of a series of structures that ... 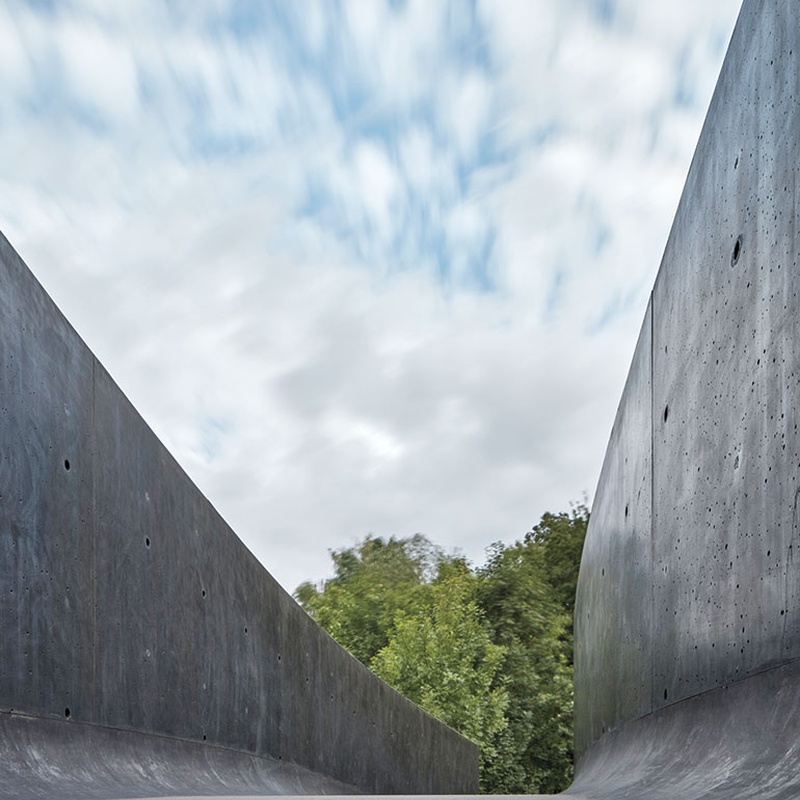 When the first stone arch bridges rose in ancient Rome, they were looked at with disbelief, their per­ceived supernatural power even attributed to being a product of the devil. Modern times obviously debunked such ideas, but for a ped­estrian footbridge just outside of Prague, architect Ondrej Císler and engineer Petr Tej channeled that otherworldly energy.

The 32-foot-long structure runs above the Dretovice stream, con­necting the village of Vrapice to its cemetery. The graveyard is reachable by walking trails, but they’re now often flooded by the stream’s rising water. The City of Kladno reached out to Aoc.archi founder Císler, who teaches at Czech Technical University with Tej, to design it.

Conceiving the project as a gateway between the living and the dead—“like a numinous object from 2001: A Space Odyssey,” Císler says—the resulting bridge is a mini­malist form of fiber-reinforced ultra-high performance concrete, a relatively new and tech­nologically advanced version of the material that’s exceptionally strong, enabl­ing it to be used sparingly. The built bridge is just 3 1/2 tons, rather weightless for a structure that long, with such mass. “Despite the notion that something made of concrete would be heavy, we hardly could have made this lighter,” Tej adds. He and Císler pigmented the concrete dark gray, helping the bridge blend into its natural surroundings—and imbuing it with a spiritual gravity.

Up next: KoningEizenberg Turns a Derelict Landmark Library into MuseumLab, Part of the Children’s Museum of Pittsburgh

> See more from the March 2020 issue of Interior Design 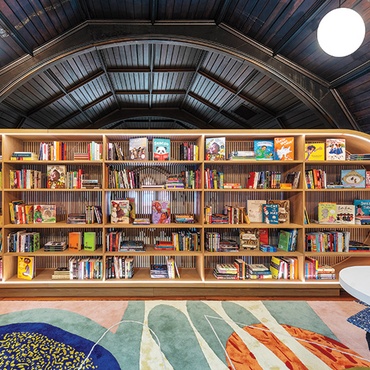 Michael K Chen Transforms Bronx Choir Loft Into Library for Underprivileged Children
The new children’s library at Concourse House, a women’s shelter in the Bronx, New York, occupies the mezzanine of a ...

New in China: 15 Visually Captivating Projects
To celebrate the Chinese New Year—today marks the start of the Year of the Rat—we’re highlighting the innovative, eye-catching design taking ... 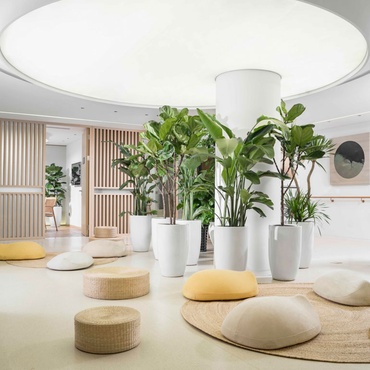 Top Health, Wellness & Beauty Projects of 2019
As the concept of self care continues to gain momentum all around the globe, the result has been an innovative array of health, wellness, and beauty ... 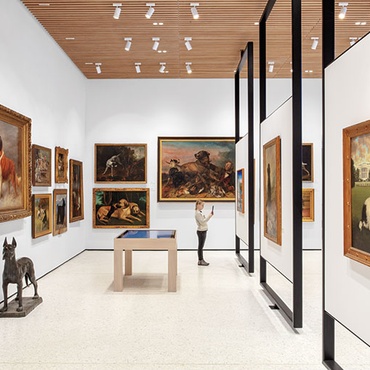 Best Museum Projects of 2019
From spaces devoted to dogs and vintage posters to galleries dedicated to social justice and liberty, the year's museum builds and ... 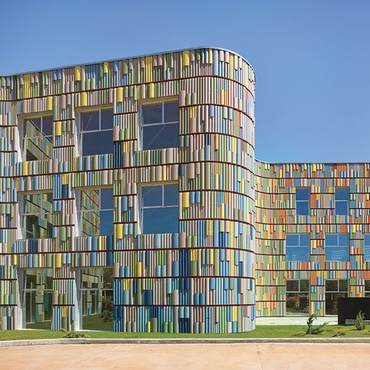 Four Buildings Around the Globe With Fantastic Facades
Go ahead and judge these international destinations by their fantastic facades. Biblioteca Central y Archivo Municipal en Leganés by BN Asociados. Photography ... 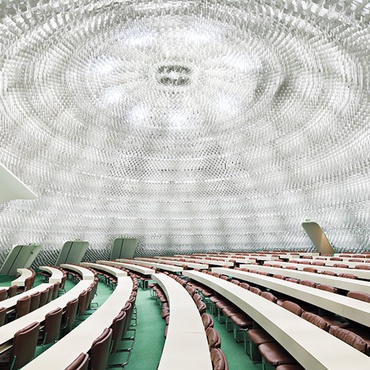 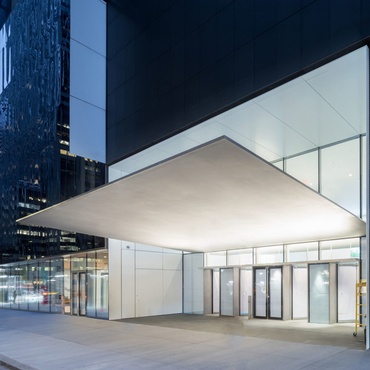 MoMA Reopens After Renovation by Diller Scofidio + Renfro and Gensler
Exterior view of The Museum of Modern Art, 53rd Street Entrance Canopy. Photography by Iwan Baan, courtesy of MoMA. With its ... 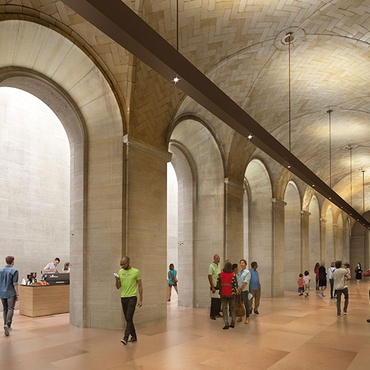 Frank Gehry on Hand to Mark Collaborative Restoration of Philadelphia Museum of Art
The arched ceiling of the Vaulted Walkway is clad in newly restored Guastavino tiles, installed in a herringbone pattern and ... 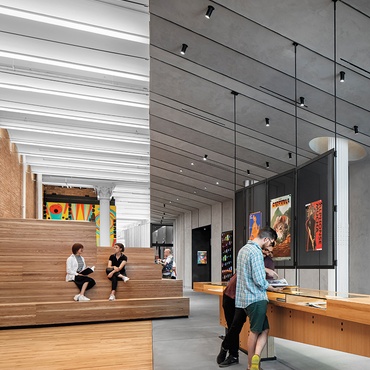 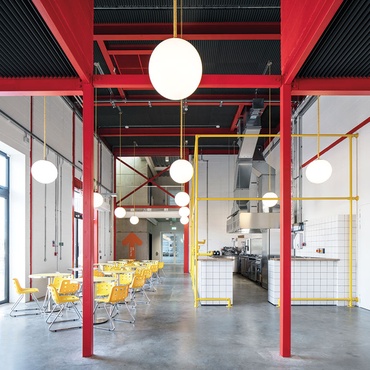 6a Architects Pulls '70s Vibes for MK Gallery Addition in Britain
MK Gallery in Milton Keyes, U.K., has an addition clad in corrugated polished stainless steel by 6a Architects. Photography courtesy of 6a ... 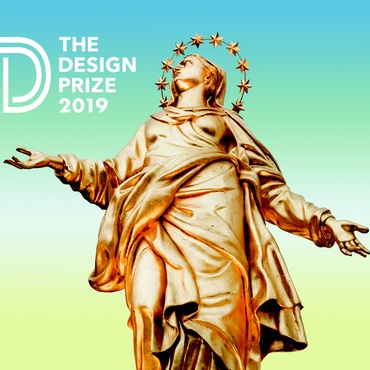 Sponsored
Vote Now for THE DESIGN PRIZE 2019 Social Impact Winner!
There’s no way around it — the world is facing a myriad of problems. Plastics pollute our oceans, lack of ... 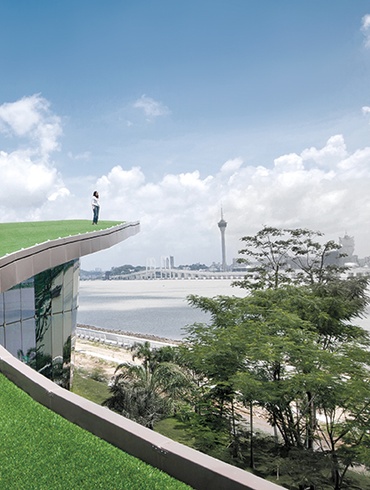 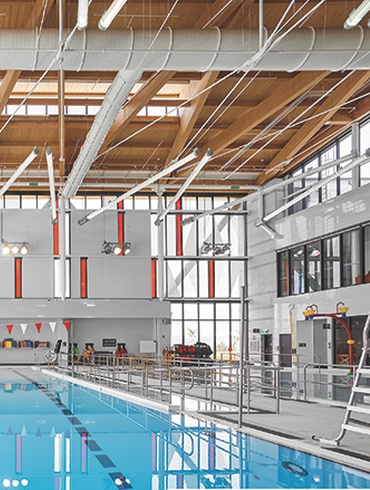 Aaniin Community Centre & Library by Perkins + Will: 2018 Best of Year Winner for Institutional 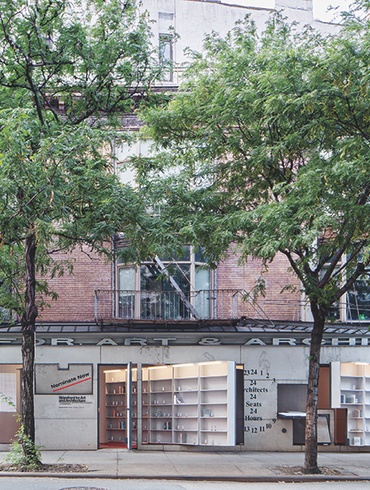