Chelian Orthodontics by Merge Architects: 2020 Best of Year Winner for Health/Wellness
Think of an orthodontist’s office and you’ll probably picture something sterile and impersonal. Not so with this clinic, part of ...

Montreal-based Ivy Studio Designs Spin Center for Boutique Fitness Brand
Minutes away from the city’s downtown core, Montreal’s Griffintown neighborhood is a convenient confluence of apartments, shops, and amenities for ... 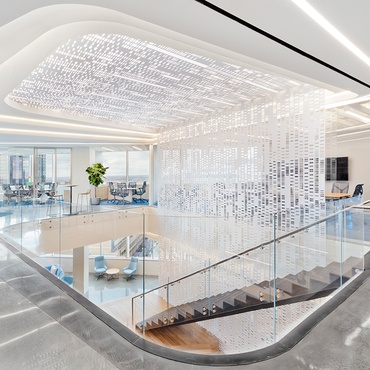 6 Health & Wellness Facilities Cure the Blues
From Los Angeles to London and stops in between, these wellness-minded facilities are just what the doctor ordered. Photography by ...

ZGF Draws on Natural Light and Hospitality Elements for New Cedars-Sinai Cancer Care Clinic
Photography by David Wakely. James Woolum, ZGF partner, may be most visible for high-profile workplace projects. Unforgettable is his transformation of ... 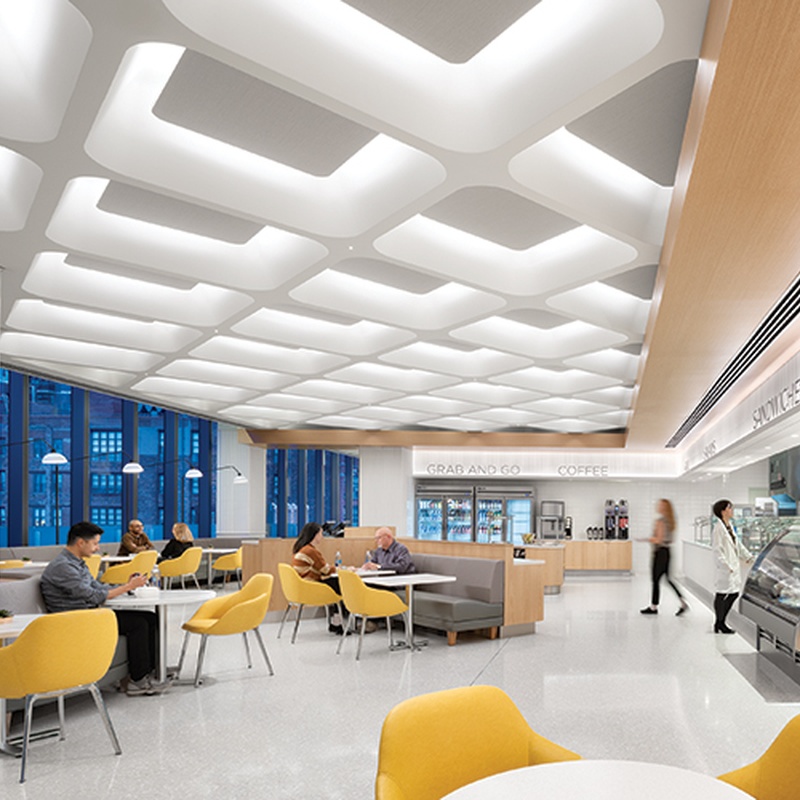 Now, perhaps more than ever, we are turning to hospitals to heal. In the case of COVID-19, that is being done by the medicine practiced by the brave healthcare professionals inside their walls. But, beyond the pandemic, could the rooms and the buildings we create to contain the therapeutic process do more by fundamentally redefining what a hospital experience is? Memorial Sloan Kettering Cancer Center, the oldest and largest private treatment and research center in the world of its kind, founded in New York in 1884, thought it could.

In de­veloping a major ground-up outpatient facility, its executive team committed MSK to pro­viding its population with next-generation levels of cure, care, and empowerment. Three collaborating primary firms, Perkins Eastman Architects, ICrave, and Ennead Architects, were tapped to undertake the task of rethinking everything: from façades, furnishings, and fixtures to the very concept of waiting and the capacity of choice to reinforce the will to heal. The result is the David H. Koch Center for Cancer Care, a 750,000-square-foot, state-of-the-art building, which opened in January as the institution’s—and the city’s—largest freestanding cancer care facility. Perkins Eastman was the medical planner and interior designer of the clinical spaces and worked in tandem with Ennead on the building’s architecture and skin. The experiential design, public spaces, and patient rooms were the purview of ICrave, with an emphasis on aesthetically and conceptually reimagining what an outpatient treatment environment can and should be.

The completed project for the 1 1/2-acre site will ultimately be occupied by two buildings, the 25-story Koch center and the Science and Health Professions Building for the City University of New York/Hunter College, currently on hold. They will be tied together visually, but the CUNY building, which will house its nursing school, stands to be significantly smaller. “The two buildings are designed to go together, have the same skin, and assist each other, but they have very different ownership,” says Mary-Jean Eastman, founding partner with Bradford Perkins of Perkins Eastman, which has been working on projects for MSK since the 1990s. “We designed the Koch center to bring together patients healing from similar diseases in a hospitality-driven environment that fosters communication between and reduces stress for patients, families, and staff. This where you go in your life to get better.”

Situated along the East River, many of the center’s rooms afford serene water views. LEED Gold certified, the structure contains 231 exam, 110 infusion, and 37 procedure rooms, and 16 private inpatient rooms for short stays, as well as expansive public areas. It’s named for the controversial oil and chemicals billionaire who died in 2019 but was first diagnosed with prostate cancer in 1992. He donated much of his fortune to support conservative political causes, but also contributed to medical and cultural institutions in New York, including $150 million to the $1.5 billion MSK building that now bears his name.

Its exterior massing corresponds with three primary functions. The lower five floors include nearly all the imaging facilities. Above that is an amenity floor, including a full-service café for patients and staff, serving the entire center. The middle, largest segment of the building holds the core treatment spaces, while the top section is given to offices and mechanicals. “Our intent,” Ennead design partner Todd Schliemann recalls, “was to break it down into smaller-scale sections, six- to 10-story elements defined by setbacks, overhangs, and terraces so that it wouldn’t look bulky.” The building skin follows one of the central tenets of the overall project: avoiding an institutional appearance. Terra-cotta fins and tiles in three depths and textures soften the edges, provide subtle coloration, and control sunlight. “We chose a natural material that would age well,” Schliemann says of he and management partner Don Weinreich.

“Our goal was to change the mindset of what you’re doing at the hospital,” begins Lionel Ohayon, founder of ICrave, also a repeat client for MSK. “A pivotal moment in my career was when MSK called on us for the Josie Robertson Surgery Center interiors, which we completed in 2016. I remember thinking to myself, What is that MSK sees in us?” Indeed, the firm is more known for traditional hospitality projects such as nightclubs, restaurants, and food halls, including the city’s popular Mercado Little Spain. But ICrave has also completed several airport projects, where a focus has been managing passenger anxiety. MSK connected the dots. “Hospitals and hospitality really shouldn’t be so far away from each other,” Ohayon continues. With this project, he says, “We asked ourselves, Can we design a facility that’s an actual participant in your cure?”

Adding to the stress and fear of having cancer are boredom and soulless spaces. “A patient may have three treatments a week here, for five hours at a time, for a year or two,” Ohayon says. So, he and team leader David Taglione started to rethink every detail, from lighting and ceiling planes to furniture groupings and color palettes, and then conceived of a vertical city made up of neighborhoods, each offering multiple experiential possibilities. Every neigh­bor­hood consists of three floors defined by functions meant to address the needs of patients, their families, and staff; the functions, as defined by ICrave, are activation, recreation, and restoration, and they’re manifested as well-appointed lounges. An activation waiting area, for example, is where patients can attend a lecture or take a Photoshop class, seated in tomato-red stools by Neri & Hu or gray high-back sofas by Patricia Urquiola. Recreation areas are lively too, offering social activities like arts and crafts. Restoration is more Zen, sublimely peaceful settings encouraging meditation, reading, or simply warming in the sunlight streaming in from floor-to-ceiling windows. The point is to try to turn long stretches of time into part of the therapeutic process, and the environments help relieve stress by offering a range of choices to the people they serve.

“For us, the experience of place is central to what our work is all about,” Ohayon states, “and we’ve always been focused on the emotive response that people have to our spaces, it’s the why of our practice.” In other words, his work and the Koch center are about self-discovery and transformation.

Atelier Nuno Reimagines a Medical School as a “Learning Playground” in Hong Kong
The design allows for group presentations set around the tiered, wooden, “bean-shaped” gathering steps, encouraging students to move freely throughout ... 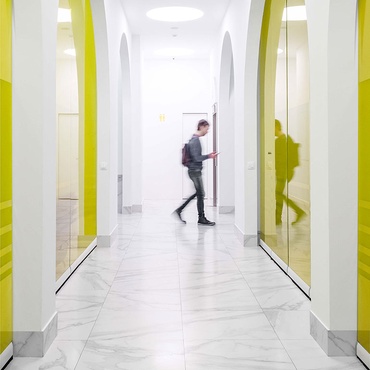 Hills Design Studio Brightens a Moscow Pediatric Ophthalmology Clinic with Sunny Accents
If all you had to go by were photos, you might not realize that the Clear View Clinic is set ... 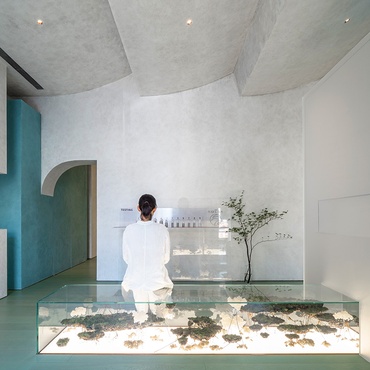 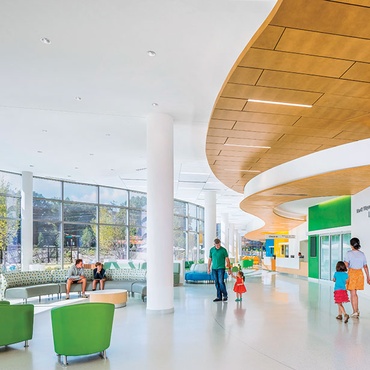 Children’s Healthcare of Atlanta Center for Advanced Pediatrics by EYP Architecture & Engineering: 2019 Best of Year Winner for Healthcare
It’s nicknamed the City in a Forest. That’s Atlanta, the metropolis with the most abundant tree coverage per square mile ... 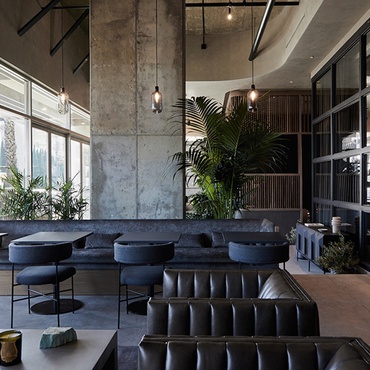 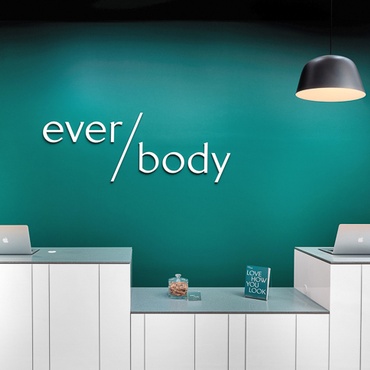 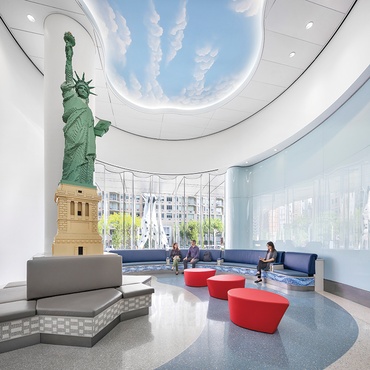 Skolnick Architecture + Design Partnership Creates Healthcare Wonderland at NYU Langone
Photography by Michael Moran/Otto. For a hospital, good design is when it helps patients forget where they are. That was ... 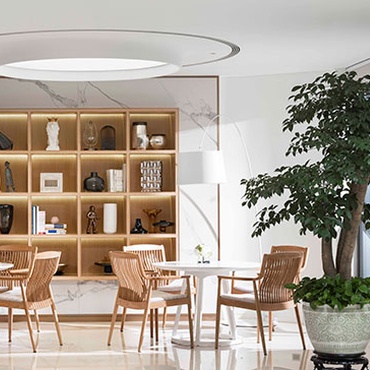 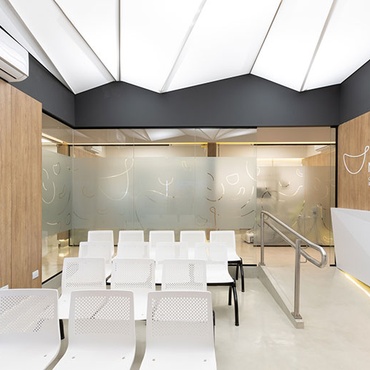 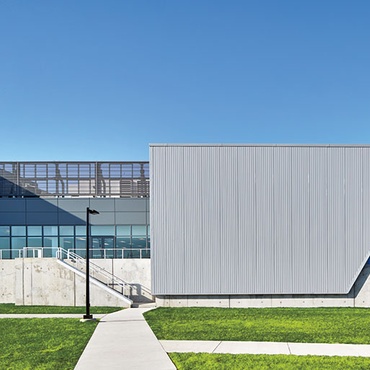 Pro Athletes and Soccer Moms Work Out Side-By-Side at the St. James Training Center by HKS
An Olympic swimmer, a quarterback from the NFL, and... members of the pee-wee hockey team. Rarely would you put them altogether. ... 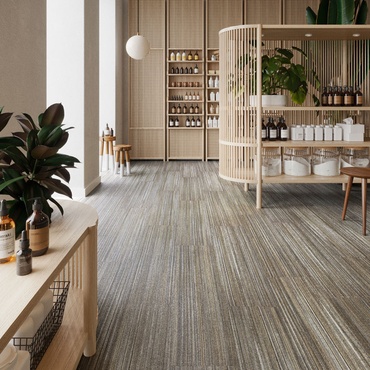 Sponsored
Mohawk’s Sakiori Collection Looks Eastward For Inspiration
The cultures, landscapes, and materials of Asia have long captured the imaginations of designers in and out of the region. ... 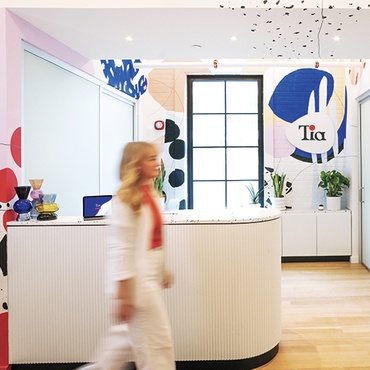 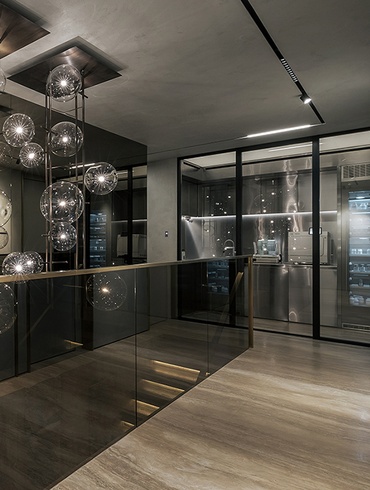 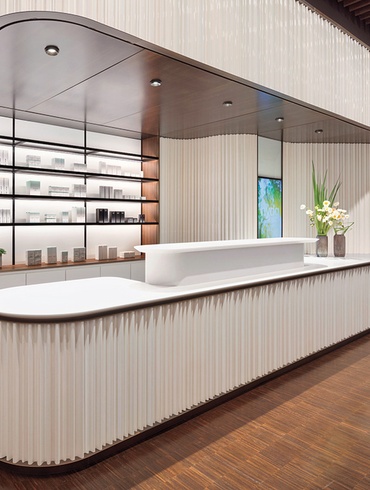 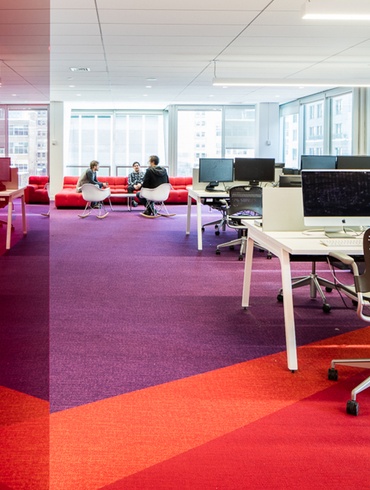