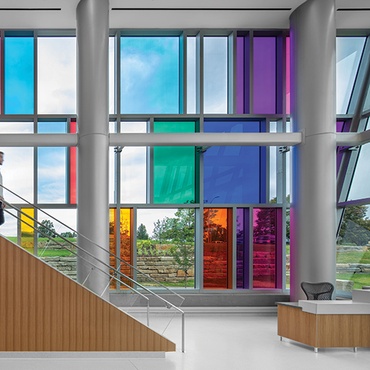 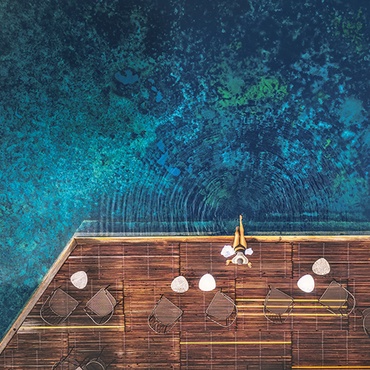 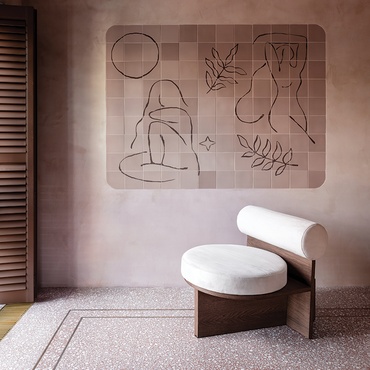 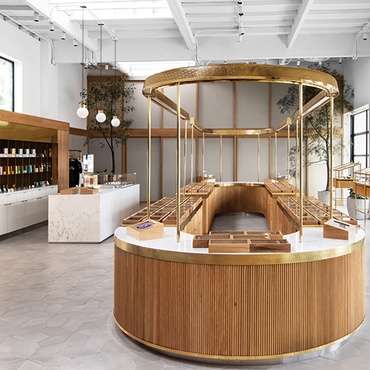 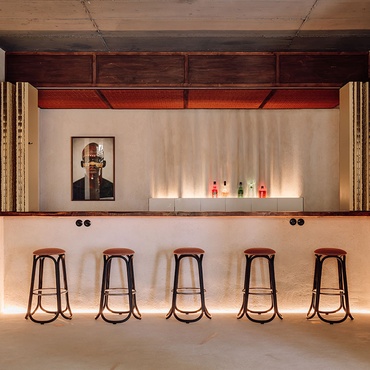 Studio Gameiro Creates a Sultry Celebration of Portuguese Design with Members-Only Club in Lisbon
The rattan drop ceiling and the underlit bar made from sandstone highlights the beauty of Portuguese craftsmanship and materials. Photography ... 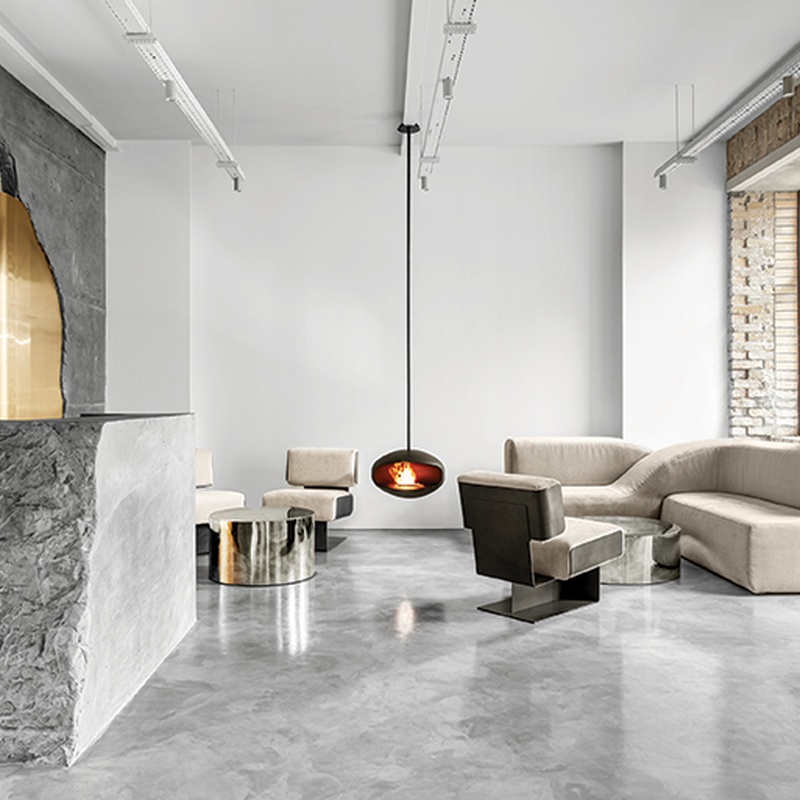 Asked to design a beauty salon, Balbek Bureau, a local architecture firm, did its due diligence, researching salons and taking note of recurring colors, materials, and decorative motifs. Then the team took the opposite tack. The result is Say No Mo, a gender-neutral space of roughly 2,100 square feet on two floors of a 19th-century building. The project not only breaks from the idea of a salon that is either “his” or “hers” but it also holds up its own version of beauty, uniting the cragginess of a cavern and the molten magic of liquid gold. For the rough part of the equation, cast-in-place concrete forms an arch on the main level that looks like an opening blasted through rock. The reception counter, also cast concrete, resembles a stone block but is fully rigged with plug-in connections. Smoothing some of the edges are golden panels made of sheets of polished stainless steel coated with titanium nitride, a hard ceramic. Two Soviet-era baby bathtubs, welded together, comprise a freestanding washbasin. Painted gold, it, too, gleams.

Forest for Rest by Leaping Creative: 2020 Best of Year Winner for Spa
Photography by Minjie Wang. Rooted in traditional medicine, the Chinese foot massage has been around for millennia. But it wasn’t ... 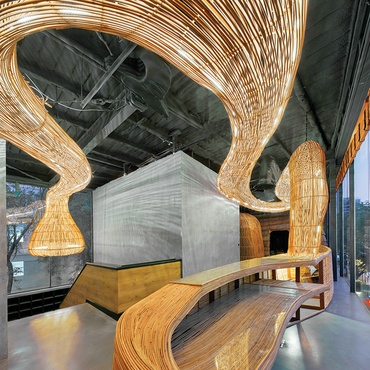 Vikasa Yoga by Enter Projects Asia: 2020 Best of Year Winner for Fitness
This 4,500-square-foot yoga studio occupies the second floor of a conventional concrete-and-steel urban building. Treating the confines of the structure ... 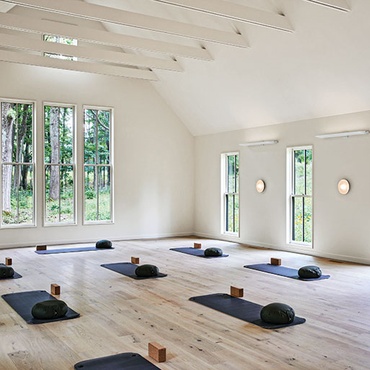 Shelter Design Architecture Adds a Wellness Annex to Troutbeck Hotel in Amenia, New York
The volumes, one for fitness, the other a spa, are roofed in standing-seam aluminum and clad in larch reclaimed from ...

Dubbeldam Architecture + Design Brings Indoor Rowing to Toronto
Indoor rowing is a heart-pumping, sweat-drenching exercise that works every inch of the body—core, arms, legs, even the neck muscles. ...
More Projects