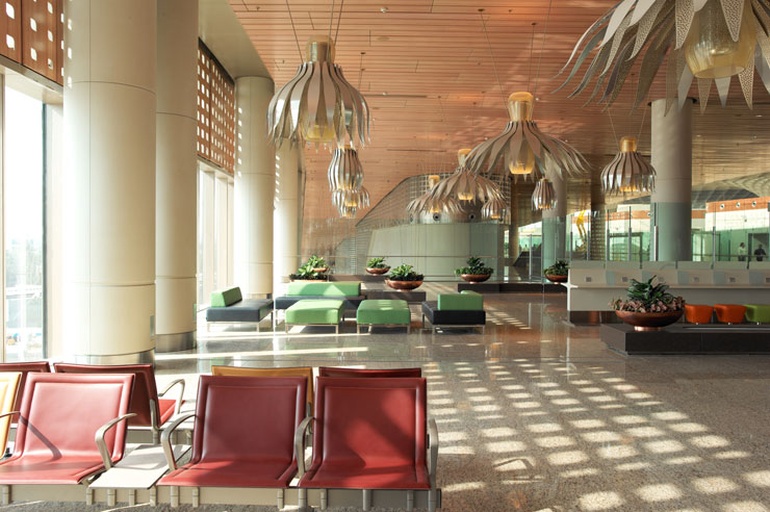 Globalization has brought an architectural language of glamour, making it a seductive tool for promoting the real estate economy. Since the opening of the Bandra-Worli Sea Link in June 2009, every real estate developer has been banking on selling “a panoramic view of the sea link.”

After the Bandra-Worli Sea Link people are now taking notice of the recently inaugurated Chhatrapati Shivaji International Airport Terminal 2, designed by Skidmore, Owings and Merrill. The new hub adds 4.4 million square feet of space to accommodate 40 million passengers per year. Its greatest challenge was a construction site located in close proximity to the existing terminal, which had to remain fully operational during construction. These complex site conditions inspired the elongated X-shaped plan of the terminal, which allows it to be flexible to build around existing structures and incorporate modular designs to accommodate rapid and phased construction.