Mumbai’s architecture has been influenced by series of empires (British, Portuguese and Islamic), so to call the city’s architectural fabric rich seems almost an understatement. Chhatrapati Shiraji Terminus and Elphinstone College are inspired by Victorian Gothic; the legendary Taj Mahal hotel is inspired by Islamic architecture; and Marine Drive displays one of the largest collections of art-deco buildings, second only to Miami. 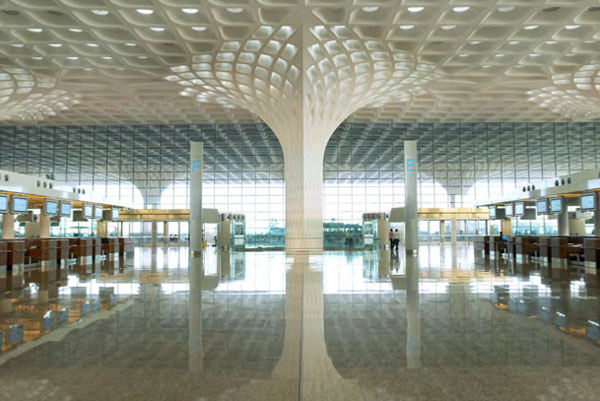 Yet it's no secret that Mumbai is sorely in need of an upgraded urban infrastructure to accomodate unprecedented growth. With a population of over 18 million and a north–south axial layout, Mumbai is the most populated city in India. It has a pluralistic culture—its inhabitants speak many languages, practice various religions, have diverse political beliefs and come from different classes—one that is both tolerant and chaotic. Architecture emulates.

Though Mumbai has risen strategically on the world economic map, urban and aesthetic coherence is yet on the horizon. Core areas of the city are in a state of severe urban decay, breeding a constant state of conflict as Mumbai regenerates upon itself in unplanned settlements. Keep reading to discover how, despite all this chaos, contemporary design persists.