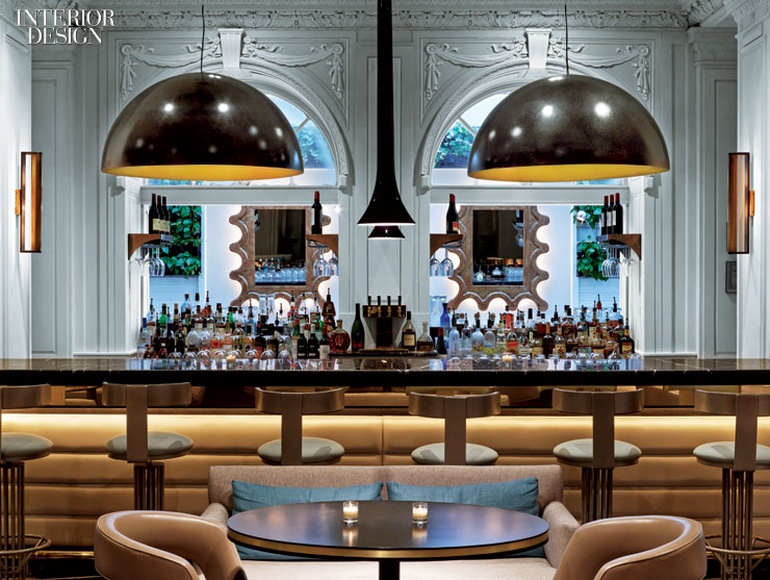 In 1926, William Randolph Hearst built the Lombardy Hotel and began using its rear dining room as personal entertaining space. His paramour, actress Marion Davies, presided as his hostess there. Many would have said she was better in that role than the ones she played on-screen.

Now the L-shape 7,000-square-foot space is Harlow, named after the 1930’s screen goddess Jean to evoke old Hollywood. Will Meyer and Gray Davis painted the bar-lounge a gentle but eye-catching blue. Oak paneling wraps the main dining room, its leaded-glass windows backlit to produce an amber glow. Dozens of Empire-style chandeliers were restored, while new lighting contributes to the festive vibe: Black Venetian glass pendant fixtures flare trumpetlike, alternating with oversize black pendant domes above the bar. The whole gestalt of the place is a mix of historic and kick-up-your-heels festive. That’s evident in the ladies’ room, with its rose-petal wall covering and Hollywood Regency mirrors, entirely worthy of the restaurant’s namesake.