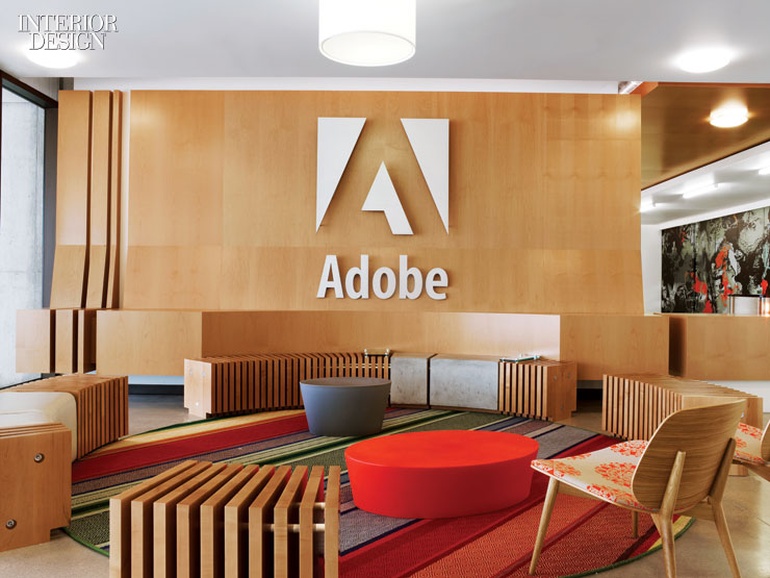 After buying a Web-analytics company 800 miles from headquarters in California, Adobe Systems was at a crossroads. It needed a facility to gather activities under one roof and to capture an expanded identity. To accomplish this, Rapt Studio was hired to handle the interiors of a building that didn’t even exist yet. Then design principal David Galullo chose the architect, WRNS Studio partner Bryan Shiles.

The result—four stories comprising 280,000 square feet, with a wing built right over Interstate 15—is certainly the most unusual structure in the city nicknamed Silicon Slope. Each level is broadly themed: entertainment, sports, work, or dining. Uniting three of the levels is a vast atrium populated by Ping-Pong and billiard tables.

Hip graphics include Los Angeles street artist El Mac’s spray-painted depiction of a child drawing. “You’d think El Mac would be the furthest remove from the digitalization of art,” Galullo says. But the artist paints from photographs transformed with Adobe’s Photoshop.