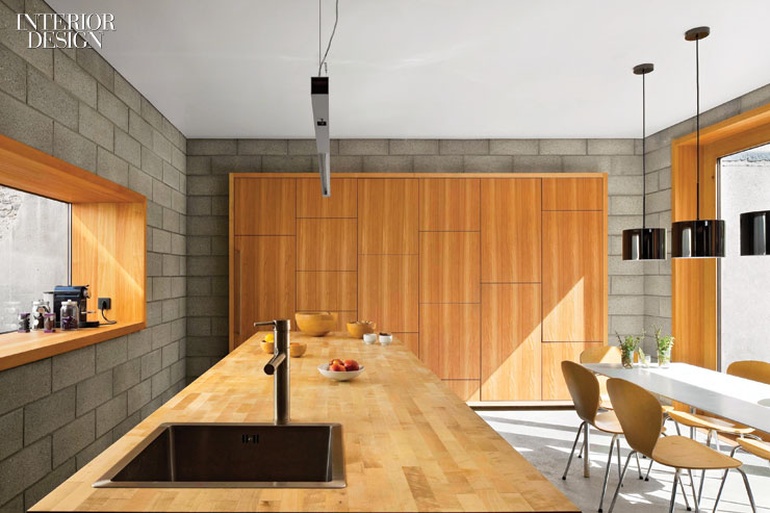 “Gustave Eiffel’s factory and headquarters were near here,” Laurence Leguay says of suburban Bois-Colombes, in a loop of the Seine northwest of Paris. “So it’s still filled with 19th-century workers’ houses.” Which is what attracted her and her husband when they started to feel cramped in the Parisian apartment where they’d been living with two young daughters.

The couple found a small house on a quiet street, with a side yard that, while unkempt, offered the possibility of expansion. It took three years for Moussafir Architectes to complete the work, given the need to comply with municipal restrictions for historic preservation. The result, daylight-flooded and resolutely contemporary, doubled the original square footage, for a total of 2,500, by adding an L-shape extension that turned the overall footprint into a U articulated at the corners by glass connectors.

The original structure now contains the living room at street level, while excavation allowed the level below to become a pair of bedrooms for the daughters, a shared walk-in closet, and bathing facilities. (In the French manner, there’s a bathroom, with a tub and sinks, plus a separate WC.) The narrowest component, roughly the base of the U, contains the main entry and the staircase. In the final leg of the U, the open kitchen   and dining area occupy the street level. “That’s action central, where we spend much more time than anywhere else,” Leguay says. Upstairs is the master bedroom, which incorporates a bathing area set off by nothing more than black ceramic mosaic tile.

“The main idea was to allow the most natural light and ventilation as possible,” Jacques Moussafir explains. In a witty inside-out/outside-in effect, the bathing area appears practically en plein air, as it’s positioned at one of the glass connectors. A larch-lined niche for the sink is set into the black Belgian brick wrapping the adjacent component of the addition, and the toilet is mounted on the same wall. The brick is ¾ inch longer than standard size, creating the illusion of wider walls and larger rooms. Going big—something Eiffel would appreciate. 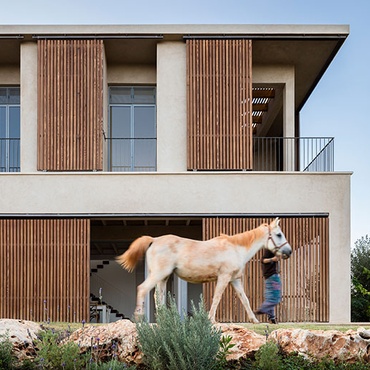 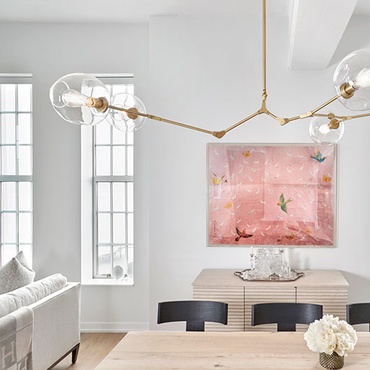