Mini to the Max: MiniMod Prefab by MAPA 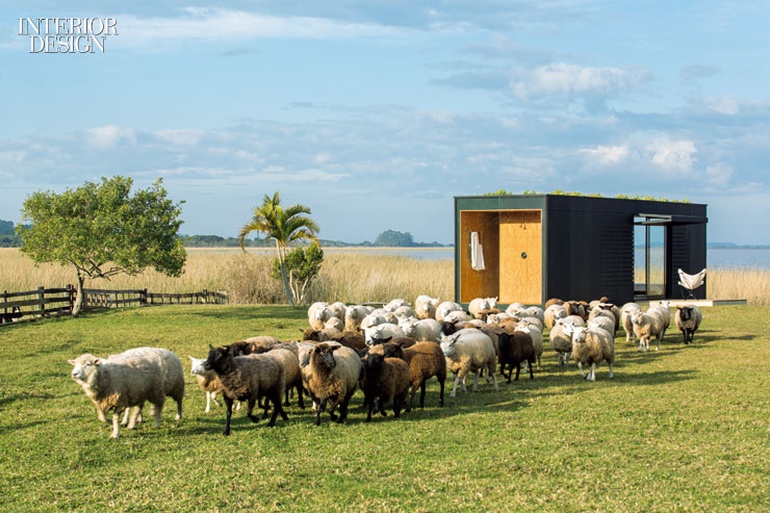 The benefits of a house already more or less factory-built when delivered to a site are logical: increased control, decreased waste and construction time. Which explains why prefab has enjoyed bouts of popularity over the past decades. So the two firms that have subsequently merged to become MAPA knew they were somewhat reinventing the wheel when they decided to collaborate on a prefab system—but with one significant novelty. “Prefabs here in Brazil look like Swiss chalets,” partner Silvio Machado says. “In timber, with a pitched roof.” Not so with MiniMod, a dwelling that’s both modern and modular and, at 290 square feet, clearly miniature.

The idea grew from a weekend getaway that Machado had designed for a forested lakefront property in Maquiné, on the coast not far from the border with Uruguay. To minimize disruption to the landscape, he determined that prefab was the way to go. A factory then built the house, supported by a lightweight steel frame and enclosed by walls in plywood or glass. The finished product received abundant media coverage, resulting in endless calls from potential clients hoping to order their own. “They thought we had a catalog of houses to pick from,” Machado jokes. Evident demand inspired him to start the sideline that, after two years of more serious research and design, was officially named MiniMod. It’s expected to be available in early 2014.

Machado envisions it as a compact retreat, a portable showroom, or, combining enough units, a modular hotel. There’s a sleeping area at one end and a bathroom at the other. On each side of the central kitchen and living-dining space, a perforated fiberboard shutter folds up to become a canopy above a sliding glass door. Interior cladding is plywood.

Reached by a mobile exterior staircase, the roof of the prototype in Maquiné is planted with shrubs and wildflowers, which help insulate the interior against the subtropical sun. Machado suggests another benefit: “You can go up, pick the leaves, and use them to brew your own maté.” All at no additional charge beyond the MiniMod purchase price, $45,000.