Hope Comes in Many Colors: The San Francisco AIDS Foundation by Rapt Studio 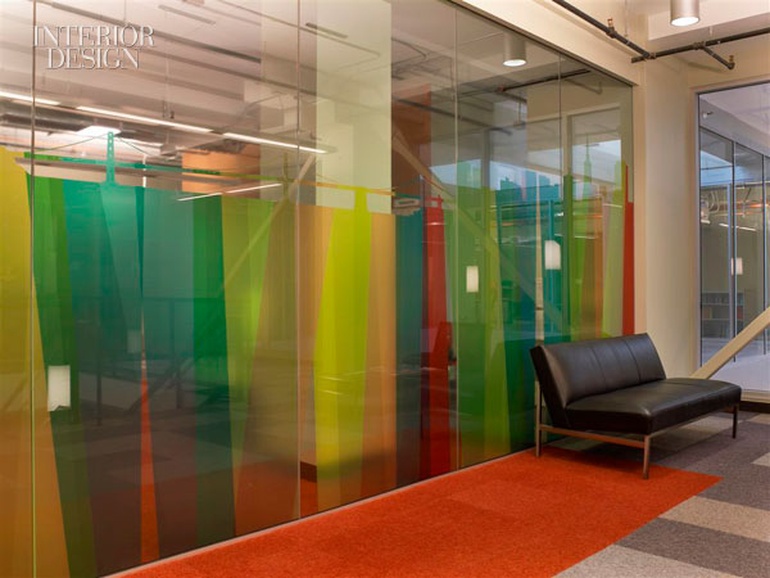 All it took was a bike ride to get Rapt Studio design principal David Galullo to make a long-term commitment to the San Francisco AIDS Foundation. After participating in his first AIDS/LifeCycle, a seven-day journey down to Los Angeles, he was so inspired by the nonprofit's mission to reduce HIV infections through education, advocacy, and care that he went on to become a board member. Almost 7,500 miles later—that's a dozen rides—he jumped at the chance to design a joyful and efficient new home for the foundation.

Galullo offered to revamp the 45,000-square-foot space for a third of Rapt Studio's typical fee. In addition, he was able to parlay relationships with manufacturers such as Herman Miller and InterfaceFlor into assorted donations and discounts. While the construction budget was slim, he spent the most on a central atrium with an open stair to connect the main reception area with three levels of offices and client-service zones.

"It was important that there be a heart to the organization. The atrium brings everyone out to grab coffee, take the stairs or elevator, or go to a meeting," he explains. Throw in some "good old-fashioned paint" in bold citrusy shades, he continues, and the office becomes the kind of social and cultural hub the foundation needed to expand its medical services, housing assistance, and support groups.