Figures of Speech: Nuno Montenegro Designs A Building For The Polytechnic Institute of Beja, Portugal 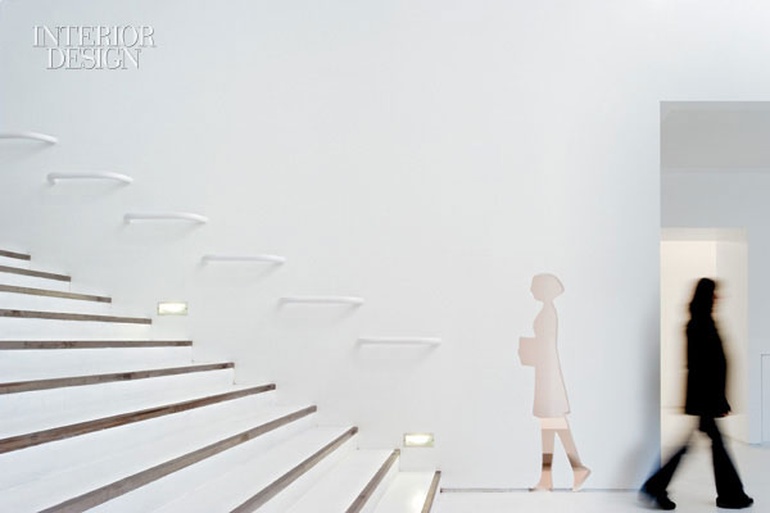 A dashing Portuguese architect, Nuno Montenegro has two maestros—he made their acquaintance at university in Venice. One is Vittorio Gregotti, known for geometrical, function-first designs for everything from door hardware and interiors to urban planning. "Never a step out of order," Montenegro says, parroting a Gregotti dictum. "Once, he told me I'd be a great architect if my designs were just a bit more orderly. I still don't agree totally with that." Nor did Gregotti's colleague Aldo Rossi, who famously encouraged students to address the ambiguity and symbolism that surround us. "The romantic vision," Montenegro explains. "Rossi was often unhappy in his futile fight against a world of extreme definition that lost a bit more of its Renaissance legacy every day. Part of my work is truly dedicated to him."

The clashing ideals of Vittorio the Vitruvian and Aldo the emotional come together visibly in a building that Montenegro + Partners Architects designed­ for the Polytechnic Institute of Beja, Portugal. A sleeper of a project—and the firm's most ambitious by far—the 53,000-square-foot School of Management and Technology owes its powerful exterior presence to clean lines and rigorous simplicity. The thick white walls and small windows fur­ther­more reflect the climate in the southern part of the country and, in some ways, recall the rural vernacular. Inside, meanwhile, the obsessive whiteness continues, while idiosyncratic flourishes keep students on their toes.

Most memorable are the human silhouettes that recur on the walls. Some are wood cutouts applied to either fixed or sliding glass doors; others are simply apertures in the cast concrete; still other apertures are glazed. All could be interpreted as suggesting distinct personalities, alternately endearing or slightly spooky. It's a bit surrealist, perhaps Giorgio de Chirico with a dash of M.C. Escher for good measure. However they make you feel, their ghostly presence makes you think. As Montenegro explains, the message is: Learn by perception. "Architecture communicates its ratios, dimensions, colors, textures, and symbols to produce a world in balance," he says. "Someday, if someone remembers a special detail of a stair, then I have done my job."

The human shapes are only one of many conceits meant to raise questions. There are plenty of puzzles to ponder. For example, why are interior doors tall and narrow, when exterior doors are low and wide? Why does a carved bas-relief of the elemental symbol for water, H2O, appear on the ceiling of the entry? Why does its shared station for the receptionists and security guard have two small round windows? It might be to intrigue students and reduce­ the scale of the huge room, but Montenegro, like his mentor Rossi, stops short of a straight reply. "The answer to those questions is part and parcel of the process of gathering and transforming information," he says. Architecture becomes a metaphor for the daily challenge of teaching students: Encourage questions before giving the answer, but offer paths of discovery.

From symbolism to contextuality and functionality, Montenegro's submission to the European Union-sponsored competition for the project won in every category. A jury of mainly Portuguese architects was clearly smitten by a solution so pleasing to the senses while acknowledging the economic realities of a nation "relying on rather scarce resources," Montenegro says. The brief called for an ambitious program, with administrative areas as well as student zones including the inevitable Portuguese bar in addition to more serious-minded facilities. There's a state-of-the-art computer department, a variety of wet and dry laboratories, and 15 classrooms. In a straightforward, rational division that's pure Gregotti, Montenegro ganged the labs partially below-grade and the classrooms on the second level. And each large classroom can be divided in half by placing a simple partition across the space.

Also eminently rational, multiple entrances connect to the corridors that run through the center of all three levels. Yet these long, wide expanses of white-on-white, already a bit disorienting, further deceive visitors with false doorways. Montenegro's School of Technology and Management never fails to create opportunities for reflection. The theatricality and grandeur are unmatched elsewhere on campus.