Towodesign Draws on Ancient Traditions for a Passive House Exhibition in Xi'an, China 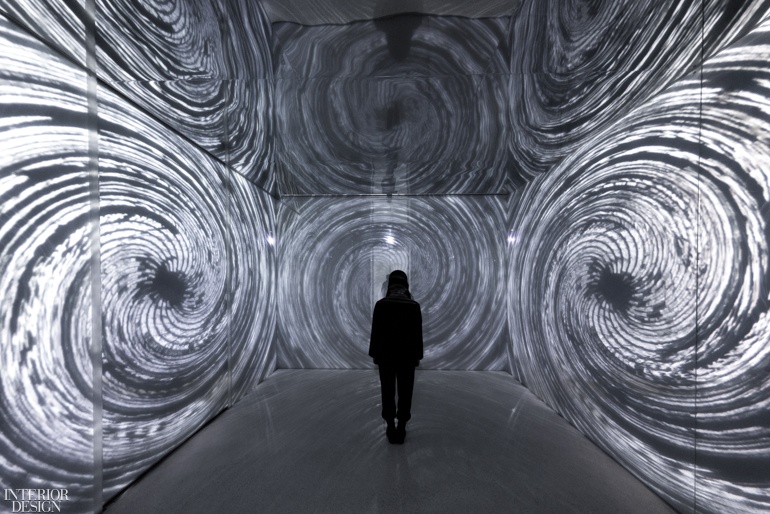 Asked to turn the second floor of developer Gaoxin Real Estate’s Xi’an sales office into a 15,000-square-foot exhibition space extolling the virtues of the passive house, Towodesign looked to the past for inspiration about how we might live in the future. The city, one of the Four Great Ancient Capitals of China, is most famous for the Terracotta Army of Emperor Qin Shi Huang, a much-visited site. Among the northern region’s other claims to fame, however, is its 4,000-
year-old culture of cave houses—yaodongs in Chinese—in which an estimated 40 million people still lived as recently as 15 years ago, though that number continues to shrink as the younger generation is lured to urban centers in search of better jobs and prospects.

Built into the earth, which serves as an effective thermal insulator, keeping the
interior warm in winter and cool in summer, the yaodong is an exemplar of the passive house—a sustainably built residential structure that drastically lowers energy consumption without sacrificing modern comforts—though without that last characteristic, perhaps. Nevertheless, this link with local history and culture, and the lessons it offers the ongoing passive house movement, is central to the concept that Towodesign co-founders, art director Mu He and COO Qian Zhang, explore in the exhibition space or, as they dub it, “experience hall.” As spelled out in the multiroom installation’s title, “Cave Dwelling Shall
Predict the Future” says the idea of the yaodong doesn’t have to die out in the face of contemporary life but could be adapted and updated to become the ultra-low-energy residence of tomorrow, even in cities.

“The soil used to construct cave dwellings is the core element throughout the pavilion,” He explains. “The shape and atmosphere changes with the protagonist material’s transformation, from unconstrained and free to a convergent and
regular form.” Dividing the hall into six distinct zones, the designers take visitors on a conceptual and sensory journey in which earth undergoes a rebirth as the traditional cave dwelling metamorphoses into its modern urban counterpart.

He and Zhang call the first room an
“emotion converter,” a kind of transition between the outside world and the interior information-rich environment within. Ar­riving visitors stand inside a large box with electrochromic-glass walls on which a dazzling light show is projected, vivid images that evoke the technology-driven marvels of today’s world. As the virtual
vision fades and the box becomes transparent, surrounding piles of disused household heating and cooling appliances are revealed: We may live in shiny, fast-moving times, it seems to say, but behind that
facade is a heap of worthless junk. One of the glass walls then slides open and visitors embark on an experiential journey into the realm of cave dwelling.

The galleries are defined by 3D-printed representations of cave dwellings—biomorphic structures made from packed layers of diatomaceous earth arranged in flowing curves that mimic patterns of wind erosion on desert landscapes. These undulating forms guide the way through a series of
interactive and static exhibition areas including a curved-screen cinema outfitted with sinuous bench-style seating that mirrors the larger sculptural envelope.

“In the first half of the pavilion, soil highlights nature, telling the history and policies of passive houses at home and abroad,” Zhang says, describing how the progression from room to room was determined. “In the second half, soil is reborn as the material of science and technology for constructing passive houses.” The biggest challenge, He notes, was to design a “mixture of space and information” in which words, videos, or models might make up the content of the exhibition. “Materials, shapes, and light all have their own ways of getting at the emotions behind the information, and thus become part of it,” Zhang adds.

In stark contrast to the pulsing lights and dystopian machinery encountered in the first room, the journey ends with a plant-filled, grass-turfed installation, a utopian haven where a cobblestone path leads beneath a tree canopy toward the exit. A mirrored ceiling further enhances the feeling of being surrounded by the natural environment. “This reflects the original intention of returning to nature,” Zhang says, homing in on the goal shared by both the exhibition and the passive-house movement it celebrates. The effect across the six separate rooms is of a self-contained universe, separate from the one outside.

“The exhibition hall is a place where all kinds of complex information is gathered together,” He concludes. “We needed to condense as much as possible, to make it more focused and, by giving it a narrative, ensure it is more deeply rooted in the hearts of the people.” The final stop, a starkly lit white corridor, serves as another transitional zone, a place for reflection
before visitors return to the realities of modern life. 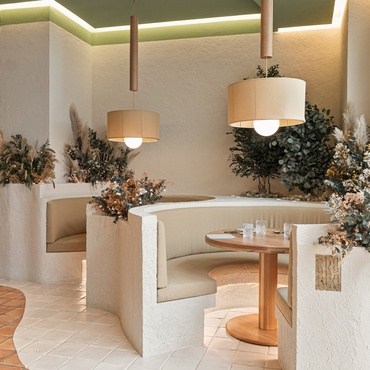 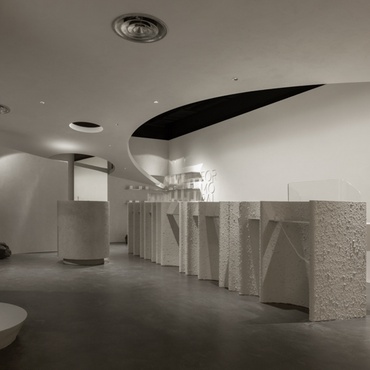 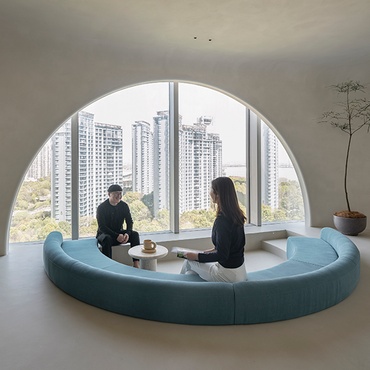 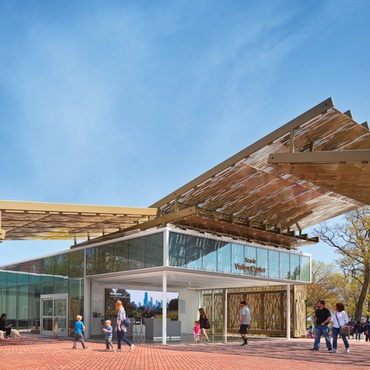 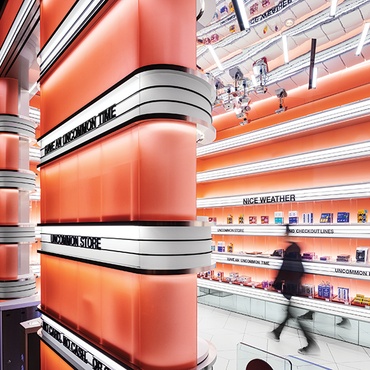 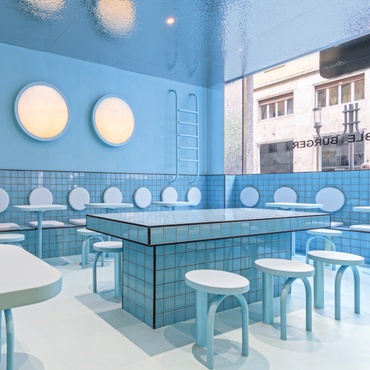 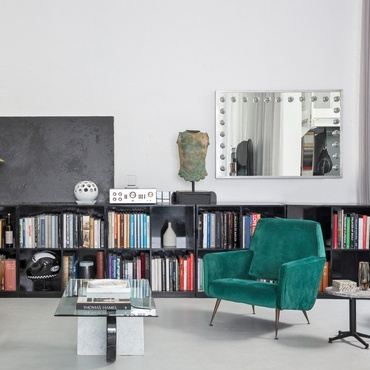 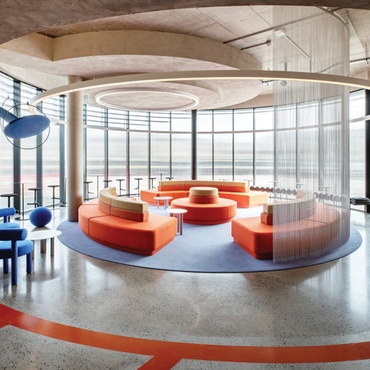