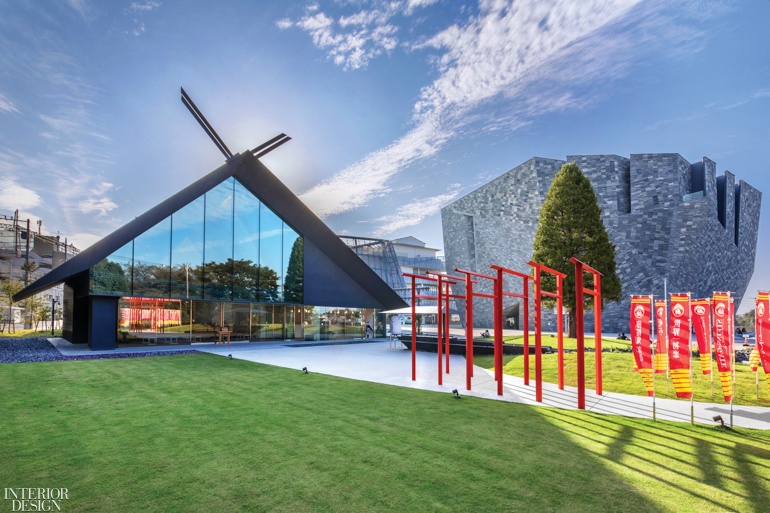 Modern building technologies combine with ancient references in a mix of centuries-old and new projects around the globe.

Standout: The restoration and reconstruction of the site’s 16th-century palace began with a 3D model based on thousands of drone photographs, which enabled the mapping of all necessary plaster and Moravian droba stonework modifications as well as the insertion of new elements, such as Corten footbridges, polished concrete flooring, steel-beamed glass roofs topping five chambers, and long oak benches placed outside them.

Standout: What had been a late 1600’s monastery turned hospital is now the headquarters of DIY-craft market business group Tap Holding and its 100-plus staffers, with the former chapel’s sacristy converted into a skylit main reception, the cloister remains planted with gardens by Wirtz International, new Tudorfer Pflaster cobblestone and repaired brick throughout, and a neutral envelope of screed and oiled white oak.

Standout: Occupying the 160,000- square-foot former velodrome built for the 1976 Olympic Games, the science museum that’s now home to thousands of plant and animal species—penguins, macaws, Canadian lynx—retains its architectural heritage with the insertion of a biophilic skin made from Batyline and Precontraint that reaches 37 feet, plus other freestanding elements, and is capped with massive skylight panels.

Standout: Part of the new Tokorozawa Sakura Town development, for which the Interior Design Hall of Fame member also conceived a reinforced-concrete shrine, the five-story granite structure, its form representing magma rising from the cracks in the colliding tectonic plates that created the region’s Musashino Plateau, is a hub for all genres of art—anime, natural history, books—the centerpiece being a 26-foot-tall library that accommodates 50,000 volumes and, with the activation of projection mapping, functions as a bookshelf theater.