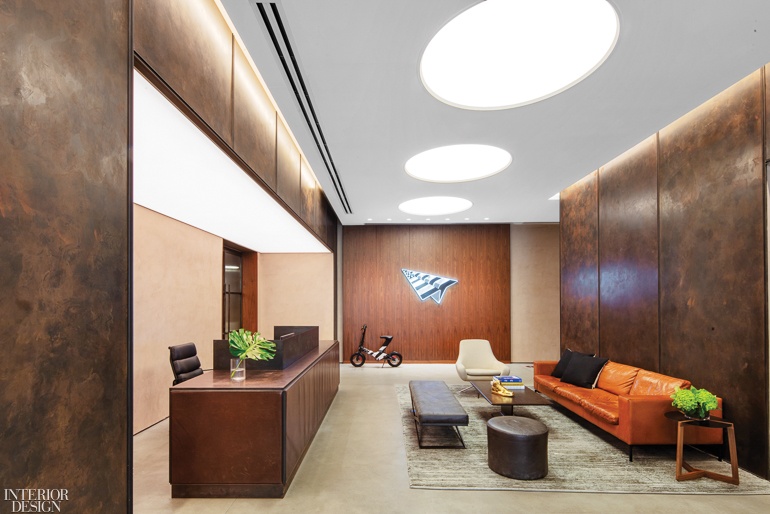 Shawn Corey Carter, aka Jay-Z, is perhaps best known as a superstar rapper. He’s earned 22 Grammy Awards and, according to Forbes, he’s the first hip-hop billionaire. The husband of Beyoncé can claim equal fame as a global mogul. Roc Nation, the entertainment company he founded in 2008 as a joint venture with Live Nation, encompasses
every aspect of the modern business. From offices in New York,
London, and Los Angeles, Roc
Nation, in a word, represents. The talent-management arm handles such recording artists as Alicia Keys and Meek Mill and sports figures as Kyrie Irving and Skylar Diggins-Smith. Rihanna and Rapsody are part of the company’s record label. Publishing, distribution, and streaming are in the mix, too, as are Paper Planes apparel, Armand de Brignac Champagne, and Philadelphia’s Made in America Music Festival. A recent coup entails Roc Nation signing with the NFL to oversee live entertainment and social justice activism.
“We’re hoping to affect what’s going on.” This from Roc Nation CEO and co-founder Desiree Perez, who goes back with Jay to 1996, when she booked him to perform at a club she was managing. Now, overseeing a staff of 450, 52 percent of whom are minorities, she leads development and growth across Roc Nation. That includes the New York office’s move from the Garment District to Chelsea, where Perez handed over the mic to Jeffrey Beers International.

At first, the choice might not seem obvious. Founder and CEO Jeffrey Beers is renowned for hospitality work—counting Four Seasons Hotels, the Ritz-Carlton Hotel Company, and Jean-Georges Vongerichten among clients—not office, and, encompassing 29,000 square feet across four floors, with another 9,000 square feet outdoors, it’s a big office to boot, serving as Roc Nation’s headquarters. But it’s precisely Beers’s expertise in hospitality that initially connected him with Jay-Z, Perez, and her husband Juan to design their 40/40 Club in 2003. So bringing Beers in to interpret Roc Nation’s “bold, fearless, and creative client culture,” according to Perez, in 3D format, was a natural fit.

“This is an amazing building with incredible bones,” Beers says of the nine-story, LEED Silver–certified building that Morris Adjmi
Architects completed in 2018 in the heart of Chelsea’s gallery district. “I envisioned a real downtown New York feel, but one that’s warm and residential, too.” Not to mention fittingly gallery-esque, since Jay owns a world-class contemporary art collection, featuring pieces by Jean-Michel Basquiat, Keith Haring, Roy Nachum, and Mickalene Thomas, all of which are on display at Roc Nation.

In fact, it’s Jay who selected the stirring black-and-white portrait by South African artist and human-rights activist Zanele Muholi as the street-level introduction to Roc Nation. Farther inside, the lobby reads serious and corporate: concrete flooring, walnut and patinated-steel paneling, an impressive steel and leather desk. There’s no name, no label—save for a Paper Planes logo on a far wall.

Off the elevator on the sixth floor, the first of the office’s consecutive four levels, is where Roc Nation truly comes into play. Here, outfitted with the iconic DS-600 leather sofa to feel like a VIP lounge, JBI launches the pervasive materials palette: buffed concrete, wood, and glass. Among other standouts is the internal staircase, a switchback construction in rich walnut that rises to a secondary lounge while surrounding an energetic symphony of an eight-foot-tall sculpture by Nick Cave.

Executives had plenty to say about the look of their own suites, which include an office, a meeting room, lounge, pantry, and private restroom. Beers strove to have each reflect the personality of its occupant. “Desiree’s exudes competence and elegance,” he explains. Its fire-breathing Godzilla artwork by Gian Luigi Delpin, “gives an air of power.” Meanwhile, her husband’s suite “has a relaxed and laid-back personality,” which the JBI team expressed as “a social space,” with leather-
upholstered seating, a Basquiat painting, and plenty of athletic paraphernalia (Juan Perez is president of Roc’s sports division). The suite of music division executive Ty Ty Smith, who Beers describes as “subtle and savvy,” meanwhile, is defined by gray-stained oak millwork and flooring, a crisp angular desk, and minimalist abstract art by Christian Rosa.

Subtle may not be the adjective to best describe the social media room. Moody, perhaps, or futuristic. The rounded space is a feat of acoustics, encased in a white plaster sphere and cocooned in charcoal leatherlike paneling, mink-gray carpet, and a gray-painted ceiling. The one flat wall is essentially a floor-to-ceiling bank of screens displaying relevant content.  Nearby, the main conference room is “impressive and just what Desiree wanted,” Beers notes. A wall of windows with views of the Hudson River and another paneled in rosewood flank what’s truly a statement table: a 40-foot-long expanse of Nero Marquina marble that seats 30.

Best of all, though, may be the rooftop. A bona fide plaza of concrete pavers and artificial turf, it’s populated with teak benches and tables. In one direction is a view of another Paper Planes logo, this time oversize and in painted metal. In every other direction, there’s the spectacular cityscape—vistas of Hudson Yards, the Empire State Building, and the Chrysler Building reminding of, and maintaining, New York’s grit and glamour.