From movie theaters to video-game rooms and from children's playrooms to center stage at the Academy Awards, 2019 offered a wide array of choices for Interior Design's picks as top entertainment projects we covered this year. The following 10 selections, which include the Best of Year award winner and honoree in the Kids' Zone category, are our favorites. 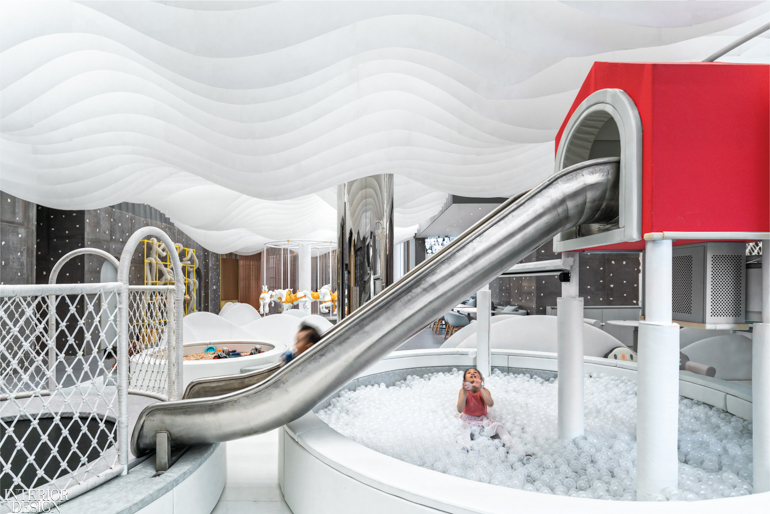 Aiming to mix education with entertainment, the restaurant-amusement venue beckons with a painted perforated-aluminum facade, followed by rooms with a carousel and a slide under acrylic “clouds.” The project won a 2019 Best of Year award for Kids' Zone.  Read more about this project

Wavy leather-upholstered lounge seating and the pool’s dropletlike iron drums recalling condensation signal an aquatic theme at the parent-child swim center integrating leisure and entertainment. The design was a 2019 Best of Year honoree for Kids' Zone. Read more about this project 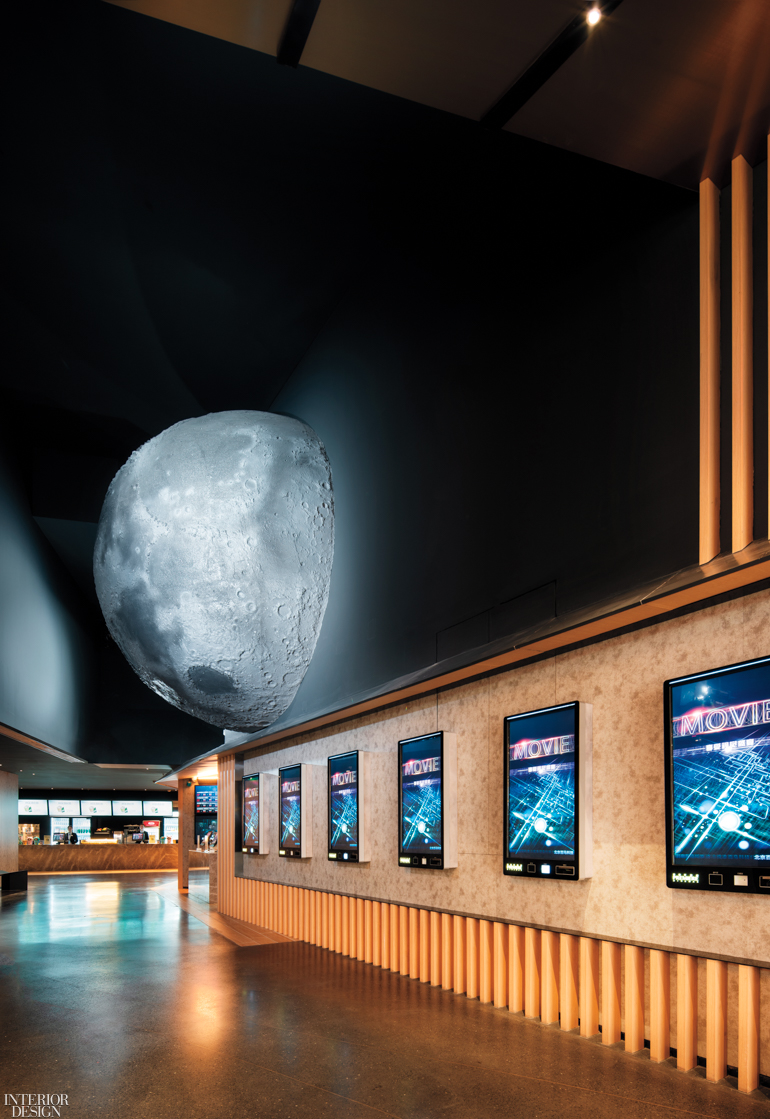 For centuries, the indoor-outdoor garden pavilion has been a traditional venue for Chinese plays. The concept gets a contemporary interpretation at Premiere Cinema, an eight-screen movie theater in Wuxi, China, by 4N Design Architects. The city’s Taihu Lake is a popular destination for residents and tourists alike, so principals Danny Ng and Sinner Sin designed the 70,000-square-foot project to channel its natural setting. In the lobby, polished concrete flooring recalls still water at night, and even captures the reflection of an enormous “moon” overhead. The 16-foot-diameter form was rendered in fiberglass, craters and all, using a mold generated from a 3-D model based on the actual moon. Read more about this project 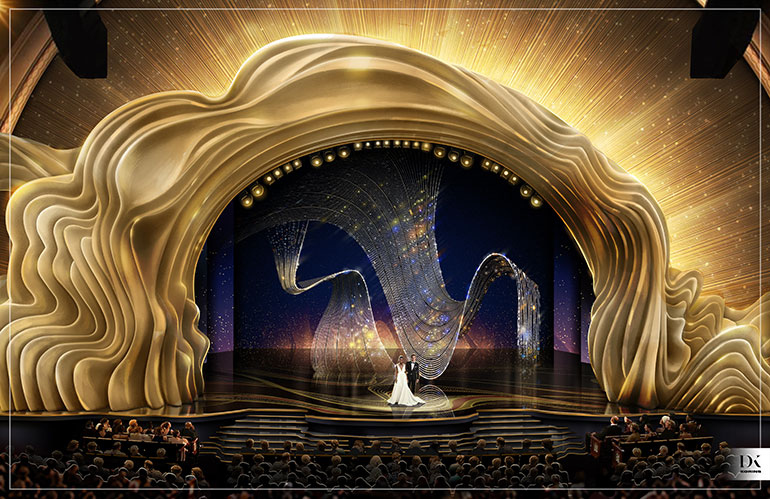 Words like "stunning" and "breathtaking" are sometimes over-used in the context of talking about design. But when the work of a master designer like David Korins is up for discussion, they're well-earned and often the only fitting descriptors for his monumental creations. Korins is an award-winning creative director and designer whose previous work includes designing the sets for "Hamilton" and "Dear Evan Hansen" on Broadway. Not to mention his set design for Fox TV's live production of "Grease!", for which he won an Emmy. Korins designed the set with Swarovski for the 91st Academy Awards. Read more about this project

GameOn in Shenzen, China by PleasantHouse Design and Intact Studio 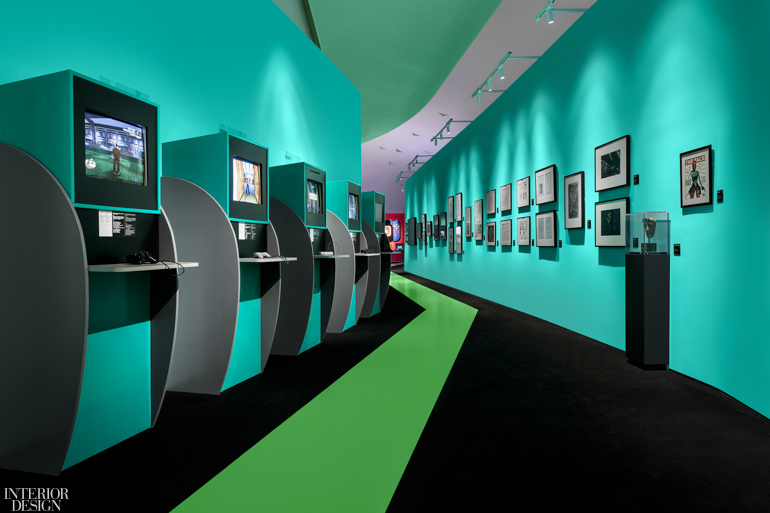 Every gamer has dreamed of stepping into their favorite animated world. While that’s not possible—at least not yet—visitors to the GameOn Exhibition and Festival in Shenzhen, China, got closer than most last year. PleasantHouse Design and Intact Studio’s design for the festival, organized by Blooming Invest and the Barbican Centre London, created an almost 50,000-square-foot pixilated maze for attendants to conquer as they played 150 classic arcade, console, and virtual reality games. Read more about this project 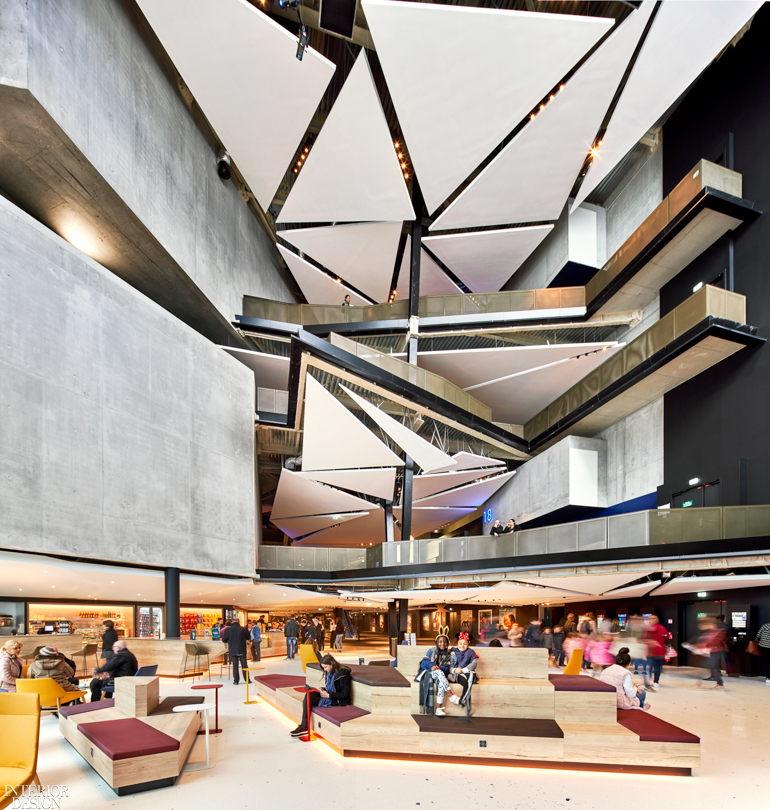 The best part of movie theaters is usually when the lights go down. Not so for the new Cinéma UGC Vélizy 2 in Île-de-France’s north-central area Vélizy-Villacoublay. Thanks to Paris-based Atelier d’Architecture Lalo, the 143,000-square-foot complex is as much a draw as any superhero extravaganza. Read more about this project 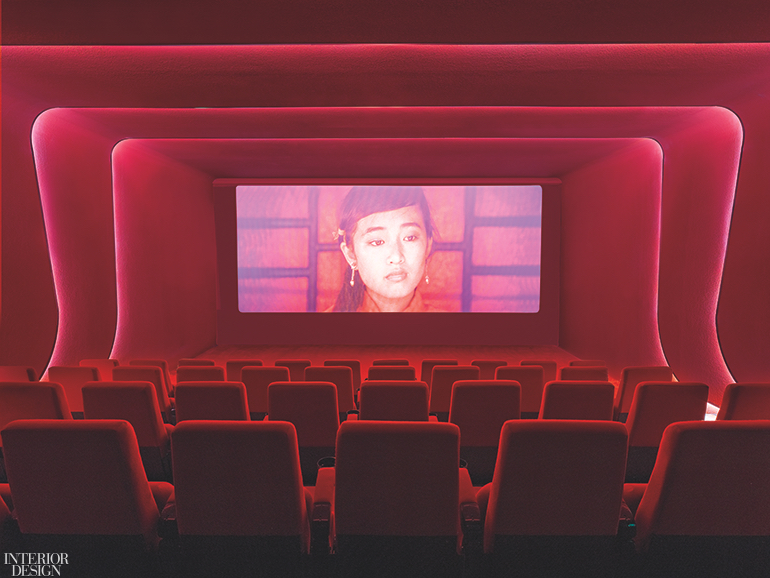 Sybarite launched its China venture by helping Shin Kong Place, a 12-year-old shopping mall in the nation’s capital, rebrand itself as a world-class luxury department store with a much punchier moniker: SKP Beijing. The studio then redesigned the flagship, which opened in 2017 and has since been reported the world’s most successful department store by revenue after Harrods in London. Sybarite has now completed its second SKP store, this one a 20-story behemoth in the northwestern city of Xi’an. Read more about this project 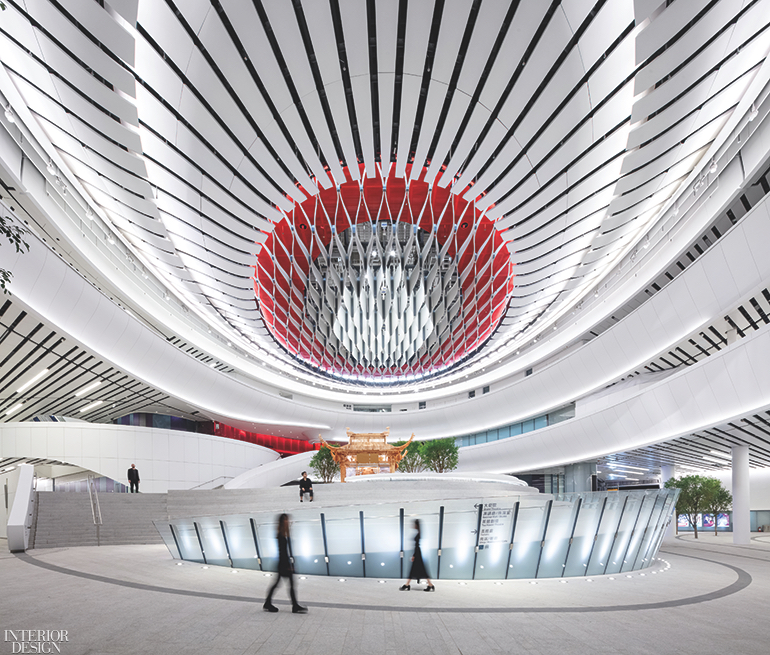 The dazzling first venue in Hong Kong’s ground-up West Kowloon Cultural District is attracting a new generation to the centuries-old xiqu, or Chinese opera. The centerpiece of the Xiqu Centre by Revery Architecture and Ronald Lu & Partners is the 1,000-seat Grand Theatre. “There are few modern venues dedicated to that art form,” Revery principal Venelin Kokalov says. “So we designed it from scratch.” That meant raising the 65,000-square-foot theater 90 feet above the noisy city for premium acoustics and testing the interior’s milled sapele mahogany veneer, stained a dark aubergine to match the chair upholstery, at its full scale with a live orchestra. Read more about this project 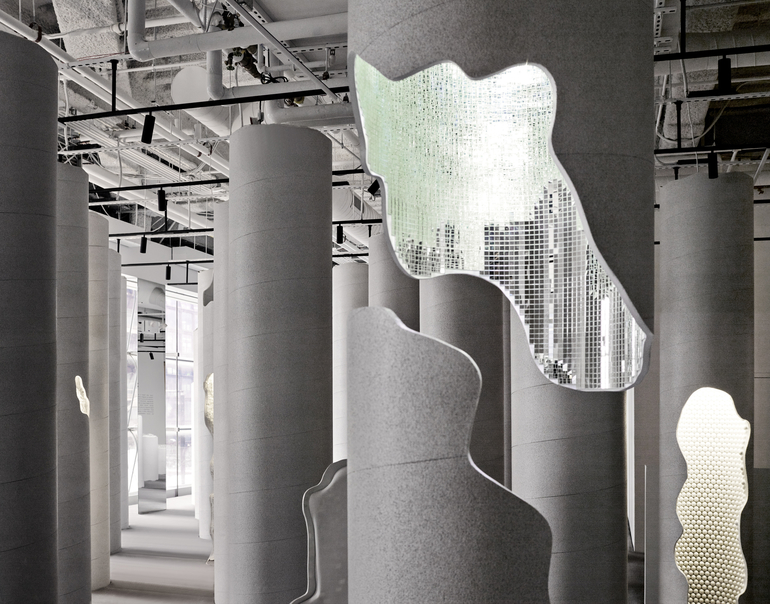 Dubbed Snark Park, Snarkitecture’s newest space, located at 20 Hudson Yards, is a departure from its regularly more ephemeral work. It will be the firm’s first permanent exhibition space and will feature three installations over the course of the year. The first of these, “Lost and Found,” is on display now. It’s a stark space filled with white columns, mirrored walls, and gray flooring, but that doesn’t mean it’s cheerless. In fact, the space draws inspiration from some of the most cheerful people there are: kids. Read more about this project 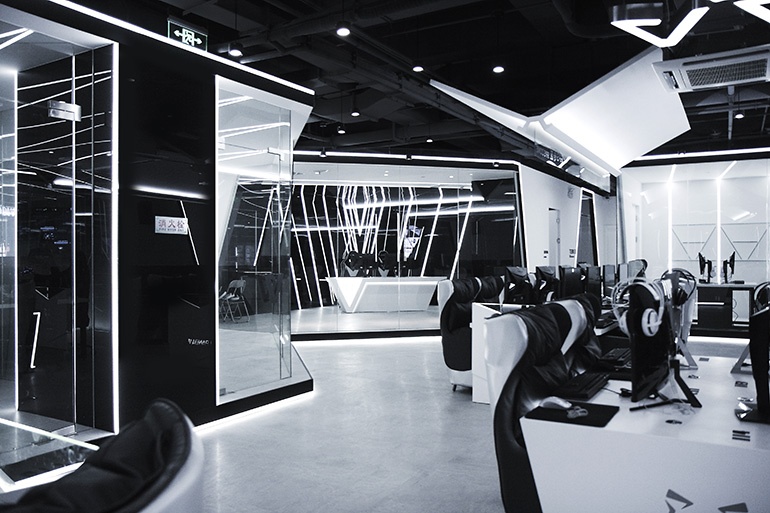 Electronic sports have come a long way since video games like Pong, and so have the expectations of players who are abandoning living rooms and Internet cafes for slick, dedicated spaces such as the XU Studio-designed Panda V flagship in Shanghai. Read more about this project