A Starbucks in Kyoto Blends Global Branding and Japanese Culture 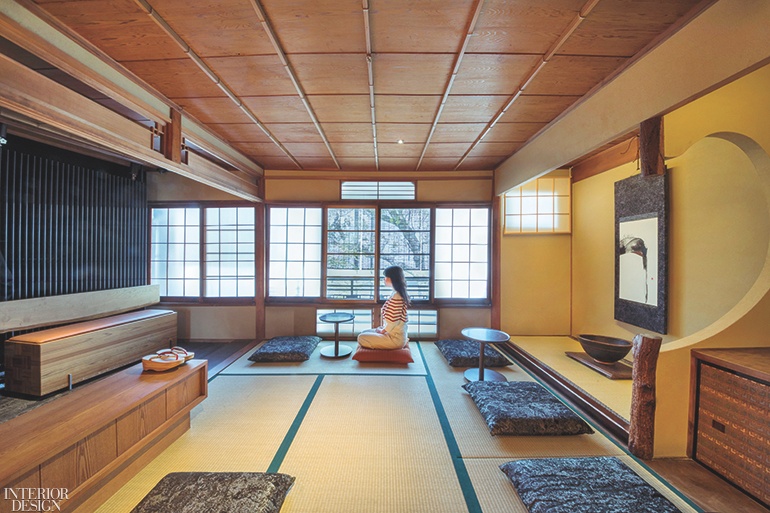 Traditional noren curtains, silk cushions set on tatami mats, softly hued earthen walls. Were it not for the placard emblazoned with the famous wavy-haired siren, you’d be hard-pressed to guess you’re in a Starbucks. But this faithfully restored, century-old town house on a historic Japanese street is the Starbucks Coffee Kyoto Ninei-zaka Yasaka Chayaten, part of a company-wide drive toward what it calls “locally relevant design.” Starbucks Coffee Japan designer Taichi Yamamoto says, “We weave in area design elements so that people can rediscover a community’s history, crafts, culture, and industry.”

In a sense, that approach echoes the diversity concerns that have recently consumed the service side of the company. Starbucks design teams have been trying to learn a similar—if less high-profile—lesson for the past decade: how to be a global coffee giant with over 28,000 stores in 76 countries without steamrolling the neighborhoods it occupies. It’s a tough challenge. The company typically moves fast when it opens new stores (one designer had just six weeks to fly to Mumbai, India, and create a flagship store from scratch) and needs to maintain a recognizable brand.

As business boomed in the 1990’s and early 2000’s, Starbucks responded to that challenge with cookie-cutter designs that could be applied to malls and Main Streets just about anywhere (a design “kit” is still used to plan stores around the world, although it’s a lot more flexible these days). Designers at the Seattle headquarters were creating stores for countries they would never set foot in. When sales fell around 2008, however, company executives rethought their approach. Led by recently departed CEO Howard Schultz, they redistributed design teams around the world and challenged them to reflect local aesthetics and coffee-drinking habits. That’s led to myriad design coups, including an AIA Seattle Award for a drive-through café made from recycled shipping containers, a Fukuoka, Japan, outpost designed by Kengo Kuma and Associates, and shops in such venerable sites as a former bank vault in Amsterdam, the Galeries Lafayette in Paris, and Bosque de Chapultepec in Mexico City.

The Ninei-zaka store is among the company’s more extreme attempts to blend in. The concept germinated around 2007, when Tokyo headquarters decided to open a store in Kyoto’s eastern foothills, where many of the city’s most beautiful temples and historic neighborhoods nestle. The stone-paved Ninei-zaka street is a particular favorite among tourists; it leads to the 8th-century Kiyomizu-dera Temple, a UNESCO World Heritage Site. City planners fiercely guard its neighborhood’s picturesque streetscapes. An American chain had never before established a foothold amongst the local craft and pickle purveyors. When Starbucks directors decided to renovate a two-story, nearly 3,000-square-foot former town house there, they knew the city would demand that the traditional exterior of the building and its wooden surrounding fence be preserved. Yamamoto and his colleagues decided to go a large step further and fully restore the interior to its original state as well.

“The keyword for our concept was connecting,” the designer says. “How do we maintain respect for Japanese culture while integrating the essence of an American company?” The original structure was built in the sukiya-zukuri style, which incorporates aspects of teahouse aesthetics into residential design. Over its various reincarnations as an event space, a restaurant, a souvenir shop, and a classroom, however, the interior had been extensively altered. To deduce its original form, the designers—with the help of experts on traditional architecture including Tomiie Hirohisa of Tomiie Architects Office and Architectural Design Research Center historian Teruaki Matsuzaki—studied similar historic structures as well as old photographs and documents. The team ultimately restored a number of structural posts, turned a small sales area back into a courtyard garden (one of three), and hired plasterers and carpenters to refinish the interior using the same techniques as when the building was first constructed 100 years ago.

The resulting space leans heavily toward tradition—upstairs, where there are three tatami rooms, guests are asked to remove their shoes and sit on zabutons, or cushions. A long hall shoots from the entrance clear to the back garden, replicating the rammed-earth toriniwa that brought light and air into Kyoto’s historic town houses, called machiya. A round, paper-covered window overlooks a serene courtyard garden. Precipitous stairs lead to the tatami rooms, decorated with little more than mats and scrolls. The team even left in place an old mirror and a long-abandoned beehive in the rafters.

As for nods to today’s side of the equation, the coffee counter is a glowing rectangle meant to evoke the lanterns hung throughout the neighborhood during the annual Higashiyama Hanatouro festival. Nearby, an earthen wall has been painted with a Starbucks siren mural, and a set of contemporary scrolls references the company’s “coffee story.” There are also 21st-century upgrades like air conditioning and earthquake buttresses. Mostly, though, the café is an homage to local traditions, one that embraces the brand’s updated mission: To inspire and nurture the human spirit—one person, one cup, and one neighborhood at a time.