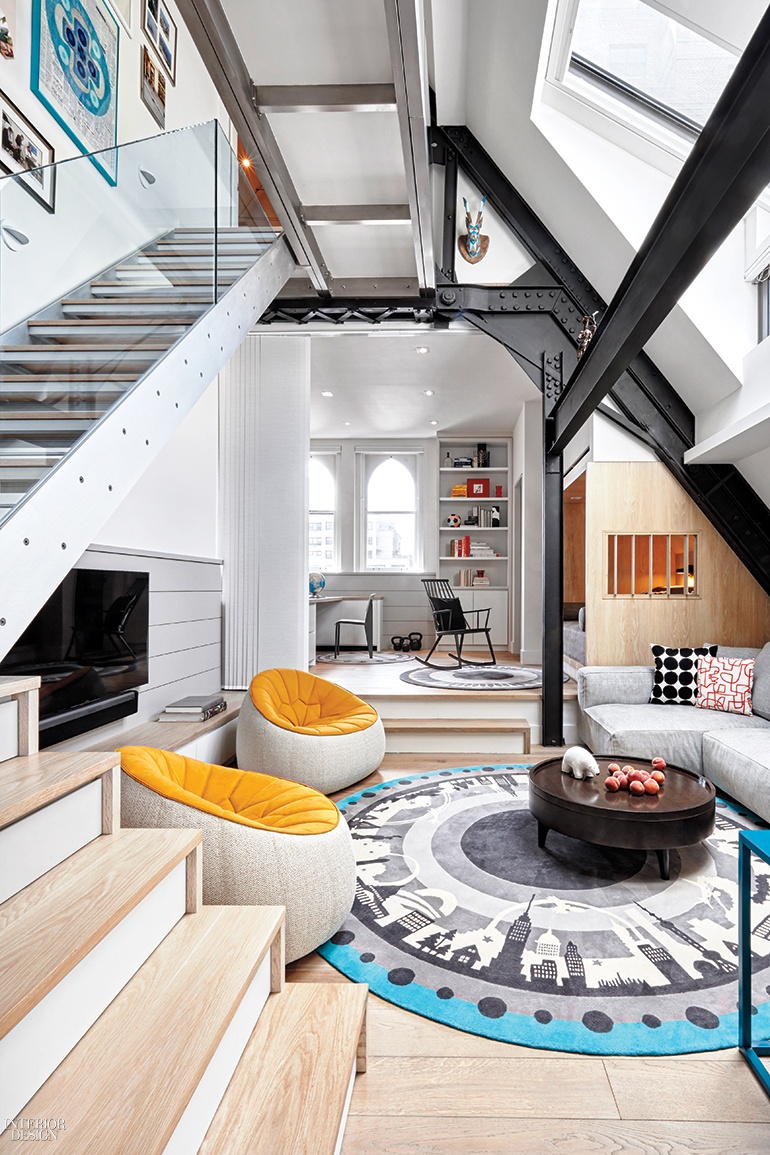 Gut renovations often yield the unexpected, but
for Goil Amornvivat and Thomas Morbitzer of AM/MOR Architecture, a duplex in Stuyvesant Square proved more surprising than most. Located at the top of an 1888 former parish house, the condominium offered little indication of what was hiding beneath a mid-1990’s renovation that prioritized square footage over a logical layout. So the first move was to rip out, and eventually replace, the upper level that had created the low ceilings. Then it was time to begin probing. “It was one poke at a time,” Amornvivat says.

Using models, AM/MOR developed the architectural plan and the interiors scheme simultaneously, using woodwork to tie everything below the pitched roof together and fine-tuning the orientation of the seating. As needed, square footage was sacrificed in favor of flow, resulting in a total of 1,100. Every inch was a debate—for example when building a platform at the back of the downstairs to bring windows to eye level while allowing plumbing for a powder room. “Because we’re both architects and interior designers, we know the limits of what you can do in a space like this,” Morbitzer explains. Another highly efficient element is the staircase. Its slim aluminum form and glass balustrade allow sunlight to stream from the master bedroom’s skylight to the living area, where they rest on additional steps that conceal storage.

Despite the stained-glass ceilings and painted faux stone elsewhere in the building, AM/MOR went in a completely a different direction, exposing steel trusses and painting them matte black. “We didn’t know how beautiful the trusses were going to be until we uncovered them,” Morbitzer says. “A lot of it was an act of faith.”