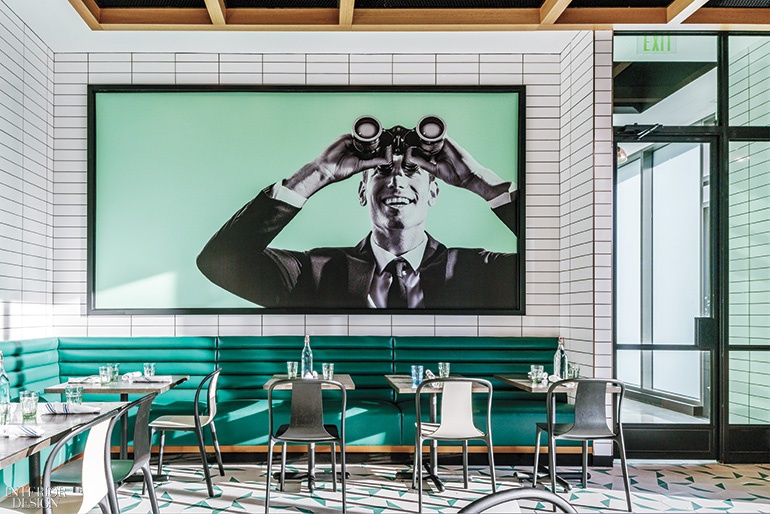 Standout: Harking back to the era when glass was manufactured nearby, there’s a nostalgia to the photomurals, which mix with the green tones of a grandmother’s kitchen.

Standout: The stripes of a mural, printed on linen, represent the energy of motion, as befits a location inside the Petersen Automotive Museum by Kohn Pedersen Fox Associates.

Standout: Painted reinforced gypsum forms arches that sweep across the ceiling as well as down structural columns clad in porcelain tile that looks like marble.

Standout: The ceiling canopy is painted in a green approximating the shade of extra-virgin olive oil, a key ingredient in the establishment’s Sicilian cuisine.