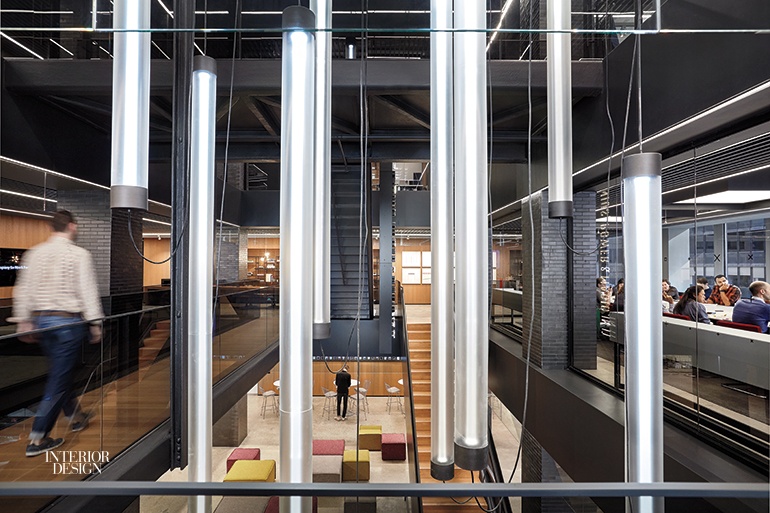 The marquee lights shine brightly. And not just from the Ed Sullivan Theater across Broadway. Gensler's relocated New York office has its own blazing display right inside. Marquee lettering, inspired by theater signage and rising through three of the five levels, sizzles with lights that spell out a quotation attributed to Johann Wolfgang von Goethe in translation: “Boldness has genius, power, and magic in it.” That conviction finds apt expression in the office overall, orchestrated by principal and design director Mark Morton.

A location bordering the theater district wasn’t the only inspiration for what Morton calls the office’s “backstage” environment—the metaphor furthermore reflects his own CV. He got his undergraduate degree in set design, then spent a decade practicing the craft before turning to interior design of a more lasting nature, eventually joining Gensler. He was also responsible for the previous office for the New York team, the global firm’s largest. After 10 years, that space was bursting at the seams.

Larger, at 120,000 square feet, the new office represents multiple changes. The antithesis of “backstage,” previous environs were “formal, corporate,” Morton says, reflecting the character of Gensler in earlier days, when its clients tended to be straitlaced financial and law firms. While those clients still abound, many are looking to jazz up their workplaces, too. Plus, Gensler has segued into more creative-minded interiors for such buzzy clients as Cadillac, Condé Nast, and Microsoft as well as diversifying into branding. In the process, staffers have become younger and hipper.

At the old office, Gensler occupied three levels. Now, with five, the question of fostering a sense of community became more urgent. Morton cut a hole through the floor slabs and inserted an open staircase, which employees now prefer to the elevators. And he put reception on the middle level, so everyone would have to travel either up or down. Ringing the stair atrium are office areas, glass-walled conference rooms, and such destinations as cafés and the materials library, the latter with its constantly changing display of new products to eye.

Specific studios, specializing in a particular design sector, comprise rows of workstations near the windows. The desktops are sit-stand. “You do see people up and down all day,” he notes. The reception desk is not only sit-stand but also extends as a cantilevered desktop with plug-in stations and stools, so visitors can flip open their laptops or charge their phones. That goes for the employees, too. “The receptionist, Valerie Halsey, has worked at Gensler for 16 years, and she is a favorite on the staff. You’ll see people hanging out there,” he says. Besides, he adds, “If I had to design another traditional reception desk, I’d kill myself.”

Much of the ancillary furniture came from the old office. Ludwig Mies van der Rohe’s Brno chairs, purchased decades ago, were still going strong, just in need of reupholstering. Now they’re pink, red, or orange. Some line a conference table, and others surround an Eero Saarinen table in a meeting area where Dan Flavin studies for light sculptures hang on the wall. From the meeting area, doors open to a meeting room that accommodates 100 in auditorium seating. Strands of aluminum beads, salvaged from the old reception area, now shade the windows of this large space—known as Studio 53 in honor of the legendary nightclub Studio 54, a block uptown.

Gensler’s signature red is mostly absent, replaced by “derivatives of red,” Morton says, pointing to an orange door. The materials palette is fairly straightforward, just as it would be in any real backstage space: concrete flooring in circulation areas, gray subway tile on walls and columns. Nothing is overly polished. After the existing carpet and linoleum  were ripped up and their adhesive ground off the concrete floors, they looked very distressed. “Are you sure you don’t want us to clean this up?” the contractor kept asking him. He was sure. After being buffed, the floors are high-gloss yet wonderfully mottled.

A whiff of stagecraft is noticeable as well. The room devoted to 3-D visualization and animation features overhead theater lights and fuchsia velvet curtains. Other details make reference to New York at large. A diamond-shape window, like the peekaboo openings in the ply-wood barriers surrounding the city’s construction sites, can be found in the model shop.

There’s a happy randomness to certain features—some actually planned and some truly serendipitous. Once the pendant fixtures were hung in the stairwell and turned on, their LEDs began to flicker when heat built up inside the acrylic tubes, returning to normal only when they cooled. Morton was pondering taking down the fixtures to tweak the design, but he decided he liked the unexpectedness of the light going on and off, so he left them.

Other fixtures operate literally like clockwork. At 4:30 PM, LED linear fixtures on the ceilings near the windows start glowing red, an effect visible from the street under the darkening sky. Morton’s work is not only a gift to the staff but also a lively contribution to the neighborhood. 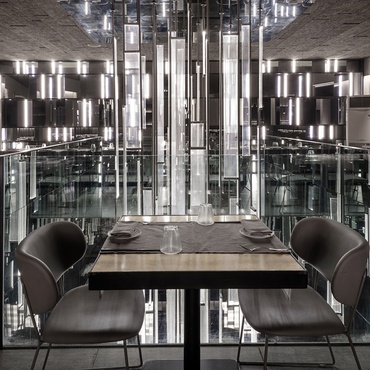 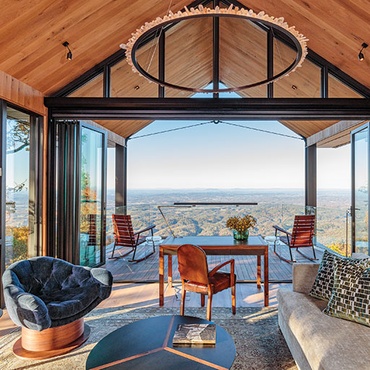 A Trio of Idyllic Retreats Raises the Bar on Rural Modernism 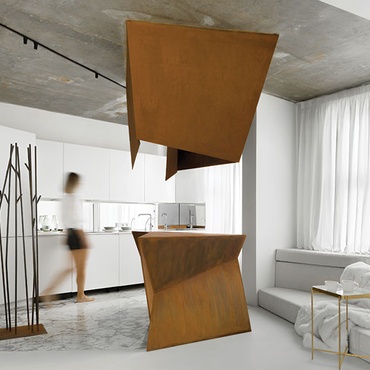 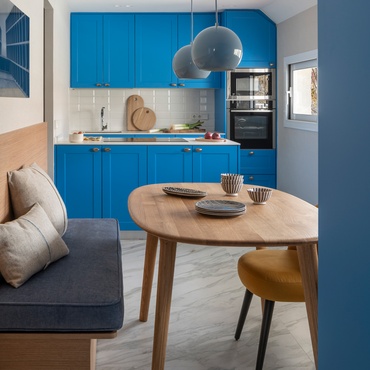