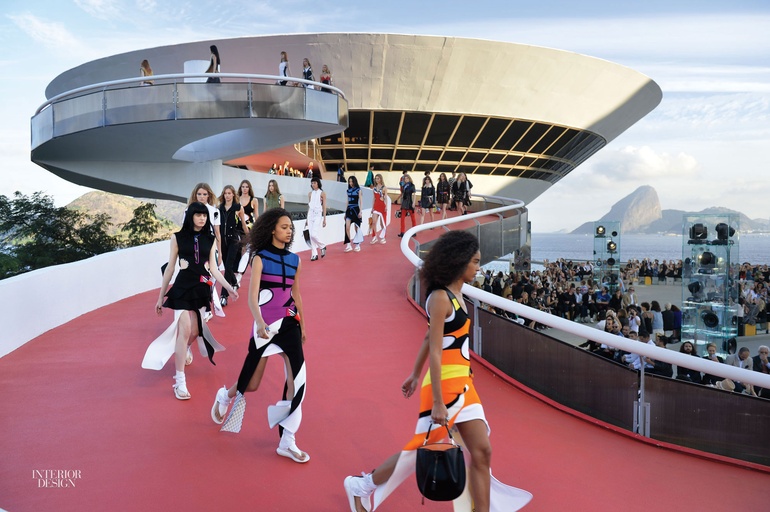 Back when Coco Chanel was starting out, she set up a modest catwalk in her own Paris atelier. The sole focus was the clothing. While that didn’t prevent her from becoming a legend, Karl Lagerfeld of today’s Chanel isn’t the only one now looking to runway shows as a way to heighten a label’s personality. (He’s created a faux supermarket and, most recently, a rocket ship.) Creative directors are employing set designers and architects or commandeering significant buildings and interiors in the quest for elaborate stagecraft. Even museums mounting costume exhibitions are getting in on the action.

The same converted New York warehouse as a stage for stacks of men's fall-winter suits or transformed into a ceramic-tiled swimming pool for spring-summer womens wear.

Raúl Ávila's installation, covered in lichen and moss, in the middle of the felt runway at New York's Spring Studios.

5. Museum of Arts and Design

The Office for Metropolitan Architecture's women's and men's fall-winter Milan shows divided by just a wooden partition, with domestic furniture as seating on both sides.

A ceiling installation descending down the back wall of Paris's Pavillon Cambon Capucines for the women's fall-winter show.