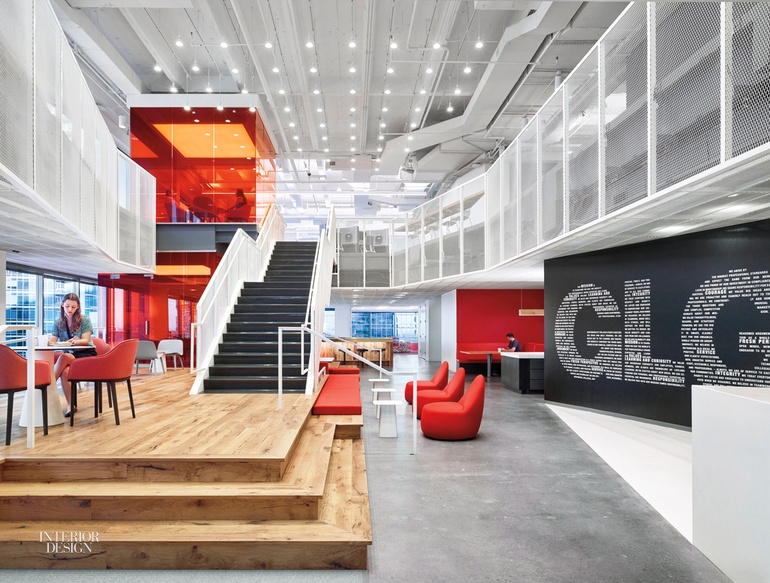 After designing the headquarters of this professional networking and consulting company, Interior Design Hall of Fame member Clive Wilkinson knew a thing or two about corporate priorities and tastes. He applied that knowledge when the time came to expand a satellite office to 42,000 square feet. While reprising some key elements, he simultaneously invoked a location-appropriate Texas vocabulary.

The big move, commensurate with the size of the Lone Star State, was to cut a hole in the slab between the two levels to create an atrium. “It insures connectivity for the dense workplace,” he notes. The atrium is furthermore an echo of the one at headquarters. Though that version is skylit, both feature a statement-making white floating staircase. The new stair descends straight through the center of the atrium to land on a stepped platform built from rustic oak, pure Texas. “The wood references the Austin porch, and the painted steel mesh of the stair balustrades nods to the fencing that keeps cattle in,” he says with a laugh.

As at headquarters, meeting rooms are color-coded glass cubes. Office areas are spread over both levels and loosely divided into four neighborhoods. No one has a fixed place of work. Except for the barista at the espresso bar.