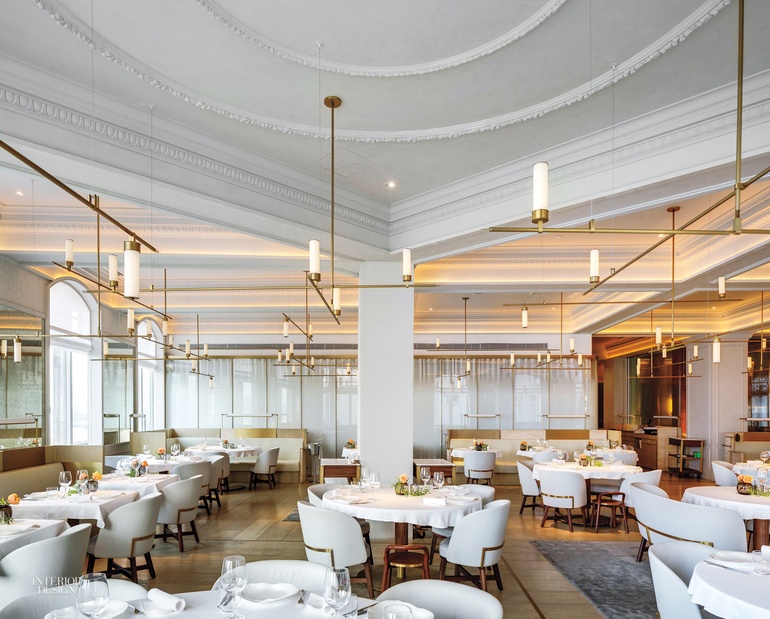 Lightening and brightening classic French cuisine, Jean-Georges Vongerichten gained fame. The chef asked Interior Design Hall of Fame members Lyndon Neri and Rosanna Hu for a similar approach when the time came to update this restaurant in a British colonial landmark on the riverfront Bund. As with any good dish, success would depend on the best ingre­dients. First, an excellent stock—prepared with 1916 beaux arts bones. “We respectfully renewed the original plaster moldings and cornices,” Neri says. They were even re-created in places. Demolition revealed Doric columns, supporting arched doorways, and their mottled patina lends an earthy crunch to the creamy rooms.

This was the first refresh of the 9,200-square-foot restaurant since it was completed in 2004 by Neri and Hu’s mentor and employer at the time, Hall of Fame member Michael Graves. In fact, they worked on the project. “That made it imperative for us to pay homage to the past while looking to the future,” Hu says. A recipe that’s nothing short of delicious.