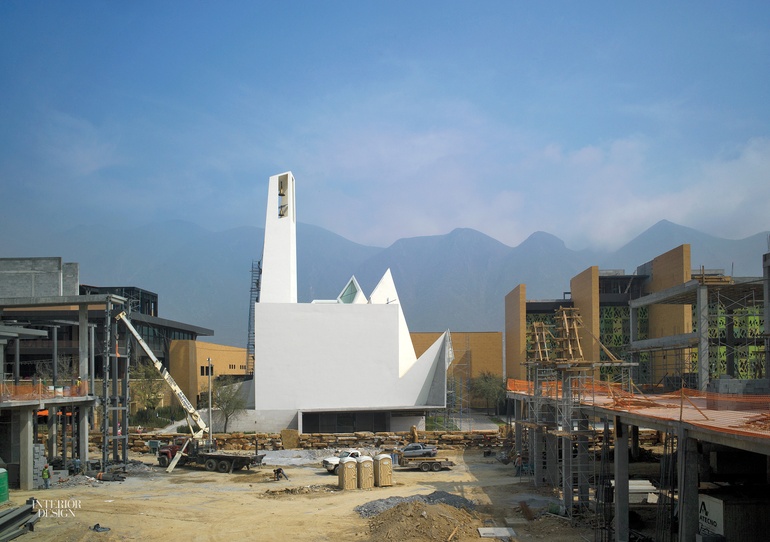 Responding to the landscape’s looming mountain peaks and the strong, subtropical sun, Belén Moneo Feduchi and Jeffrey Brock gave a Roman Catholic church a jagged exterior featuring a quartet of pointed shafts capped by skylights. Each shaft is oriented toward a different direction to control the way sunshine falls on and passes between worship areas. “It creates the quality of sanctuary,” Brock says. And artificial lighting is often rendered unnecessary, increasing the serenity.

Although the traditional basilica form was an influence, the inclined planes, trapezoidal volumes, and cantilevered entry of the 17,500-square-foot structure proclaim the architecture as contemporary. Mortar applied to the reinforced concrete shell was tinted off-white, a contrast with earth-toned neighbors. “It stands apart,” Moneo adds. The color was chosen, more specifically, to complement a local travertine found for the building’s base and for interior elements including the altar. Pews, the ceiling of the nave, and many other elements are white oak. A patchwork of stained glass nods to early Christian churches. The two bells, meanwhile, are cast bronze. They’re housed in a 140-foot-high tower, a new beacon for the city.