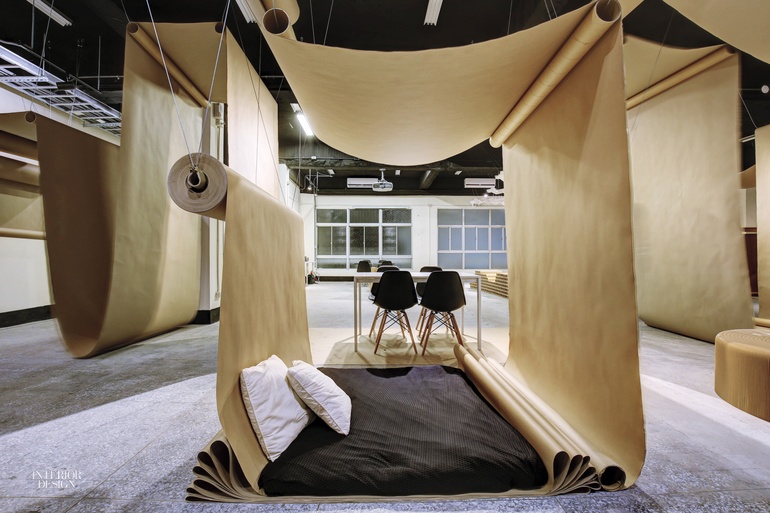 Sharing happiness is a worthwhile goal, as almost anyone would agree. And that was the motivation behind opening a self-service café, operated on an honor system. Approached to design the project, Johnny Chiu responded with the idea of paper. What if we could make? a space where you can be a child, happy to draw on everything? he thought. Why don’t we even create furniture out of paper? So that’s precisely what he did—with about 12,000 linear feet?on which customers can leave drawings or inspiring messages for whoever happens to drop in next.

Using rolls of brown paper thick and strong enough to resist dripping coffee mugs not to mention shuffling feet, he constructed a surprisingly graceful collection of nooks, tunnels, canopies, beds, and even a paper pup tent for romantic tête-à-têtes. The rolls can unfurl to reveal clean, new writing surfaces or wind back up to transport to different locations. (The lease for the current 4,300-square-foot space, in former military barracks, is temporary.)

According to Chiu, customers haven’t been shy about adding to the mélange: “After two weeks, it was like wow.” Words and pictures were everywhere.