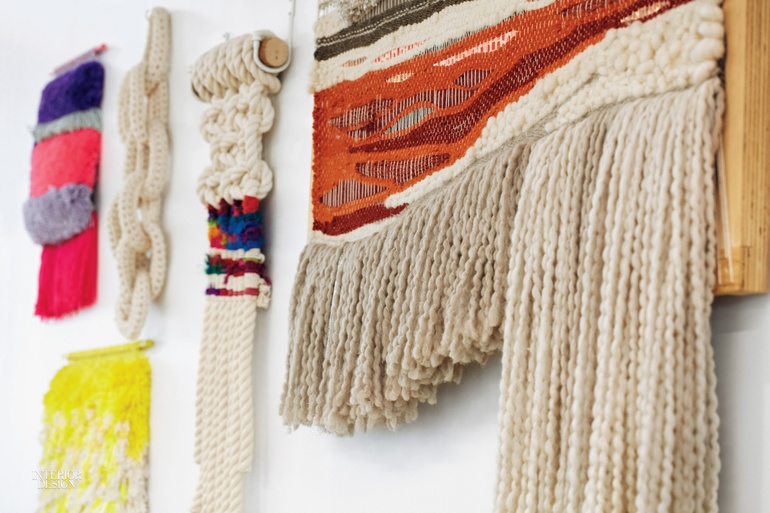 Many technology companies permit employees to work wherever they want, unconfined to an assigned cubicle. But Etsy takes that libertarian notion to an extreme. At the crafty tech giant’s headquarters in Brooklyn, New York, there’s an unheard-of ratio of 1:1 task chairs to lounge seating. Forget hot desking. “We call it not desking,” Etsy capital projects manager Justine Chibuk says.

Sure, coders tend to stay rooted at their dedicated maple-topped workstations, but seemingly everyone else is roving. You’ll find staffers lap­topping at communal tables in the pantries that supplement the Eatsy cafeteria, having confabs in sun-drenched areas alongside lush plant walls, and crunching spreadsheets in the garden. Some seating areas are placed inside Etsy-crafted “maker huts”—think giant tea cozies that can be tethered to the floor and ceiling. Employees needing a break can recline on the library’s ombré braided rug, meditate in the glass-fronted “breathing room” on the wellness level, chill on the roof decks’ benches, or stitch a stocking for Santa in the maker space, which is equipped with a sewing machine and a letterpress.

Little of that could have occurred previously, when employees were spread out among various suites in another building. A major upgrade in every way, the new HQ designed by Gensler consolidates the 500 staffers in a single location. Nestled in the “tech triangle” between bridge on-ramps, the nine-story, 225,000-square-foot structure is actually two buildings, erected in 1927 and 1949 and joined to serve as a Jehovah’s Witness printing plant. “The space was in surprisingly good shape,” Gensler design director John Mulling begins. “It was basically an empty shell with beautiful concrete floors that we left as is.” Mulling even preserved the green-painted window frames.

The project was unusual for many reasons, from the square footage devoted to amenities to the degree of client involvement. “It was highly collaborative, with multiple visioning sessions, a protracted predesign phase, and lots of working out problems together, live,” he continues. To keep everyone on the same page, he established four criteria against which to vet every proposed element. Would it celebrate the making process? Embody the idea of controlled chaos? Tell a meaningful materials story? Bring the outdoors in?

On top of that, Etsy requested that at least 50 percent of the furnishings be produced by its own sellers. With the exception of task seating in office areas and training tables in the Etsytorium, almost every piece of furniture and light fixture was crafted by one of 10 local studios. Genlser was instrumental in helping the makers, many of them one- or two-person outfits, as they navigated the production process. “It was like a crash course in scaling up their businesses,” Chibuk says.

Specification was complicated by the pursuit of Declare certifications. Every component and material, from cabinetry stains to fire-protection spray, had to comply with super-strict ecological and health protocols. At the project’s inception, only a dozen Declare products even existed. Now, Gensler is pursuing certification for 28 designs developed here. “We have a bigger goal of sharing those resources with others in the hope that we can make an impact on the commercial interiors industry,” Etsy corporate communications specialist Arianna Anthony states.

More than 250 pieces from the site’s sellers are throughout, which meant Mulling had to concentrate on reducing the potential for visual cacophony. “Etsy is a very expressive culture,” he says. “It was vital to develop a platform, a framework, for that expression.” So he slated specific areas for permanent or rotating installations: display cases, feature walls, even a staircase’s blackened-steel cabling. All the artful touches result in a sense of delight and discovery that’s heightened by the curved and angled circulation routes. “I don’t think we have one right-angle meeting in the entire project,” Mulling says. “One of the first floor plans we presented was very orthogonal, and the Etsy team’s faces just fell. Integrating enough crooked lines to make them happy did prove a space-planning challenge, but it was also a good throwdown!”

As a B Corp, certified for its environmental and social consciousness, Etsy was furthermore look­ing for the space to embody company values. Among them are the belief that employees should have a life outside the office. For all the thought and attention lavished on the headquarters, Anthony says, “We encourage people to actually leave the building.” A novelty in the tech world.