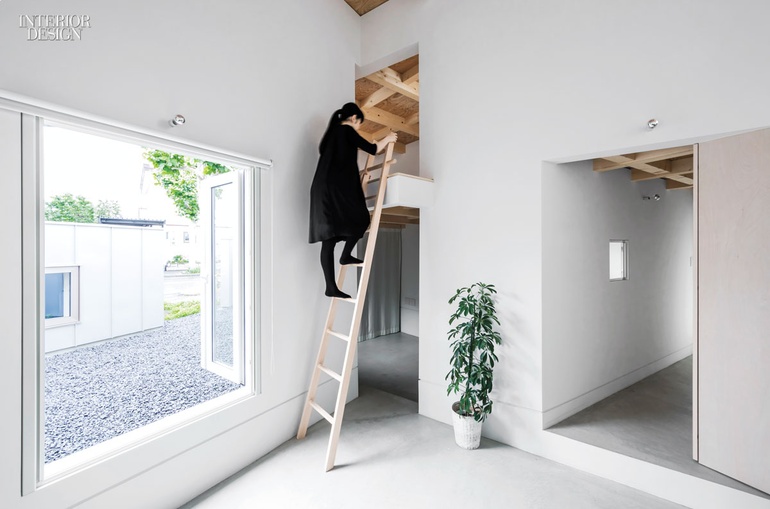 On Japan’s northernmost main island of Hokkaido, in the city of Asahikawa, stands a house that’s built on a dream. Or really two dreams. The first of them, Jun Igarashi’s businessman client explained, was to own a Porsche 911. The second was to be able to gaze at that Porsche from inside the house, where the businessman planned to live with his wife and their child.

The car was still a figment of the businessman’s imagination. However, Jun Igarashi Architects honored the latter request by prominently placing a doorway between the living room and the garage. Then Igarashi let his imagination fly.

He designed the 1,000-square-foot house as 11 interconnected boxes, sunk into the ground at varying depths and clustered around two courtyards onto which nearly all windows face—visual protection against future development in the neighborhood. The deconstructed layout, full of unusual nooks and crannies, is one that he had experimented with several times. “This type of form has huge potential in terms of the relationships with outdoor space,” he says.

Exterior siding is galvanized aluminum composite. Meanwhile, the interior is defined by white walls, exposed spruce, concrete flooring, and minimalist furnishings. The pared-down aesthetic is the perfect foil for a shiny new Porsche—whenever it arrives.