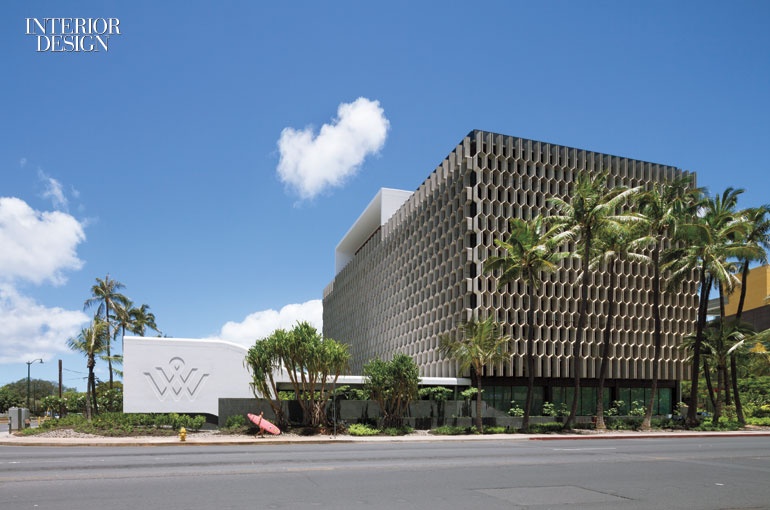 Pineapples and hula girls, bidding aloha as they have for generations, enchant visitors to Hawaii. Polynesian tradition is integral to any marketing pitch in this former island kingdom, and history is reinforced through the very geography of the place. One king wisely divided all land on Oahu into wedges that extended from relatively small points on the volcanic mountains, down across farm fields to a significantly wider crescent of seashore, with its access to fish and salt—then gave stewardship of each wedge to an overseer. Real-estate developers still routinely seek feedback from the residents who are associated with whatever slice of paradise happens to be under review. On the big screen, in The Descendants, George Clooney’s character ultimately blocks what he deems a boondoggle proposed for family land on Kauai.

In Honolulu, the Howard Hughes Corporation recently got input from descendants on plans to develop 60 acres, strategically situated ocean-side between Pearl Harbor and Waikiki, as Ward Village. The luxury neighborhood’s apartment towers, encompassing 9 million square feet, are being built by the likes of Interior Design Hall of Fame member Richard Meier, some featuring interiors by Ingrao. Ward Village will also come complete with a Whole Foods Market and a Nobu restaurant.

As existing warehouses and low-rise storefronts are supplanted, block by block, a lone edifice has dodged the wrecking ball. This 1962 office building, commissioned by the Ward family from Vladimir Ossipoff & Associates Architects, was long occupied by IBM as anchor tenant. The monumental white IBM signs bolted to the mechanicals tower probably helped, as much as anything, to save the building, since the signs are widely appreciated as a milestone, visible to anyone motoring from the airport to Waikiki.

The building was nevertheless in a sad state, degraded by ill-conceived remodels, when Woods Bagot director Patrick Daly initially visited. What he encountered was essentially a craggy atoll washed up in an ocean of asphalt. Interim owners had planned to start over on the site, and that changed only when the Howard Hughes Corporation took over. “We decided it wasn’t right to demolish,” senior vice president of development Nick Vanderboom says. Daly, among the strongest preservation advocates, concurred. “This building is quite seductive,” he says. “We all fell in love with it.”

Vladimir Ossipoff would surely be overjoyed to see the masterful makeover of his building, much of it now rehabbed as the Ward Village sales center showcasing the entire reinvented district. Daly’s most immediately noticeable moves were to repair and clean Ossipoff’s concrete brise-soleil. The flowing pattern created by the concrete modules—call it a honeycomb or an arabesque—furthermore gave Daly his primary motif for the new front courtyard, replacing a parking lot. Transposed from the vertical to the horizontal, the shapes reappear in the stainless-steel framework of a fountain and in the black granite paving amid patches of turf.

Tempering both the perceptions of heat and the traffic noise from Ala Moana Boulevard, the fountain’s splashing sounds pervade the Ossipoff verandas that Daly restored. The air-conditioning age had seen them boxed in with plate glass, draped with curtains. “You came into a lobby that could have been anywhere,” he recalls. To remedy this, he installed glass doors intended to remain open, mostly. He also constructed a one-story extension to house a lanai and mark one end of the courtyard.

Half the original ground level has been reprogrammed as a sales gallery for enquiring visitors. They begin their orientation with a history and ecology exhibition with content supplied by the Bishop Museum. At the center of the floor plate, an ovoid core contains a screening room at one end, and the other end hosts a raw bar. The core’s curved walls are emblazoned with images taken from historically themed charcoal drawings by a native Hawaiian artist—the descendants’ approval committee swooned.

The second level belongs to the Howard Hughes Corporation’s satellite office, the third level to a sales gallery. IBM, now just a minor tenant, shares the next few levels with other companies. On six, once the top level, is the marketing suite for serious apartment buyers. Tables offering brochures, flip-books, and models of the towers form a row down the center of a long open space with pale and dark floorboards laid in an exaggerated herringbone pattern. Meanwhile, model units occupy corners. On the roof, the mechanicals tower has expanded to become a penthouse VIP lounge with a glowing onyx bar adjoining a private lanai.

Though the future looks rosy from up here, the building’s future is not in fact guaranteed, given zoning that allows for much taller towers. But Vanderboom hopes to preserve Ossipoff’s architecture permanently by shifting the air rights to neighboring lots. Maybe then, after Ward Village fills out, Daly will re-renovate the building as a boutique hotel—a potential win for residents and architecture aficionados alike.