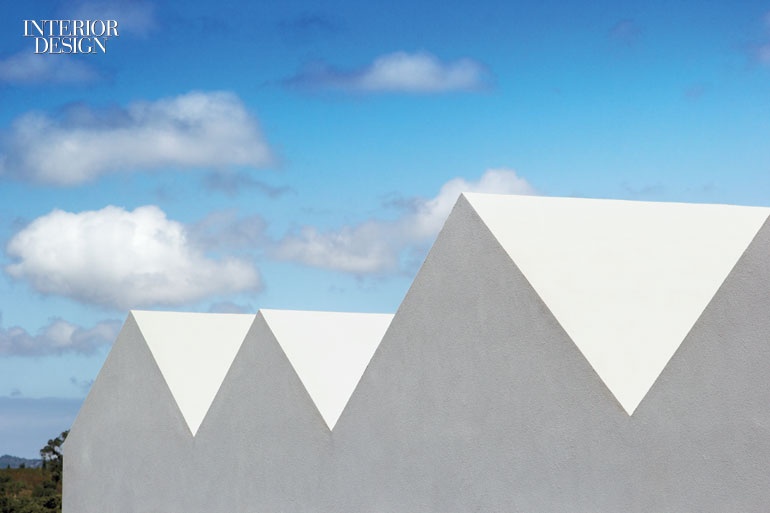 Imagining a world of lightweight tents and simple huts, of mobile structures that can pack up or be towed away, ecologically minded designers hope to protect the planet. Some are even lucky enough to act on these fantasies—think commissions for bungalows in Polynesia, an Airstream in Arizona, or, on the rare massive scale, tensile pavilions like Frei Otto’s for Expo67 in Montreal. All combine minimalist aspiration with tightly crafted construction.

Then there’s FAT–Future Architecture Thinking. Not to be confused with the defunct London practice FAT, short for Fashion Architecture Taste, this highly collaborative firm frequently connects with other architects and interior designers across national borders. (Most of whom think quite broadly but cut slender figures.) Founding principal Miguel Correia led an entirely Portuguese team for a project in the Alentejo region.

The Sobreiras–Alentejo Country Hotel, outside the town of Grândola, is an unexpected minimalist oasis in a fragile, savannalike, arid landscape. The 62 hilltop acres are scattered with scrubby vegetation—sobreiras is a type of cork tree, and olives grow alongside. Correia envisaged preserving natural charms first, then constructing a model of earth-friendly elegance. A bird’s-eye view reveals the sawtooth roofs of an irregular grouping of eight simple structures, deliberately positioned to let the trees be. With an approach on foot, meanwhile, a rhythmic scattering of gabled shapes appears. Painted the purest white, they seem to hover above the sandy ground like skirts in a curtsy, thanks to suspended foundations that reduce harmful soil sealing.

With comfort for the 24 guest rooms and suites particularly in mind, Correia tossed in a few regional tricks similar to those in found Passivhaus design, for example substantial insulation and largely windowless west-facing walls. The latter block the afternoon sun’s scorching rays, while east elevations are virtually all sliding glass doors to let in the prevailing breeze. They’re furthermore sheltered by deep overhangs and screened by rows of slender trunks from naturally felled trees, as the many imperiled species here are protected by law.

At once deceptively simple and otherworldly, the sober architecture draws not only from the Portuguese vernacular but also from such far-flung influences as West African villages. The varied roof-scapes offer an international symbol of both home and community—something missing, perhaps, from today’s modish flat-top buildings. “We re-created the centuries-old concept of a traditional Alentejo hamlet, reinterpreting it with a contemporary architectural language,” Correia says. Then he adds with studied emphasis, “It’s the Alentejo in its purest state, where the silence is deafening, and the landscape is overwhelming.”

This vivid fantasy continues inside the luminous main building, where the ceiling peaks at 15 feet. Dark-stained tree-trunk screens, cork flooring, geometric wool rugs, and an impressively gnarled cork-root cocktail table warm up the gray-scale upholstery of the seating. Travelers familiar with Alentejo’s typical houses will instantly recognize the vibe. On the other hand, reflecting FAT’s award-winning commissions in Europe, Africa, and South America, a few notions borrow from far afield: Kalahari lodges and Patagonian mountain camps, perhaps, or prefab hunting cabins. The neutral palette extends to the guest rooms, where, hung above the headboards, botanical illustrations from old science books allude to local vegetation. White partitions, which reach up and fold neatly back before hitting the slanted ceiling, leave the clean-lined bathrooms open at one end. Through that aperture, each gets a slightly different glimpse of the outside.

It’s all about the view, folks. And for good reason. The wilderness experience is the hotel’s main sell. In addition to the private guest porches, a tiled terrace flows from the lounge and restaurant to the pool, after which the spectacular sky takes over. Neat walking paths bring order to the restrained landscaping, making clear the domain of the developed versus the natural—where conservation-minded visitors step carefully. Though Correia and his FAT team members never uttered the words global eco-tourism, clearly this is its next wave.