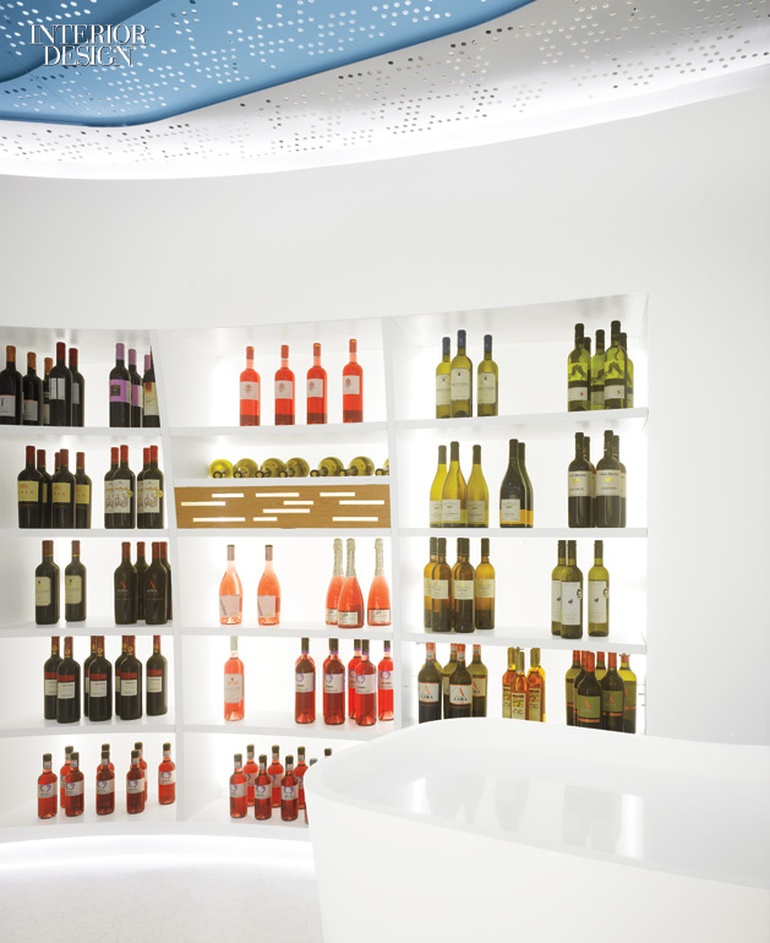 Not only a showcase for top-notch Greek products, from wine to cosmetics, Pandemos Agora is itself a product of Greece. Prefabricated sections of the store’s displays were trucked 1,650 miles from Athens to Luxembourg for on-site assembly. The unusual solution suited not only the budget—labor costs are lower in the crisis-hit nation—but also KLab Architecture’s process. “We’re used to working like this,” principal Konstantinos Labrinopoulos explains. “We do a lot of houses on the Greek islands, and they’re not easy to visit.”

The name of the store instantly announces its nationality: Pandemos means public, and agora was the word for marketplace in ancient Greece. However, Hellenic kitsch was not in the picture. “No statues, no Parthenon,” Labrinopoulos says. Since many northern Europeans have holidayed in the Greek islands, he decided on an abstract reinterpretation. “It’s like stepping into someone’s home on Mykonos. The architecture consists of soft, white curves, which have a certain irregularity,” he explains, adding that the lighting, a combination of fluorescent and LED sources, suggests bright southern sunshine. “Customers come in from rainy Luxembourg—and experience the intense light of the Aegean.” In this pristine setting, the products, notable for their beautiful packaging, are displayed like precious objects in a museum.

One restriction in the lease for the 550-square-foot storefront, which had just been renovated by the landlord, was that the existing floor and ceiling couldn’t be altered. So Labrinopoulos simply concealed them. Vinyl, in white and a carefully researched shade of Aegean blue, covers the wooden floor. And floating below the gypsum-board ceiling is a canopy in similarly graduated colors. Its powder-coated aluminum was furthermore laser-cut to create a perforated honeycomb pattern, an allusion to Greek honey for sale.