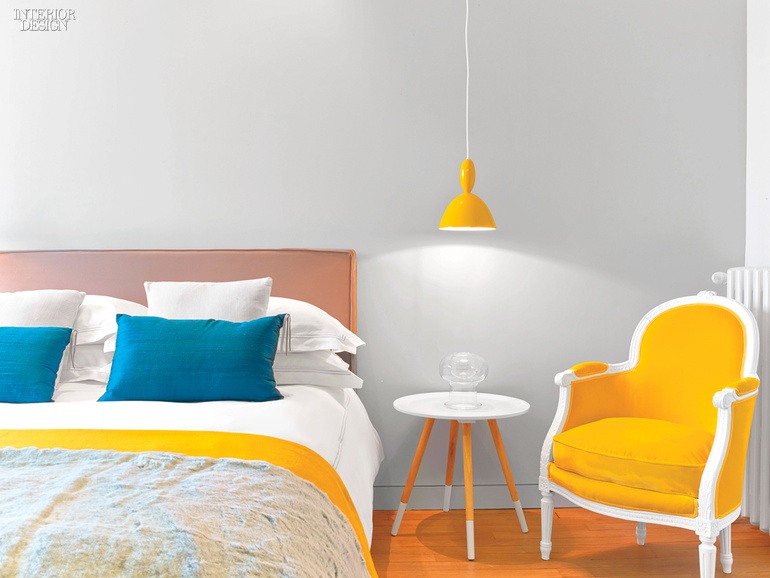 When a Paris professor, Sylvie Lucas, decided to move back to her childhood home on the Normandy coast, choosing an architect for the renovation was a snap. A close friend’s daughter, Blandine Seguin, had recently left her job designing Apple Stores to start a firm. True, it was in the U.S., but Lucas didn’t worry about the long-distance logistics. Seguin recruited skilled local artisans to form a cohesive construction team, and Lucas contributed her in-depth knowledge of the property—this was the exact apartment where she grew up.

It already had an appealing 1,300-square-foot layout, anchored by a central corridor, and oak floorboards in nearly pristine condition. “We kept the bones but modified the skin,” Seguin says. That meant using traditional materials in strikingly contemporary ways. Along the corridor, she shifted the doorways into alignment and increased their height. Between the doors, the walls’ molded plaster creates a light-and-shadow stripe effect, a wink at Trouville’s postcard—perfect beach furniture. Stripes aren’t the only pattern. Lengths of molding crisscross the ceiling of the asymmetrical, pentagonal living room to define subtle triangles. Much splashier is the kitchen’s wall and floor tile, a combination of black-and-white pinwheels and gold-leafed crystal perpendicular lines—a decorative glimmer of Lucas’s time spent in Lebanon.