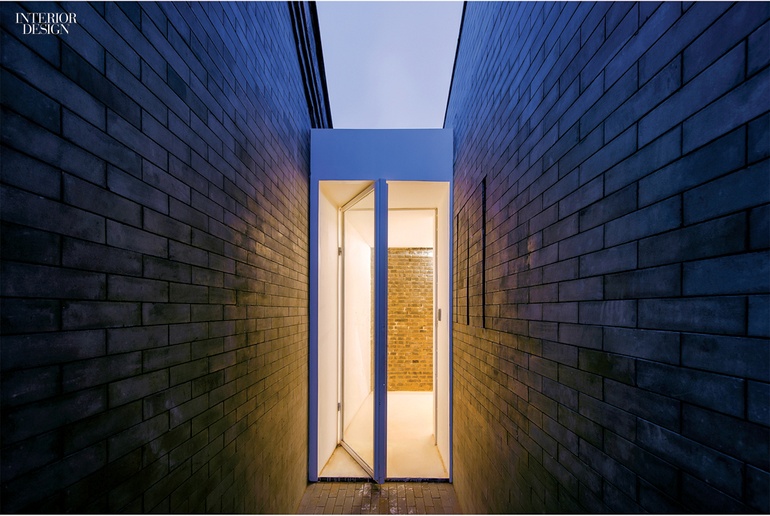 Preservation comes down to a simple question of respect, as far as principal Han Wen-Qiang is concerned. “We should activate the memory and value of old buildings through adaptive reuse,” he says. Which is precisely what he did with a traditional hutong, or alley, lined with a group of five houses, some dating to the Qing dynasty. Used as workers’ quarters and most recently as a private club, these gray brick structures with clay-tiled roofs now form a 5,000-square-foot L shape configured into six separate dining rooms.

To enter from the street, patrons first walk down a narrow passage, then open the steel-framed glass door at the end. Such crisp contemporary solutions subtly heighten the emotional and aesthetic impact of the historic architecture. Old-new contrasts continue throughout. In circulation spaces, weathered elm columns rise from the white epoxy floor to meet the white-painted concrete ceiling. LED fixtures are cleverly concealed on top of a heavy wooden structural beam, indirectly lighting one of the houses.

And curved glass walls not only enclose courtyards, lined with gravel and planted with bamboo, but also front the separate dining rooms, preserving sight lines while offering the privacy so prized in China’s capital city.