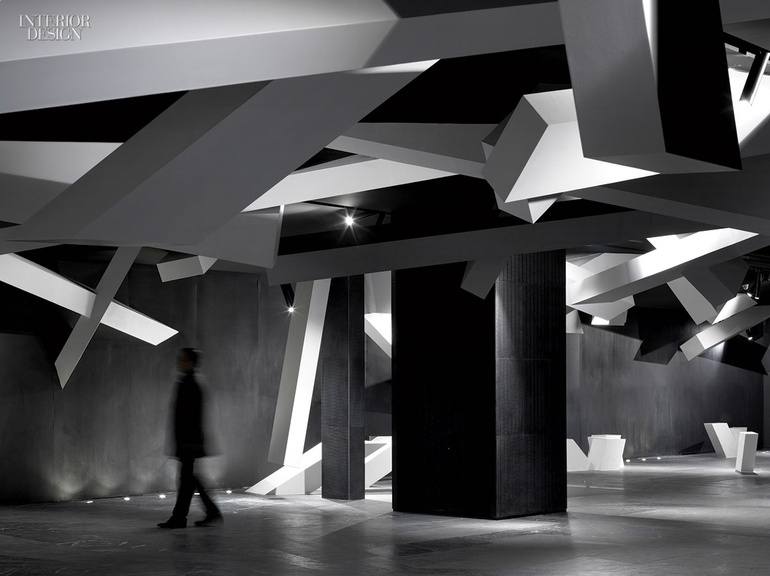 Multiplexes are often paeans to blockbuster banality. Think: tired red carpet and retractable belt barriers. Not so for this 67,000-square-foot, 11-screen theater for the Hubei Insun Cinema Film Company. Inspired by sci-fi adventures and psychological thrillers, design directors Ajax Law and Virginia Lung dreamed up a noir scheme that would make audience members “think they had walked into a movie,” Law says.

In the mise en scène of black-and-white with canted lines, the drama is palpable. The lobby’s concession stands and cashiers’ desks are tucked into the bottom of oblong powder-coated steel volumes that shoot down from the ceiling “like meteors,” Lung notes. Other swooping boxes, which terminate in diffusers for LED fixtures, loom forebodingly overhead—oversize searchlights or security cameras surveying the scene. A touch of color comes from yet another suspended rectangle, this one wrapped in LED screens that play trailers or, on occasion, loop kinetic supergraphics. Things quiet down, both figuratively and literally, inside the theaters, thanks to myriad echo-dampening felt-clad shapes covering nearly every millimeter of walls and ceilings.