Indoor cycling has its devotees, even fanatics. For those who desire something a little more stylish than another anonymous basement gym, there’s Ignacio Cadena and Michel Rojkind’s glass-fronted street-level temple to exercising both body and mind. 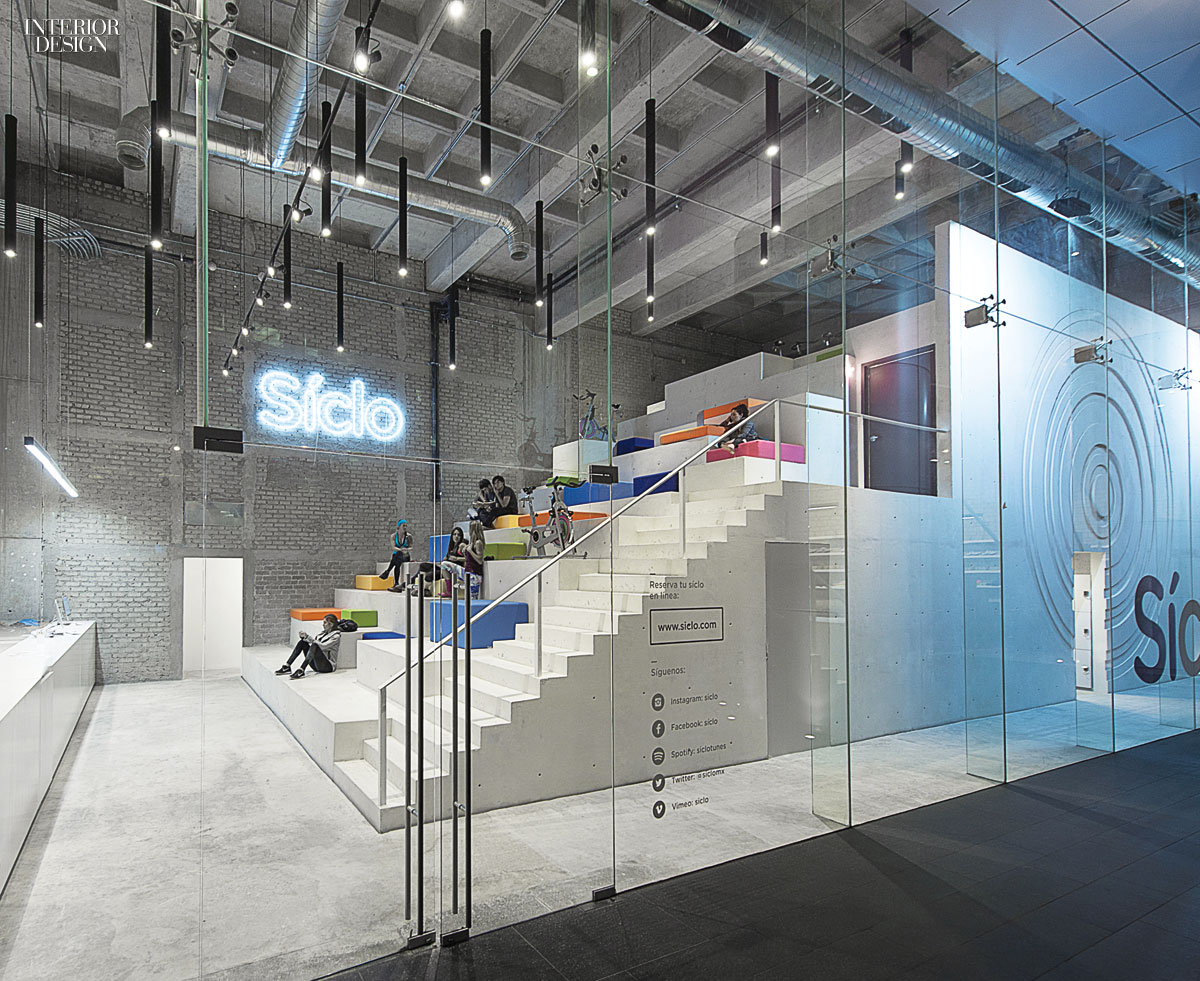 “The challenge was to activate the interior as if it were an open, public space,” Ignacio Cadena says. The solution? Enclosing the two cycling studios, which are stacked, plus one of the two changing rooms, inside a stepped concrete monolith—then leaving the rest of the 4,500 square feet mostly raw. The result is part velodrome, part pyramid with clear references to ancient Mexican architecture. 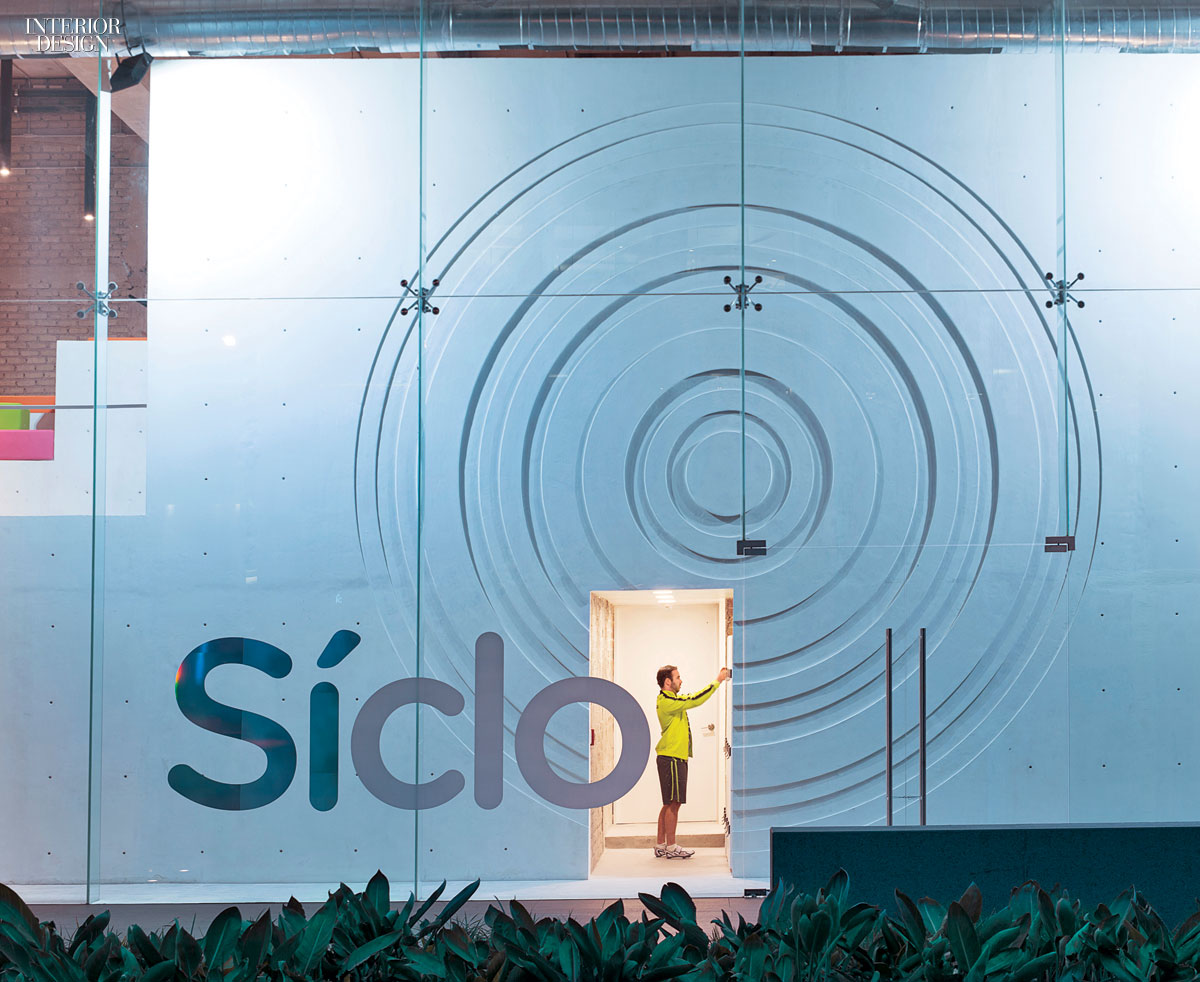 Black-painted lighting tubes descend from the ceiling, while the studio’s logo glows in white neon like a moon on the exposed brick of the rear wall. Bright colors enter the picture with the cushions energizing the steps of the pyramid. Cyclists can use the cushions to rest and stretch, while others show off the hard-won results of all that pedaling. “Human interaction unfolds to the world outside the glass, like an object showcased in a shop window,” Cadena explains. Talk about the great indoors. 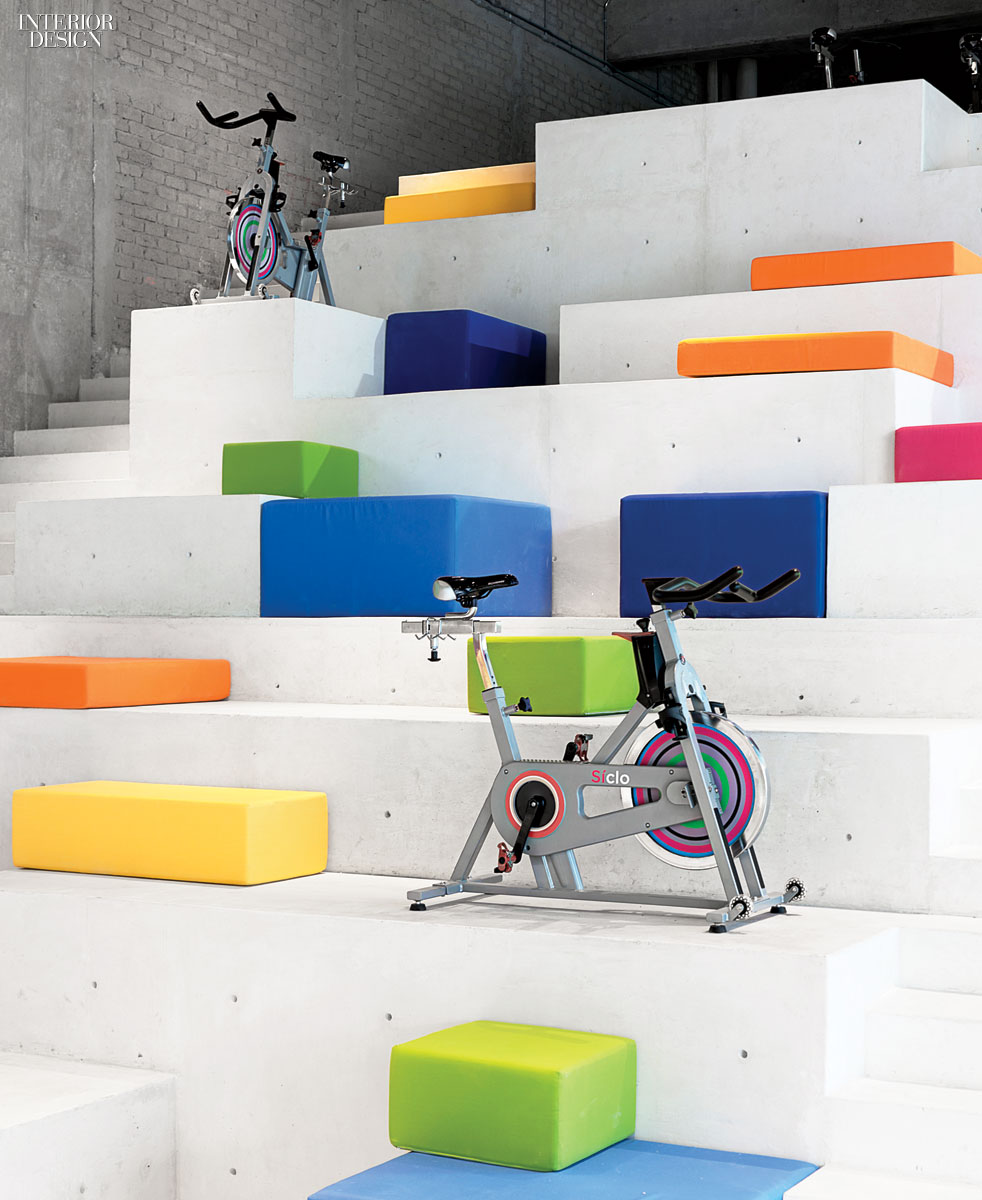