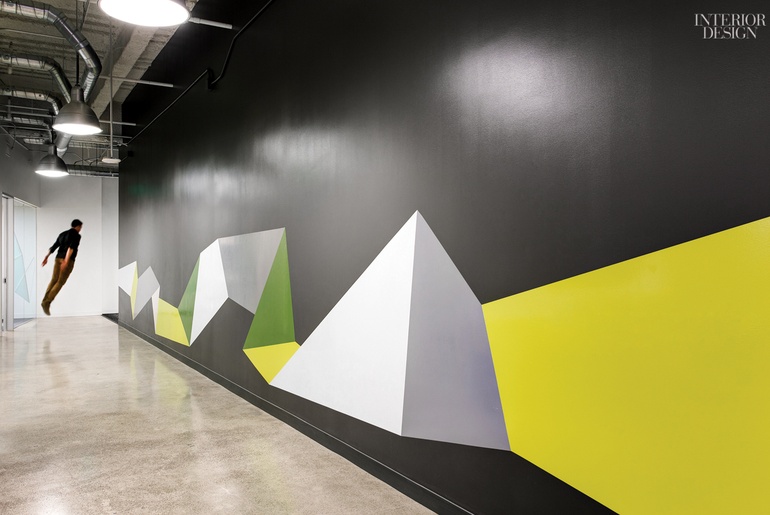 The special effects in Hollywood blockbusters and the seismic retrofitting of San Francisco’s Bay Bridge are just two of the engineering marvels Autodesk has made possible. The company also provides the software that architects use the world over: Revit and AutoCAD, the gold standard in computer-modeling. So it made perfect sense that in designing offices for the company, Gensler would exploit the techology’s capabilities. “Early on,” design director Kelly Dubisar says, “we even used Autodesk to do a 3-D scan through the walls to uncover hidden problems.”

The project is the firm’s most recent for the client, which has been steadily expanding its LEED Platinum complex on the Embarcadero waterfront. This phase entailed renovating 35,000 square feet, spread across a trio of adjacent towers, one of them landmarked. “The project was at a pivotal intersection,” Dubisar notes. Spaces needed to be connected spatially—via two new bridges—and visually, for community building and aesthetic cohesion. The latter goals were achieved through graphic treatments and color-coding. Artwork played a role, too: A faceted sculpture, for example, hangs in the employee café. Its powder-coated steel planes, envisioned with Autodesk software, derive from the 3-D printing process, which the company is taking to the masses through its DIY website, Instructables.

One of the bridges linking the buildings, the Park, is a lounge featuring real potted trees and a digital display of a campfire. “There’s not a ton of green space in downtown San Francisco,” Dubisar explains, “so we brought some in, but in a tongue-in-cheek way.” On the canary-yellow ceiling, further brightened by cove lighting, “Autodesk” is emblazoned in painted aluminum letters—a placement ensuring it’s highly visible. “It was a way to plant the flag, so to speak,” the designer says.

The company name may be writ large, but the pantries are scaled on the smaller side, purposely, so staffers will venture out and support local businesses. Design influencing behavior for the benefit of others? Now, that’s true community spirit.