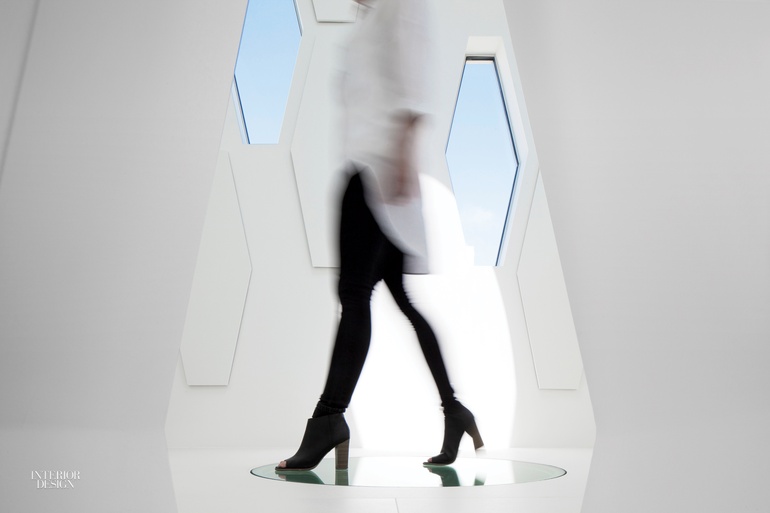 Prime beach-adjacent real estate in sunny Redondo Beach, south of Los Angeles, is scarcely ever associated with the words dark and enclosed. They’re coming from Patrick Tighe, who describes his longtime clients’ 1987 house, before he got his talented hands on it, as “not a nice experience.” Remodeled—make that essentially rebuilt—the house is now classic Tighe: white, bright, and ultra-contemporary. Simple only seemingly.

He gives the backstory. Mark and Jane Garrison, a doctor turned entrepreneur and an animal-rights activist, had lived there a few years before bringing in Patrick Tighe Architecture to renovate. The firm was ready to being construction when the Garrisons shelved the project and bought another place. But the stellar location proved irresistible. They returned two years later, and work resumed.

Sunlight and views were, naturally, key considerations for the site, a long lot with one narrow end street-front and the rear looking toward the Pacific Ocean. Tighe therefore began by devising a series of unusual windows. Instead of squares and rectangles, he opted for the hexagon. “It complemented the scale of the building and brought pattern into the mix,” he says. Pushing and pulling the six-sided shape vertically and even outward, he turned a protruding volume that houses the two largest windows into a traffic-stopping giant “eye” in the smooth white plaster-coated facade.

Smaller hexagonal windows are scattered profusely around the new corner stair tower. Wrapped in gray corrugated aluminum, a chiaroscuro complement to the white plaster, the tower is every bit as arresting inside as out. As the switchback staircase rises from the main entry to an  oculus three levels above, sunlight pours down not only through the open risers but also through glass circles set into the landings. What about guests with a tinge of vertigo? Tighe suspended a wire mesh screen down the center, ostensibly for the timid to grab onto. Really, it’s there to contribute a kaleidoscope of shadow-play throughout the day—one of his signatures.

For the truly timid, an elevator connects the four-car garage, mostly below-grade, to the bedrooms on the ground level, the public space as an open continuum above that, and a study at the top. (From there, an exterior staircase continues to the roof terrace.) That adds up to 3,800 square feet.

Materials are few: large rectangular white porcelain floor tile, white walls, and anodized aluminum window frames. “We pared the palette down to what was needed,” Tighe says. “It’s crisp and clean, but there’s just enough pattern and texture to keep from being boring.” In the den, at one end of the public space, pattern and texture come courtesy of white-painted MDF hexagonal panels. He used them to line a wall also punctu-ated by windows that are, yes, hexagons.

Next to the den, in the center of the floor, is the kitchen, gleaming with white cabinetry, quartz-composite counters, and a stainless-steel cylindrical range hood. At the far end is the living area. Ceiling heights help to differentiate the function zones: single-height in the den and kitchen and double-height, with a skylight, in the living area.

Further distinguishing the zones are furnishings. That’s where kismet and David Dunn enter the picture. He and the Garrisons met randomly while hiking in Palm Springs, where they own a weekend house, and he lives full-time. The three got to talking. A few months later, David Dunn Architecture + Interiors had been hired for the house back in Redondo Beach.

Priority number one was “being respectful of what Patrick did,” Dunn says. “Mark and Jane told me they liked that minimal look.” They also planned to keep some of their existing furniture. For the rest, Dunn hit the showrooms as well as the drawing board. He went lean and low for the living area’s sofa, designing it 8 feet long with a 14-inch seat height and choosing vintage chartreuse velvet for upholstery—the filling is man-made down rather than feathers, since the Garrisons are strict vegans. And he made the cocktail table, a white-lacquered disk, just 10 inches high.


In the study at the top of the house, Dunn went Italian with a Giulio Laz-zotti desk topped by Michele De Lucchi’s inimitable task lamp. A treatment down in one of the guest rooms, however, is anything but classic. Dunn selected a wall covering with a pattern of enormous flies, the work of celebrity photographer Don Flood. It’s a wonder the minimalists-in-residence agreed to it. But Flood turns out to be their neighbor in Palm Springs. 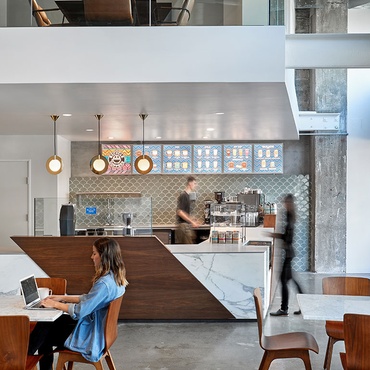 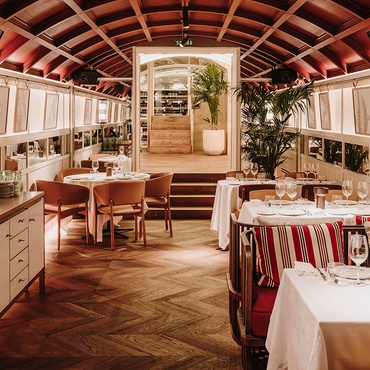 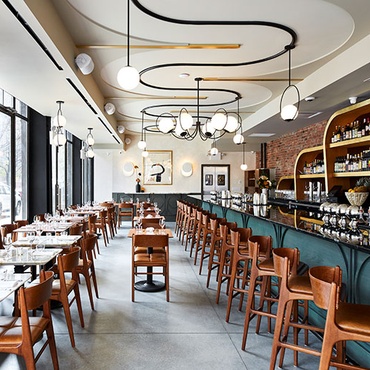