Luxury at the Ends of the Earth: Awasi Is a Rustic Chilean Getaway 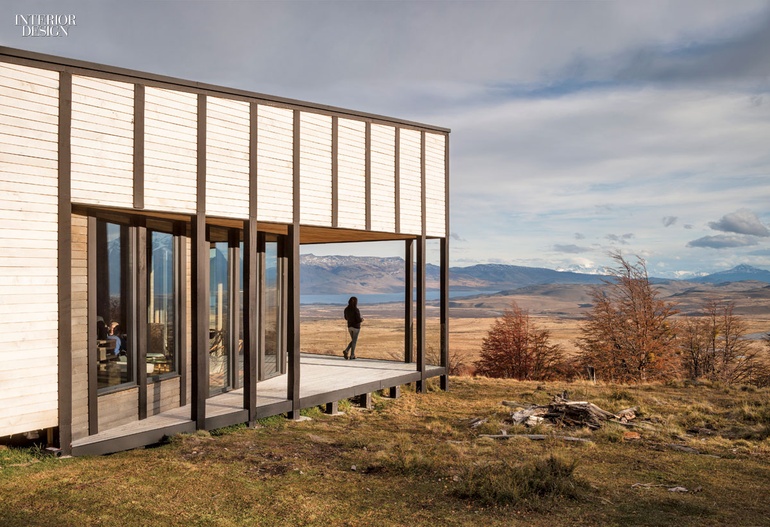 Where the grassy plains meet the Andes, in the Chilean part of Patagonia, lies Awasi, a rustic-luxe getaway designed for reveling in nature. The Relais & Châteaux hotel is in Torres del Paine, merely miles from the Parque Nacional Torres del Paine. And the park’s craggy granite peaks and glacial lakes are visible from the large windows in every structure that Felipe Assadi Arquitectos constructed on Awasi’s 237 acres.

“We decided that none of our buildings would interrupt the vastness of the pampa,” Felipe Assadi says, adding that maintaining the silence of the far-flung location was also paramount. To that end, there are only 12 guest cabins dotting the meadow around the lodge, which houses reception, the lounge, and the restaurant.

For those interiors, Paula Gutierrez Erlandsen y Asociados also took cues from the surround­ings. “I brought the outdoors in by introducing nature through wood and fabrics,” Paula Gutierrez explains. Her palette was inspired by the colors of such plants as lichen and an evergreen shrub native to Chile. White, in both warm and cool shades, echoes nearby snowcapped moun­tains. For the public spaces, she went for earthy adaptations of contemporary furniture and mid-century classics.

The remote geography presented its own challenges. One was finding workers. Another was the short building season inevitable in such a cold climate. For those reasons, the cabins were prefabricated in Punta Arenas—the nearest city, at about a five-hour drive away.

Assadi’s primary reference for the architecture was the one-story ranch houses common in Patagonia. His interpretation not only harmonizes with the surroundings but was also easier for the workers, who felt at home with the style. That’s fitting, since in Tehuelche, the language of an indigenous Patagonian tribe, awasi means home.