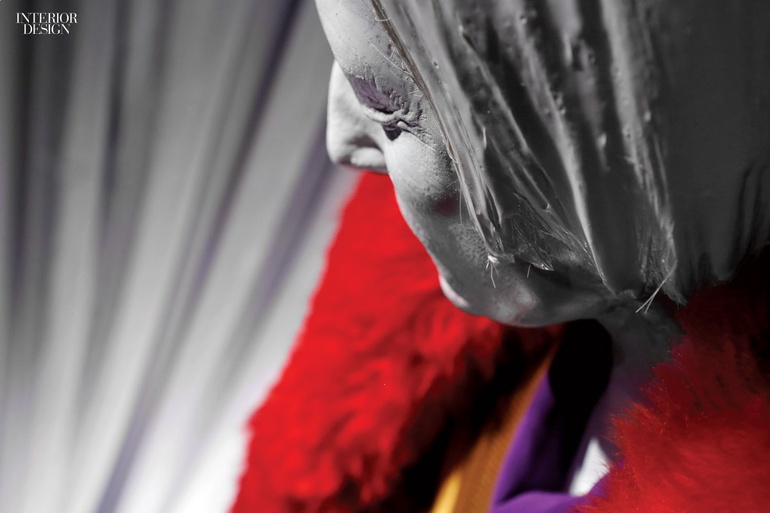 Haunting, stirring, ambiguous. The Prada windows at Barneys New York were all that. “Ten people would give 10 different interpretations,” Barneys creative director Dennis Freedman says. “But that’s part of our windows’ DNA, to have an element of theater, content that goes beyond an article of clothing.”

Prada’s own runway show in Milan had been inspired by German avant-garde art. Freedman’s quartet of windows took cues from that. “But we had no intention of replicating,” he notes. Instead, he added his own muses to the mix. Mid-century theater director and set designer Tadeusz Kantor, who used mannequins along with live actors in his productions, was a major influence. Merce Cunningham and Philip Glass were additional ones.

To create the mannequins, Freedman made molds of three real people, in a total of six positions, then had the results cast in polyurethane resin. “We intentionally showed every line, the texture of a face that has lived,” he explains. With the clothes providing virtually the only color, each tableau contained a man and a woman figure, never facing each other the dramatic tension between the two suggesting longing and isolation. That psychological aspect linked directly to Miuccia Prada, known for her exploration of nonstandard notions of beauty.