A Taste of Japan: Hotel Ambassador & Spa by Ali Tayar 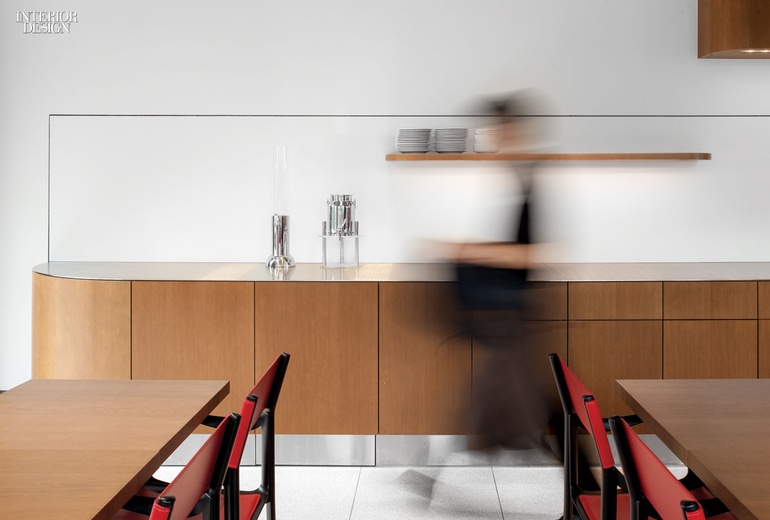 If it weren’t for the Alps in the distance, guests at Bern’s Ambassador & Spa might be forgiven for thinking they were not in Switzerland’s capital but Japan’s. The 1970’s property, part of the business-caliber Fassbind Hotels chain, already had a well regarded teppan­yaki restaurant, overlooking a gravel courtyard raked like a Japanese garden, when Ali Tayar’s namesake firm began formulating its make­over of the public spaces. “Marc and Claudia Fassbind really liked those elements,” Tayar says. “We gave them an update, then applied a cleaned-up cross-cultural aesthetic to the rest of the public spaces.”

As with previous Swiss projects, Tayar relied on a local collaborator, GHZ Architekten’s Stefan Gerber, to complete the gut renovation at the Ambassador. The 14,700-square-foot project encompassed the hotel’s two lower levels. On the ground level, the reception area and lobby introduce a suite of conference rooms. On two, an additional conference room joins a bar, a bistro that doubles as a breakfast room, and two restaurants, including a redone one for teppanyaki.

The pair of restaurants actually share a large space. At the rear, enormous red hoods hang over teppanyaki stations, while the straight-backed geometries of the chairs evoke Frank Lloyd Wright’s Imperial Hotel in Tokyo. The front, occupying a vast bow window with a view across the Aare River, belongs to a French restaurant.

Red carries through as the primary accent. “It’s a very Japanese color,” Tayar says. Note the powder coat on the cylindrical ceiling fixtures angled over the bar, on the armatures supporting domed ceiling fixtures throughout, and on the paneling of the wall alongside the staircase. Under the stairs, water gurgling in a pool provides a Zen soundtrack.

At the base of the stairs, the floor gained a striped terrazzo pattern in the International Style mode. A rug in reception and car­pet in the conference rooms are printed with a pattern based on Japanese raked gravel. The nearly all-oak envelope of the smallest conference room gives it the tidy feel of a bento box.

A screen outside this space identifies it as the Nagoya conference room. Nearby are Osaka, Kobe, Sapporo, Kyoto, and of course Tokyo.