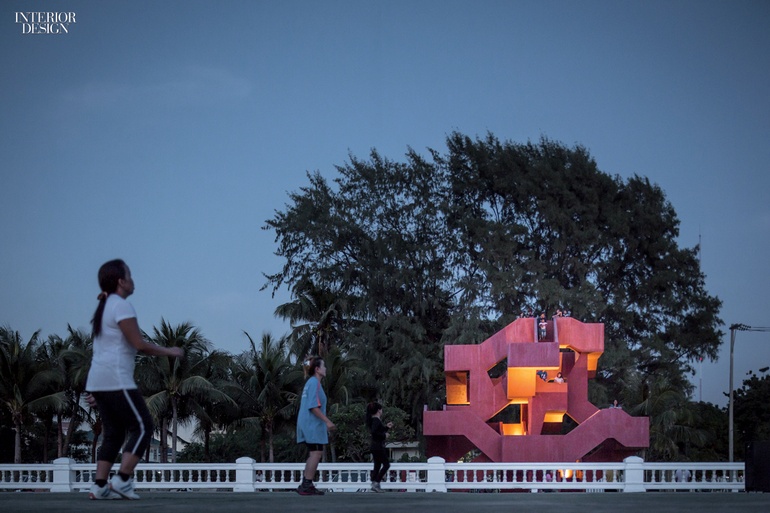 When Thailand’s largest manufacturer of building materials, the Siam Cement Group, hit its centennial, it decided to celebrate by giving back to its hometown of Bang Saen, a small beach community southeast of Bangkok. Specifically, the birthday gift incorporated three phases. A library was built first, followed by a multipurpose pavilion and finally a playground.

Supermachine Studio handled the playground. Instead of designing purely for children, founder Pitupong Chaowakul envisioned a place where their parents would enjoy spending time, too. So, inspired by the trippy optical illusion of the staircases in M.C. Escher’s Relativity lithograph, Chaowakul spent six months constructing a 26-foot-tall tower in concrete surfaced with reddish tinted plaster.

Once the wood scaffolding came down, the tower instantly delighted kids with its confounding paths while satisfying the adult need for exercise—each journey to the top burns 10 calories, he calculates. And every night, when the LEDs turn on, the project becomes an artful advertisement for two of the Siam Cement Group’s most important products.