Big Ideas: Id Designs An Apothecary and Spa in Handa 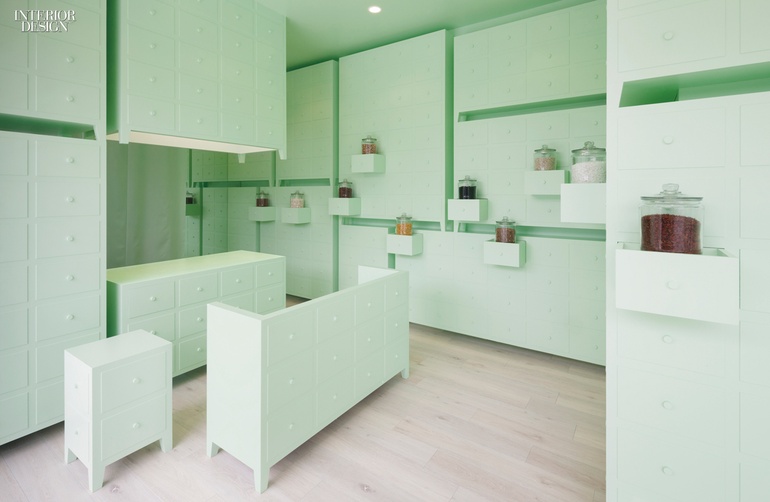 Western medicine largely replaced Japan’s traditional herbal kampo at the end of the 19th century. Today, the Japanese are mixing the two, with kampo remedies prepared according to strict regulations.

“Particularly among women trying to get pregnant and people with chronic pain, alternative medicine is experiencing a resurgence, since it’s considered safer and less stressful for the body,” Seiji Oguri explains. His architecture firm, Id, meaning well, was therefore a fitting choice to design the Sumiyoshido Kampo Lounge—which sounds like a bar but is actually an apothecary and spa—in the city of Handa.

Half of the 560 square feet is devoted to the apothecary, where the fresh mint green of the storage-display system targets a youthful aesthetic. (Though it looks like there are hundreds of drawers, a nod to traditional apothecaries, only 25 open.) Clinical white takes over in the spa, which offers acupuncture and even a therapy that employs dried mugwort. Alternative indeed.