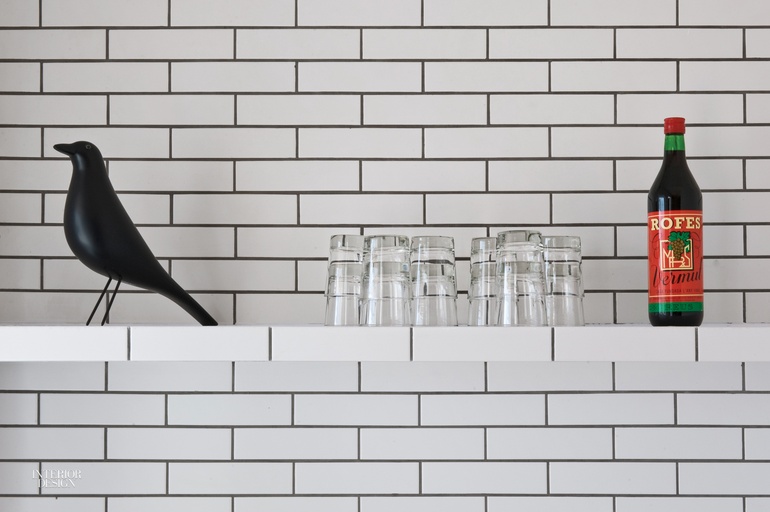 The dust from the Spanish financial crisis was still settling when two architects, Italians living and working in Barcelona, made a very profitable investment. Matteo Colombo and Andrea Serboli happened to have a friend who was having trouble selling his elderly parents’ apartment. It had been languishing on the market for years.

A 1960’s addition to an art nouveau building, the penthouse was consequently lacking the decorative details found below. The 1,900-square-foot layout was also an awkward barbell shape. Add to that long-term neglect, and you have something unsellable.

Now it’s unrecognizable. That’s thanks to Colombo and Serboli’s intuition that the property would make an ideal vacation rental. “Everyone thought it was creepy,” Colombo recalls. “But the location is really, really central.” So they took the plunge, equipped with a budget equivalent to $95,000, plus the design talents of Colombo and Serboli Architecture. (CaSA, get it?)

One end of the barbell became the public space: an open kitchen, breakfast nook, and living area, plus a sitting area that becomes virtually alfresco when a huge window folds back and an adjacent roof terrace that’s much more pleasant now that an aluminum balustrade has given way to an iron railing. Four bedrooms and four bathrooms, three en suite, share the other end. “Everything was demolished. Every surface changed,” Serboli notes.

Bringing the outside in drove the design. To give the illusion that the terrace is larger than the actual 110 square feet, its trellis appears to continue into the sitting area, where identical pine planks run across the ceiling and down a wall. And the same terra-cotta tile is used in both places. Meanwhile, the breakfast nook’s counter seems to transition outdoors. It stops at the sill of a huge arched window—which had inexplicably been bricked up—then starts again as the top of the terrace’s dining table.

Bright color enters the picture in the bedroom wing, introduced by the central corridor in teal and green. In each of the glassed-in bathrooms, the paint matches the square ceramic tile. That makes it easy for vacationing groups to remember who goes where. Teal, green, yellow, or pink?