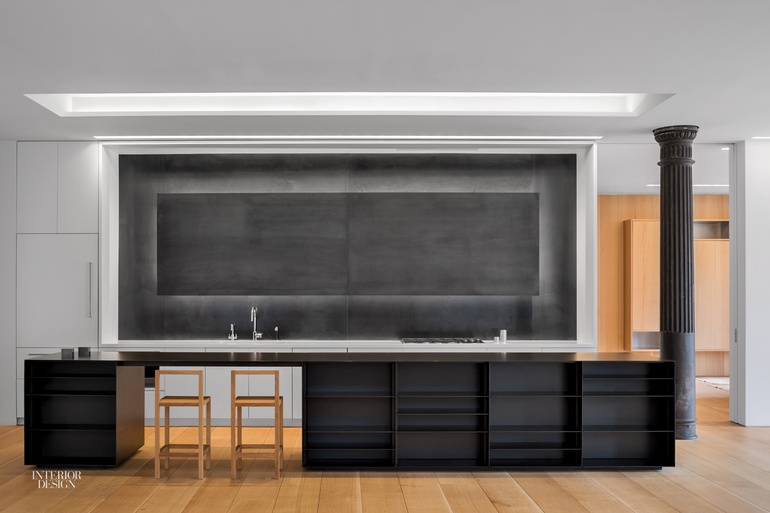 It was a milestone for Desai/Chia Architecture. Just a couple of years after founding the firm, Arjun Desai and his wife, Katherine Chia, combined two New York artists’ lofts into this sweeping apartment, 5,000 square feet with windows on three exposures. “We came in and knocked down all the walls,” Katherine Chia recalls. The floating oak floor was stained medium gray, the overall aesthetic the epitome of 1990’s minimalism.

In the years that followed, photographs of the design attracted clients, and it essentially stayed the same until the apartment sold, recently, to an aspiring photographer in search of a live-work setup. Bringing back Desai/Chia was the idea of the real-estate broker, who’d also handled the earlier sale. The broker’s suggestion was just to add a powder room.

That sparked months of intense conversation during which almost everything was up for grabs. “We kept the cast-iron columns and sections of the gypsum-board ceiling,” Arjun Desai says. “But it was pretty much a gut.”

The tone is warmer now, thanks to 12-inch-wide blond oak floor planks. “Natural materials bring the color in,” Chia says. Marble floor slabs provide the pattern in the bathrooms, where walls are matte white solid-surfacing.

Unlike the previous owner, the new one is a champion at dishes from Middle Eastern kabobs to classic American roast chicken. Thus her kitchen is gourmet-grade, fronted by a massive blackened-steel island. An almost equally wide plate of the metal dominates the back wall, the hovering effect produced by backlighting.

Stools for the island pay homage to Donald Judd. The architects and the photographer are big Judd fans, as further witnessed by the bona fide chairs and table in the library. As for the dining table, it’s actually a pair of Judd-simple concrete pieces that Desai/Chia designed for the apartment’s first incarnation. They survive as a monument to the old days.