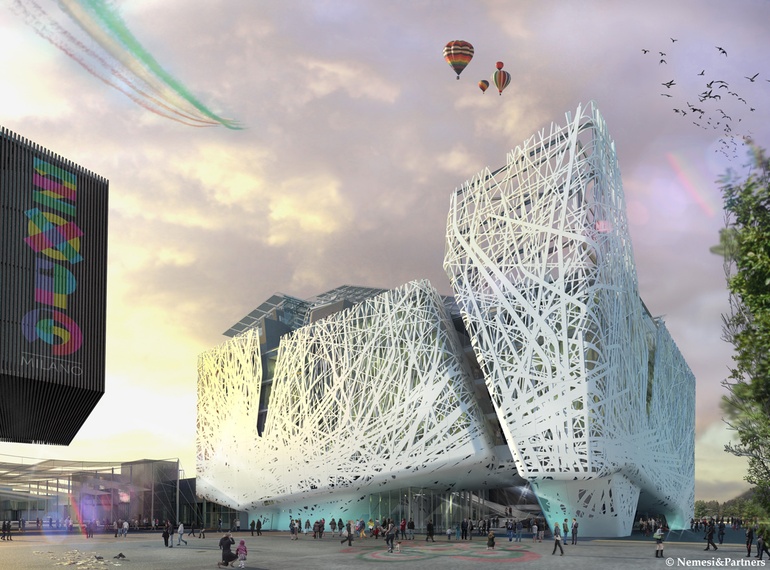 The upcoming Expo Milano 2015 is inevitably dominating the architectural headlines in the Italian city this year. Occupying nearly 250 acres to the northwest of the city, the master plan developed by an international panel of architects including Jacques Herzog, Stefano Boeri and Ricky Burdett is based on the ancient Roman layout of two perpendicular avenues. It will accommodate the pavilions of more than 140 countries, alongside thematic and corporate buildings by leading architects including Foster + Partners, Vo Trong Nghia and Daniel Libeskind.

The Italian Pavilion designed by Rome-based firm Nemesi & Partners will be one of the only buildings to remain after the Expo and features facades intended to evoke intertwined tree branches. The Expo opens on May 1 and follows the city’s annual design week in mid-April, which means the city's hotels will be bursting at their seams this spring.

Other high-profile projects due to complete this year include David Chipperfield’s City of Culture complex, which repurposes a former factory in the creative Zona Tortona district and will accommodate a range of cultural facilities including an art school and archaeological museum. Rem Koolhaas’ firm OMA has also announced that its art foundation for fashion brand Prada will open in May, featuring a bar designed by movie director Wes Anderson.

Local architect Stefano Boeri recently completed a pair of tree-covered residential towers in the city’s Porta Nuova district, which has been undergoing significant renewal since the late 2000s. The project is called Bosco Verticale, or Vertical Forest, and the 900 trees and 2,000 plants lining the buildings’ facades provide a pioneering sustainable statement.

As part of a large mixed-use public and private development under construction on the site of Milan’s old Fiera exhibition center in Rho-Pero, two residential complexes designed by Zaha Hadid Architects and Daniel Libeskind have welcomed their first occupants. The landmark apartment buildings will eventually be joined by three office towers by Hadid, Libeskind and Japanese architect, Arata Isozaki, as well as amenities including a public park and shopping district.

One of the city’s most talked-about openings of the past year occurred in September, when twin brothers Dean and Dan Caten launched Ceresio 7, a poolside restaurant on top of the Fascist-era office building where their Dsquared² fashion label is based. The interior by Emiliano Salci and Britt Moran of Dimore Studio has a cosmopolitan and homely feel resulting from the eclectic medley of custom-made items and vintage furnishings.