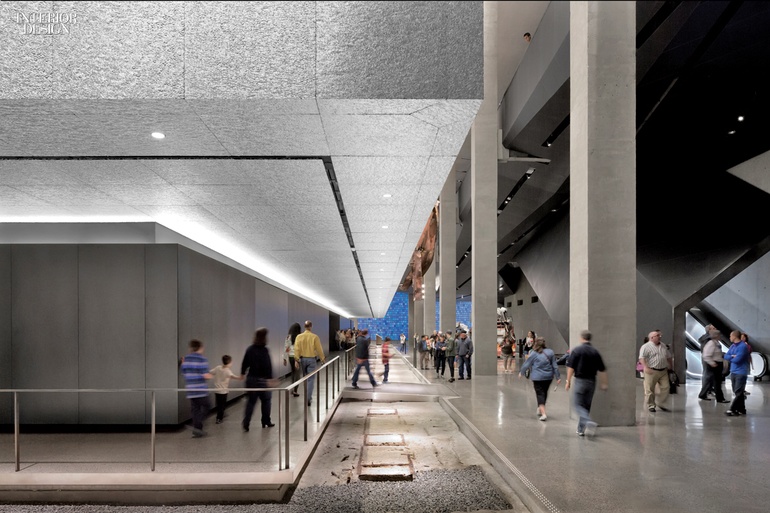 When the World Trade Center’s twin towers fell in the 2001 attack, their foundations survived. Truncated structural columns remained once debris was removed, along with the roughly textured slurry wall built, even before the twin towers were, to hold back the Hudson River. All now feature prominently in the museum that commemorates the tragedy.

Collaborating with several high-profile firms, partner Steven M. Davis pushed through eight years of politicized planning and construction to complete the 110,000-square-foot underground space. From plaza level, a ribbonlike ramp descends 70 feet to the Foundation Hall at the very bottom. Along the way, moved here from elsewhere on the site, stands an exterior stairway used by occupants to escape the devastation. Galleries present recorded personal accounts in addition to artifacts. The collection ranges in scale from battered wristwatches to a ravaged fire truck. Perhaps the most revered relic is a 58-ton column the eventual removal of which, in May 2002, marked the official completion of the recovery effort.