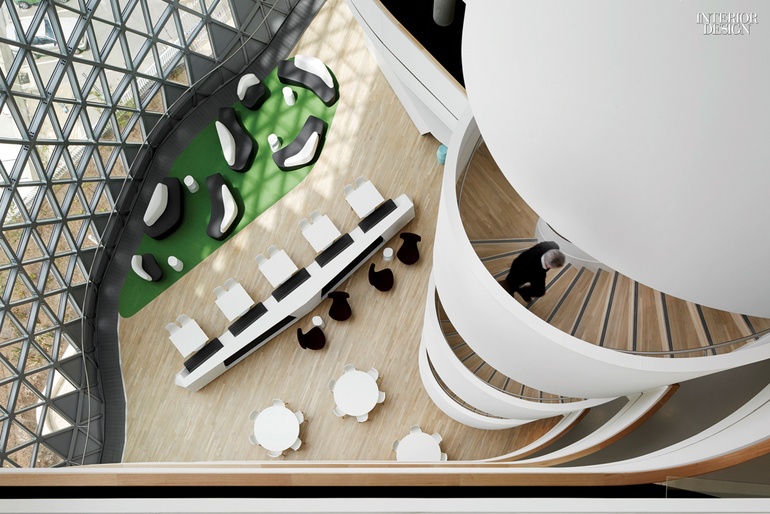 Locals have affectionately dubbed this building the Pinecone. But a conifer did not actually inspire the facade. The strong subtropical sun did.

Besides giving a science facility enough X-factor to lure world-class genome researchers, the facade serves as a screen for the glass-wrapped 300,000-square-foot interior. At opposite ends are atriums, one reaching seven stories high, the other six. The latter contains a spiral staircase linked by catwalks to labs and offices.

An ordinary curtain wall’s squares or rectangles wouldn’t be able to negotiate the curves of the long, slender building, so principal Jeffrey Holmes used triangles. Also triangular are the shading system’s modules, their depth determined in Rhinoceros and Grasshopper software: shallow to allow dappled light and parkland views into the atriums, deeper over the labs and offices, and completely flattened over the mechanical rooms, which need to stay the coolest.

By day, the powder-coated aluminum reads dark blue. At night, the interior’s bright accent colors reflect onto the underside of the modules to create a shifting, variegated skin.