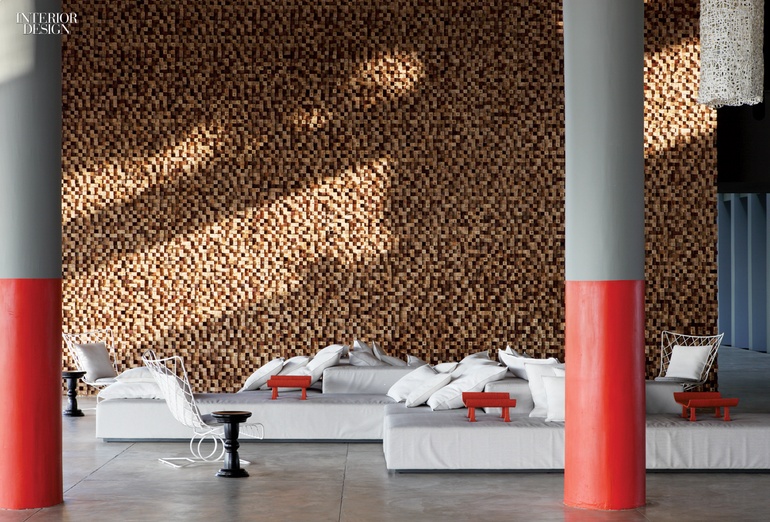 The celebrity in residence at the tip of Thailand’s Point Yamu, back in 1974, was none other than James Bond himself, Roger Moore filming scenes for The Man With the Golden Gun. In 2014, the person making news on the same waterfront site, now a resort, was an internationally renowned figure of a very different sort, Interior Design Hall of Fame member Paola Navone. Her ground-up hotel for the COMO Group features 79 rooms and 27 villas, a Sham-bala wellness retreat, and two world-class restaurants.

Navone sourced everything locally—her ability to combine contemporary design and production with traditional crafts is a trademark. The wooden furniture, for example, was made in the north of Thailand by artisans she’d encountered a decade previously when she was con--sulting for the U.N. Industrial Development Organization. Oversize graphics, meant to resemble ancient Thai language symbols, are painted in white on the ceiling of the lobby bar.

The bar’s tables and chairs are painted a deep vermilion, and she employed bright colors throughout. Bands of the same orange-red anchor both the columns in the lobby and the posts along the dock. Ceramic tile in the bathrooms is turquoise. And the bed linens are a dreamy cornflower blue.