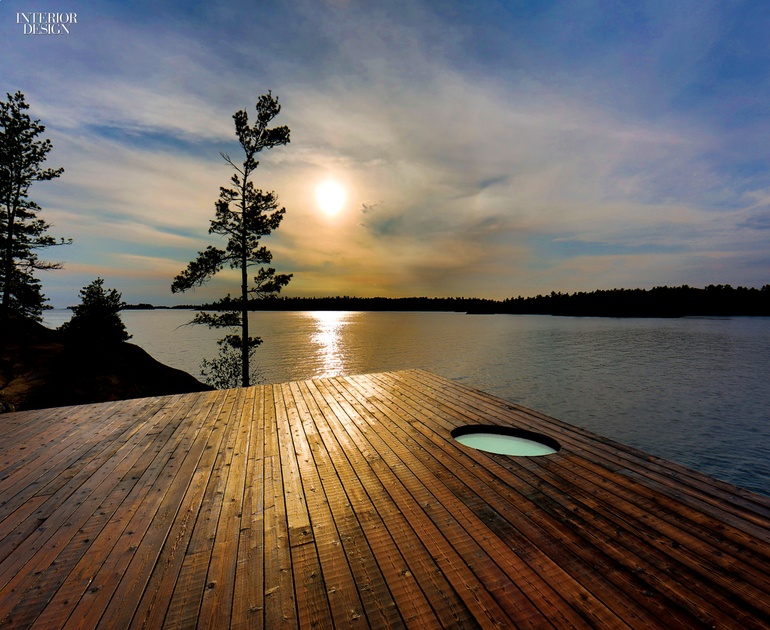 Carved by glaciers, prehistoric rock formations dot the shore of a private island in Lake Huron. “It’s one of the most idyllic, quintessentially Canadian contexts,” cofounder Alexander Josephson says. To do it justice, Josephson, cofounder Pooya Baktash, and partner Jonathan Friedman sought to push the limits of both imagination and construction with a vacation house’s stand-alone sauna. It’s designed as a man-made approximation of the glacial forms.

The trio employed 3-D technology to model the prefabricated components needed for the 890-square-foot building. Modules then arrived by boat to be positioned—by a crane parked on a barge—on top of a suitable waterfront outcropping. Once they were placed, their knotty red-cedar siding was scribed along the bottom in order to hug the irregular surface of the foundation rock.

In sharp contrast with the simple exterior, the grotto-like interior’s laminated white cedar looks sculpted as if by a glacier. (The swoops are also a way to stimulate air movement for the sauna.) And a large ovoid window captures Huron’s crystalline blue.